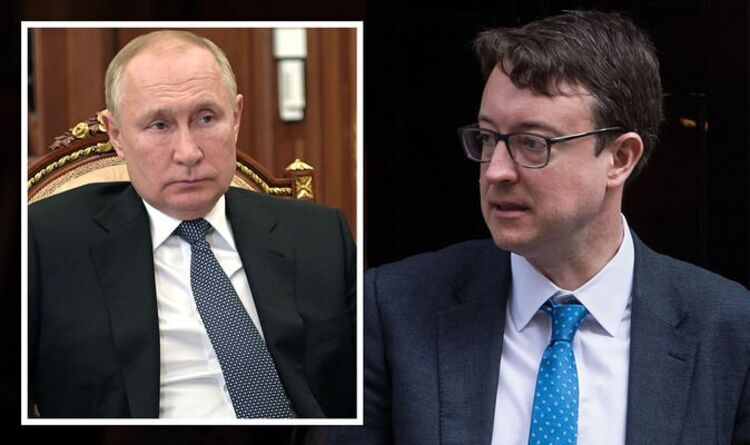 Chief Secretary to the Treasury Simon Clarke has said that the Government is planning to increase the production of North Sea oil and gas.

This, according to the minister, will help to counter the energy crisis that the UK, and Europe, is facing.

Mr Clarkle said that increased production of oil and gas will form part of the government’s strategic energy strategy which is due to be released next week.

This, in turn, will help wean Britain off Vladimir Putin’s dirty energy.

He said: “We need to get that production going to the maximum extent that we can.

“It simply would not be right to support Putin’s war in Ukraine by buying Russian oil and gas, but there are costs to that. We are very candid about that.

“The Government will be setting out our wider energy security strategy in the coming weeks. But in essence it means doing more of all of the things that we know we need to do.

While the UK only relies on the Kremlin for around four percent of its gas imports, the EU is a different story.

Members of the bloc are said to be dependent on up to around 40 percent from Russia.

According to the North Sea Transition Authority, there are around 4.4 billion barrels of oil under the UK’s waters and could be as much as 10 billion more.

Not only could this help improve the county’s energy security, but it could also make the UK a trusted exporter to countries in the bloc.

He said: “Shell wasn’t interested in pursuing this project when it was a bad look for them, but now they stand to gain billions in the midst of wartime price hikes, they’re interested again.

“Meanwhile our bills soar, and offshore workers are trapped in a volatile industry.

“With the spring statement and a new energy strategy coming up, the Government must throw its weight behind British renewables, a proper home insulation scheme and heat pump rollout, or our energy policy will be disrupted by the whims of fossil fuel giants for decades.”