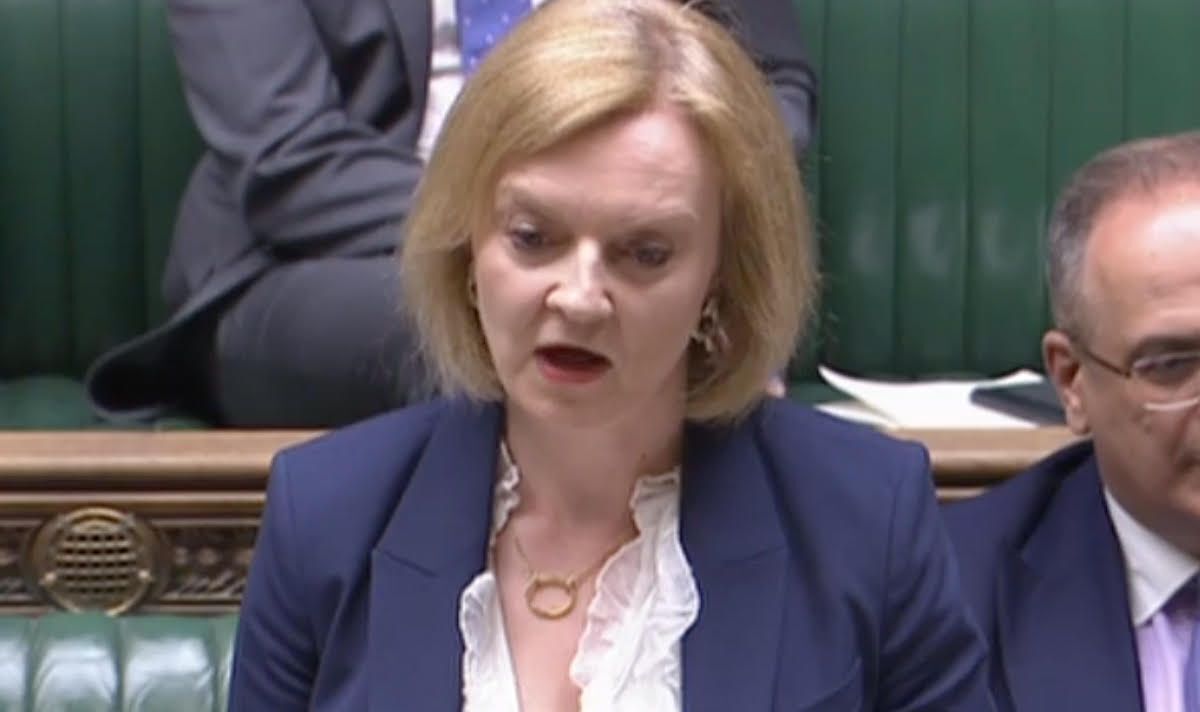 This afternoon MPs will debate the Northern Ireland Protocol Bill which looks to give ministers the power to overrule aspects of the treaty. The Foreign Secretary first unveiled the legislation last month, saying it was necessary to protect the integrity of the United Kingdom.

Unionists warn Brussels’s heavy-handed approach to customs checks between Britain and the province as part of the Protocol has undermined the UK’s internal market and is putting the Good Friday Agreement at risk.

The Government says its legislation is necessary in order to ensure the peace process in Northern Ireland is not put in jeopardy.

But the proposals put forward by ministers have angered the EU and MPs sympathetic to their argument.

The bloc claims the legislation would break the law by unilaterally changing an international pact without agreement from both sides.

Yesterday, the EU ambassador to the UK, Joao Vale de Almeida, told Sky News: “We are not dismissing but we read it very carefully and we think, to be very frank, that it is both illegal and unrealistic.

“It is a treaty that we signed, ratified and even went through a general election in this country.”

Labour, the SNP and the Liberal Democrats have already vowed to vote against the Bill in today’s vote.

Shadow foreign secretary David Lammy described the legislation as “reckless” at the weekend, while the SNP has said the proposed changes are “unthinkable”.

A number of Tory rebels are also set to join their ranks in what looks set to be one of the biggest Commons bust-ups on Brexit since the votes on the withdrawal agreement in 2019.

Simon Hoare, the Conservative chairman of the Northern Ireland select committee, is among those set to vote against the legislation.

He warned the Government it was “not too late to change course but needs doing asap”.

Setting out the reasoning behind the legislation in the Financial Times yesterday, Ms Truss said: “The Northern Ireland Protocol is currently undermining the Belfast (Good Friday) Agreement, the foundation of peace and political stability.

“Aside from its many practical problems, it has created a growing sense that the rights and aspirations of some parts of the community are being undermined.

“Ideally, we would fix these problems through negotiation, but the EU has ruled out changing the text of the Protocol.

“Northern Ireland has been without a fully functioning executive since February because of the Protocol, at the time of a cost of living crisis and many other challenges.”

She added: “We are moving forward with legislation to fix the specific problems that the protocol is causing while maintaining those parts that are working.

“This is both necessary and legal. All other options within the current EU mandate are currently exhausted.

“We will fix problems in four areas: customs and agri-food checks; regulation; subsidy control and VAT; and governance.”