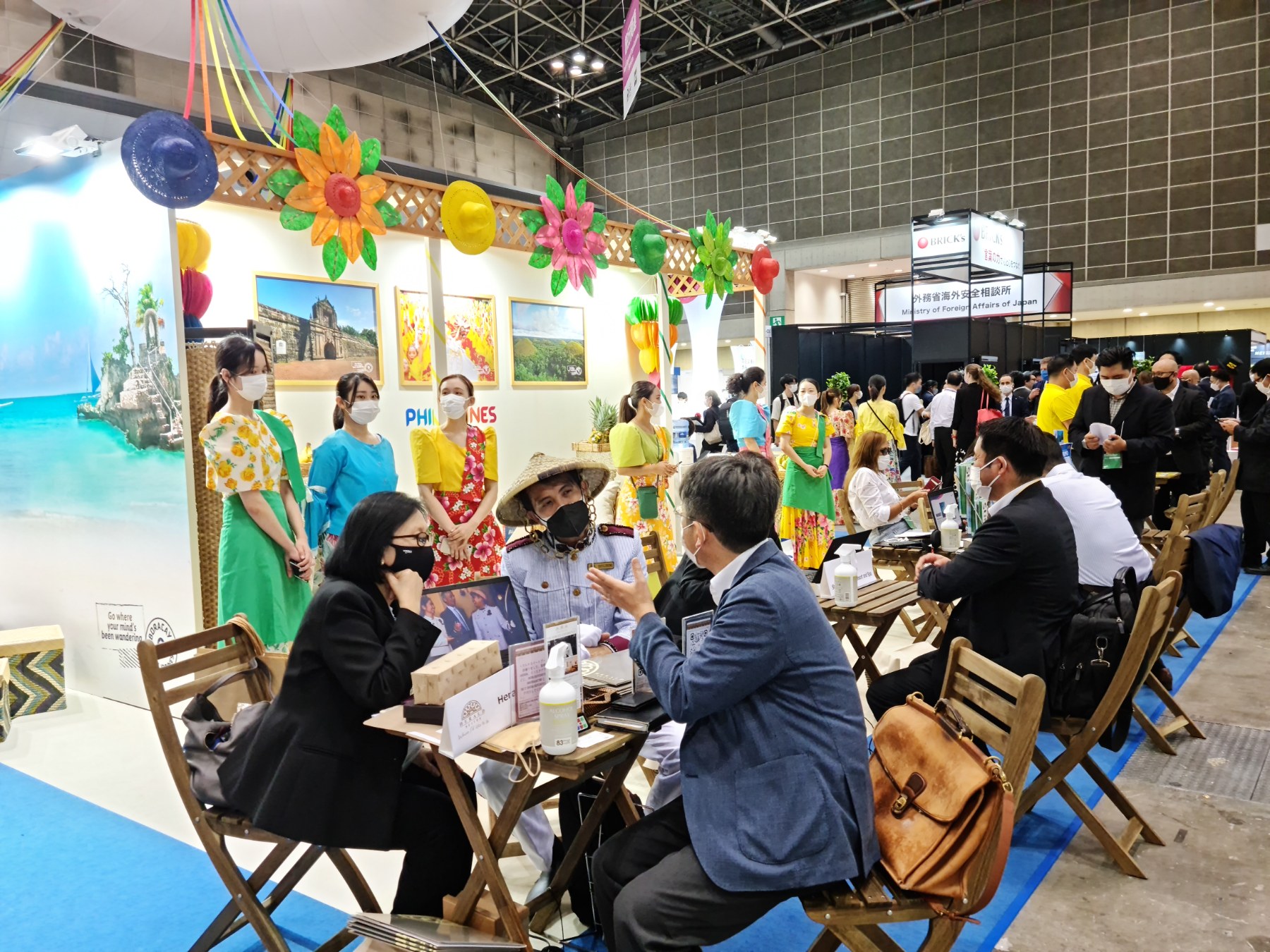 THE Philippines should expect more tourists from Japan to arrive in the next few months with the latter’s booster vaccine rate no longer hampering their outbound travel.

In a Viber message from Japan, where he is attending the ongoing Tourism Expo Japan (TEJ), Tourism Promotions Board Officer-In-Charge Charles Aames M. Bautista told the BusinessMirror, “As per latest data from Prime Minister Office of Japan, September 22, the vaccine rate for two doses is 80.4 percent, and for three doses (i.e., two main doses and one booster) is 65.2 percent of the total Japan population.”

He added, “There is a lot of interest from international and local B2B (business-to-business) buyers to visit the Philippines. Anecdotal information from buyers show that Japanese travelers have higher travel confidence now than in the previous months. The Japanese government also will be increasing the inbound tourist cap by next month.”

The TPB is the marketing arm of the Department of Tourism, and through the TEJ, the government firm is reintroducing the Philippines to Japanese travelers and tourism agencies. TPB also aims to also sustain the Philippines’ presence, and develop and renew business partnerships, not only with the Japanese market, but also with tourism stakeholders worldwide.

TEJ, which opened on September 22, will last until September 25. It is the biggest travel trade fair in Japan.

In a separate news statement, Bautista said, “Tourism Expo Japan  opens an avenue for every national tourism organization to stimulate demand for overseas and domestic travel. The Philippines has so much to offer with our 7,641 islands. This is an opportunity to showcase that beyond our amazing beaches, we get to highlight our adventure, culinary, wellness, and MICE (Meetings, Incentives, Conventions and Exhibitions) offerings.”

Prior to the pandemic, in 2019, there were 682,788 tourists from Japan, with the country ranking a consistent fourth overall, after South Korea, China, and the United States. From February 10, when the Philippines reopened its borders to vaccinated foreign tourists, to August 31, arrivals from Japan reached 46,406, making the market sixth on the overall list, after the US, South Korea, Australia, Canada, and the United Kingdom. Total arrivals for said period reached 1.37 million.

Last April, Japanese officials attending the World Travel and Tourism Council Global Summit in Manila said their country’s low booster vaccination rate has prevented most of their citizens from traveling abroad. Only travelers who are boostered can return to Japan without being quarantined. (See, “Low booster vax rate in Japan discourages holidays in PHL,” in the BusinessMirror,” April 23, 2022.)

This year’s expo is themed, “Taking on the New Era: Restart” for trade, and “Hello New Journey” for the general public. With this, visitors of the Philippines booth will be treated with culture, adventure and gastronomic offerings catering to the new and diverse trends of tourism and traveling. The Philippines will be highlighting its top tourism destinations such as Manila, Boracay, Cebu and Bohol among others.

TEJ has projected 150,000 visitors to the trade fair, with 1,800 exhibitors  present from 154 countries and 47 prefectures. The event has become an important brand exercise for national tourism offices in Asia, showcasing destination attractions and product offerings.