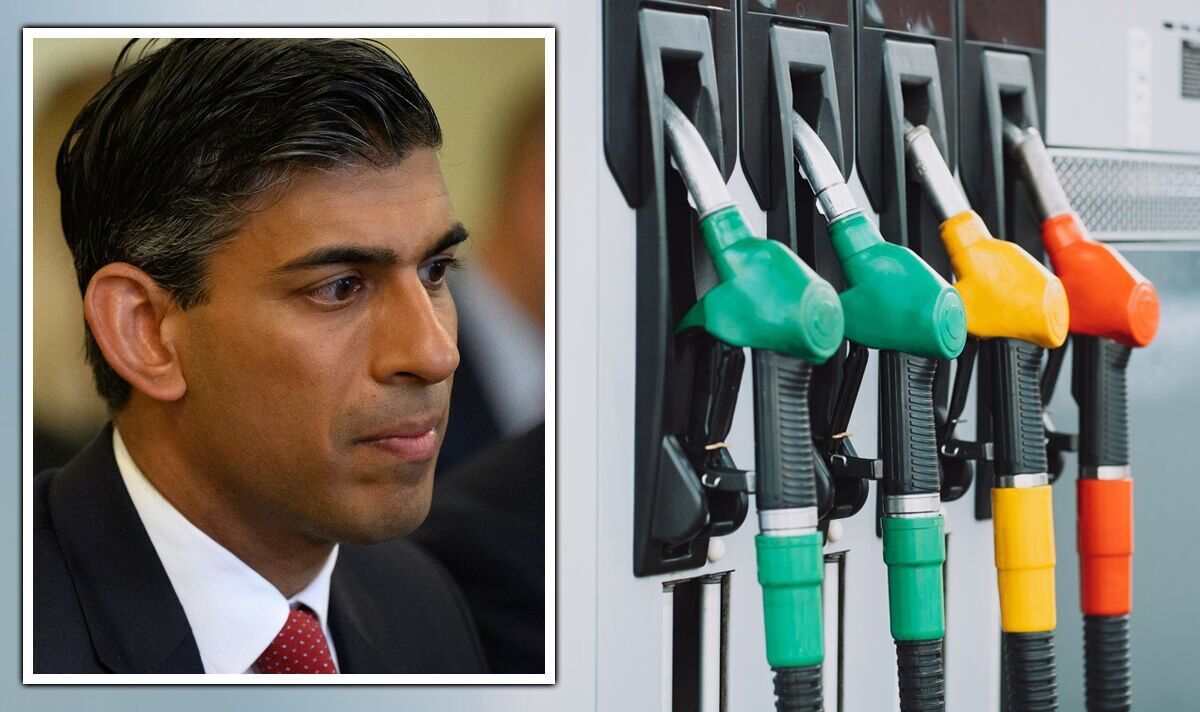 Brexiteer Sir John Redwood urged the Government to scrap a “rip off” tax in order to help Britons deal with rising costs. He insisted that it was time to “ease the squeeze”.

Data firm Experian Catalist earlier this month published data that revealed the average cost of filling a typical family car with petrol had exceeded £100 for the first time.

Simon Williams of the RAC described this as “a truly dark day for drivers”.

He added that “there’s almost certainly going to be upward inflationary pressure, which is bad news for everybody”.

In his Spring Statement, the Chancellor lowered fuel duty by five pence amid increasing concerns surrounding the cost of living crisis.

But petrol retailers were soon accused of profiteering and not implementing this cut.

Mr Sunak and Business Secretary Kwasi Kwarteng have said “the public will rightly expect to see the cut reflected quickly”.

Sir John today asked in a post on Twitter: “With petrol at £1.90 a litre, will the Treasury now cut their VAT rip off at the pumps?

“Time to help reduce inflation and ease the squeeze.”

Full Fact established shortly before Mr Sunak’s Spring Statement that out of the £1.90 per litre cost, about 90p went to the Government in the form of fuel duty and VAT.

While fuel duty has since been lowered, the VAT rate on pump prices remains at 20 percent.

Darren, a local authority worker from Nottingham, told Express.co.uk during a walkabout earlier this month that the Government “could be doing more to help people put food on the table but we’re not doing it”.

He added: “We could take VAT from other things that are needed [alongside petrol].

“That would really help the purse strings in most people’s families and help them feed the kids.”