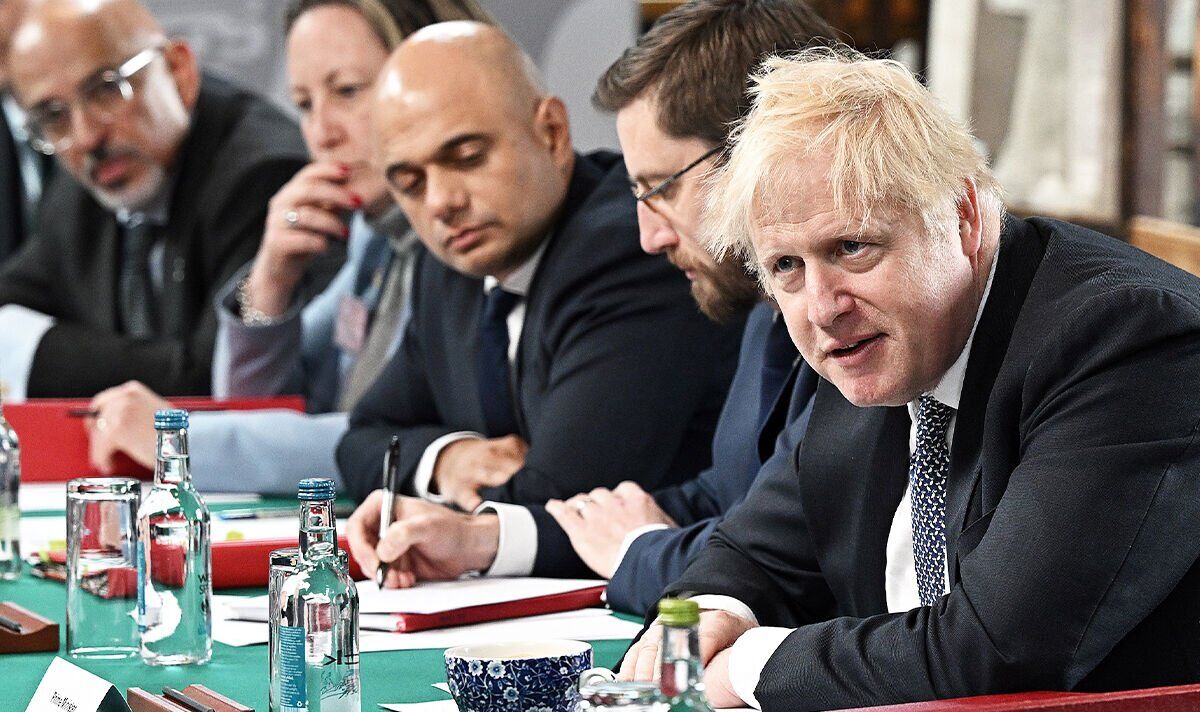 Supporters of Tory regime change hope the expected publication this week of senior civil servant Sue Gray’s report into pandemic-era rule-breaking will spur MPs into triggering a vote of confidence.

A senior MP who formerly backed Mr Johnson warned his fellow Tories that keeping the PM in place would cost them their jobs.

The Prime Minister’s position was strengthened last week following the closure of the Metropolitan Police’s investigation into so-called “partygate” without him being hit with further fines.

But he is now facing calls to reveal details of a meeting with Ms Gray, and this weekend officials named in her report are being contacted.

The senior MP said: “A great many of my colleagues have avoided making a decision about Boris Johnson until the Met have completed their investigation and Sue Gray’s full report is out. What’s more, they have told their constituents that as well.

“Well, this week will be decision time for all those MPs. After Sue Gray reports, the question many will have to answer is: Do they still want to be an MP after the next election? It is even clearer now that Boris Johnson will cost them their seats.”

Supporters of the Prime Minister dismissed any suggestion he could be pushed out.

A former cabinet minister said: “I don’t think that Boris is in any immediate danger at all.”

A member of the 2019 intake of Tory MPs said: “The PM is now safe as houses until the next general election.”

They rejected suggestions the PM could face a confidence vote before the summer recess as “absolute rubbish” despite the Tories losing control of 10 councils in England’s local elections this month.

Conservative peer Lord Robert Hayward said: “There’s no question there were poor results at the local elections for the Tories but people were expecting there to be at least one more fine. Boris’s opponents have had the wind taken out of their sails.”

He added: “I think the Gray report will have far less traction than it would have done had there been an extra fine or more.”

They have made it clear they will quit if fined for breaking lockdown rules at an April 2021 event in Durham where beer and curry were consumed.

New polling by Redfield and Wilton Strategies shows that if the pair are forced out there is no clear contender to lead Labour.

A majority of the public (51 percent) did not know which Labour MP they would like to replace him, with previous party leader Ed Miliband the choice of 11 percent, ahead of Yvette Cooper (10 percent), Rachel Reeves (six percent), Lisa Nandy (five percent) and Wes Streeting (four percent).

In contrast, Rishi Sunak scored high above potential rivals when people were asked who they would like to replace Mr Johnson.

The Chancellor was the choice of 18 percent, ahead of Liz Truss (nine percent), Jeremy Hunt (eight percent), and Tom Tugendhat and Ben Wallace (both three percent), while 45 percent did not know.