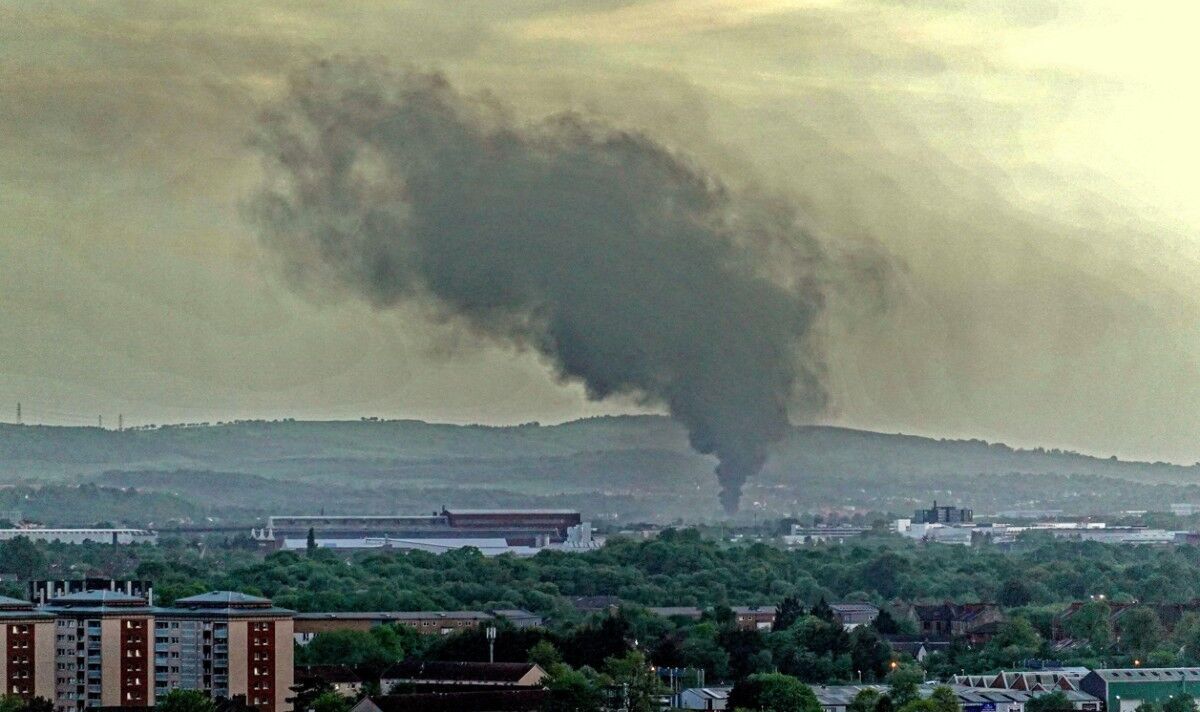 Scottish Fire and Rescue Service was called to reports of an open fire in Greenock Road, Paisley, at 8.13pm on Saturday. The blaze was just over a mile away from Glasgow Airport.

Witnesses on social media reported a huge blaze to the west of Glasgow.

Fellow Twitter user @liberallyapply said the fire was “belching out black smoke into the sky at quite a rate”.

To which @rainarmstrong replied: “It looked quite wild from the motorway.”

Scottish Fire and Rescue Service said the smoke was caused by a pile of tyres which had caught fire.

A spokeswoman said: “One appliance attended with four crew members. The fire was out by 9.08pm.

“There were no injuries.”

The blaze does not appear to have affected operations at the nearby travel hub, according to Glasgow Airport’s live flights dashboard.