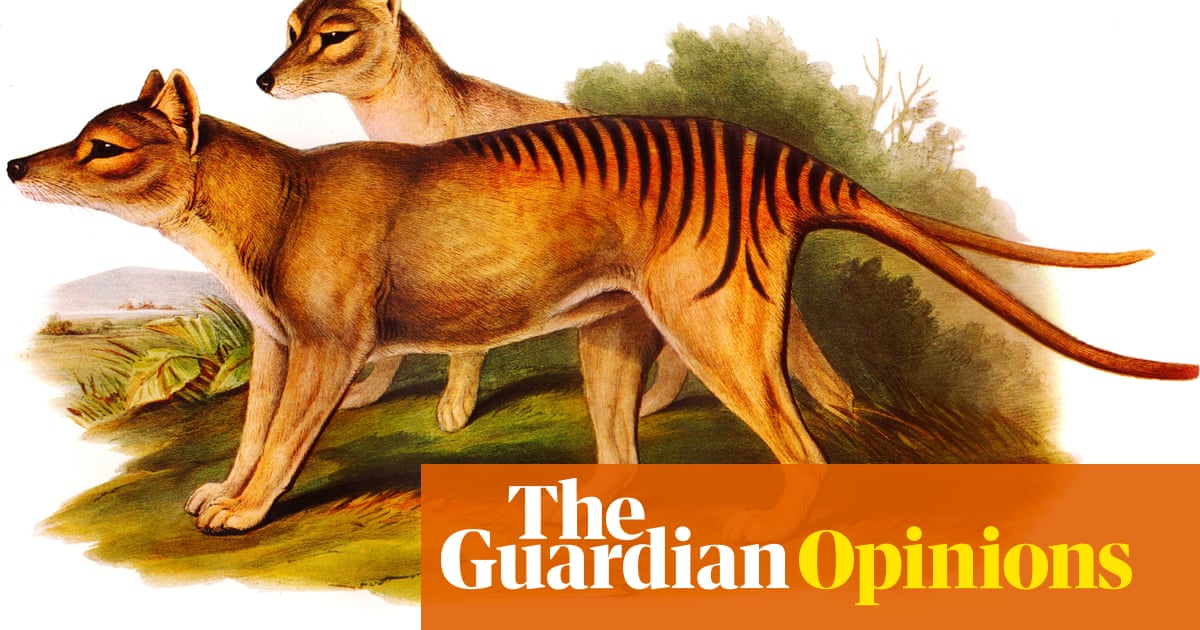 The last official sighting of a Tasmanian tiger in the wild occurred in 1930, when it was shot by a farmer. The marsupials, formally known as thylacines, were hunted to extinction by European settlers who considered them a threat to their sheep and poultry. However, the 6ft-long creatures may reappear if a group of biotechnologists have their way.

The company Colossal Biosciences, along with researchers from the University of Melbourne, plans to “de-extinct” the thylacine by using gene-editing technology. Australia has the fastest rate of mammal extinction in the world; disappearances are down to the arrival of foreign species and wildfires linked to the climate crisis. Scientists argue that in Tasmania the loss of the thylacine left the numbers of smaller marsupials unchecked, leading to over-grazing and threatening a fragile ecological balance.

If it all sounds like a plot line from Jurassic Park, then that is because the science behind the resurrection plan provided the movie’s inspiration. Last year Colossal, co-founded by a Harvard geneticist, raised $75m – including cash from the billionaire producer of the latest Jurassic Park movie – to help bring back a genetically engineered hybrid version of the woolly mammoth. The company makes a rather incredible claim that bringing back herds of these creatures to the northern tundra could reverse climate change in the Arctic.

The US-based firm takes a more conventional approach in Tasmania. Over the coming decade, it plans to use gene editing to turn the cell of one of the thylacine’s closest native relatives – either a dunnart or a numbat – into a thylacine cell. It would take these thylacine cells to create an embryo, either in a petri dish or the womb of a living animal. This embryo would then be implanted into a female marsupial that would, scientists hope, give birth to a “thylacine” baby.

There are good reasons to be sceptical about such a plan, notably that the available thylacine genome is incomplete. Filling the gaps is a challenge. An attempt to recover the genome of the Christmas Island rat, which became extinct more than 100 years ago, failed because nearly 5% of its DNA was impossible to fully recover. It is unclear how the Tasmanian tiger would deal with invasive species that have arrived since it became extinct.

There are more general concerns about unintended consequences. Once human-made changes to genomes are made, natural selection will take over and could affect the modifications in unknown ways. What if modified genes are spread to wild relatives? Given that the investors will want a return, there are also questions about who will own the endangered species modified by patented technologies – and who will be responsible for the consequences of their reintroduction.

Science should focus not on reviving extinct species but on keeping endangered ones alive. The California-based non-profit Revive and Restore cloned a black-footed ferret, named Elizabeth Ann, because wild colonies of these ferrets are threatened by inbreeding. As Elizabeth Ann was cloned from a ferret with no living descendants, she could become the first cloned mammal to help save an endangered species by injecting much-needed genetic diversity into its gene pool. Animals’ evolution cannot keep up with the rate of change in their habitats. Rather than re-establish ecosystems of the past, science should be tasked with increasing the rate at which species can adapt.