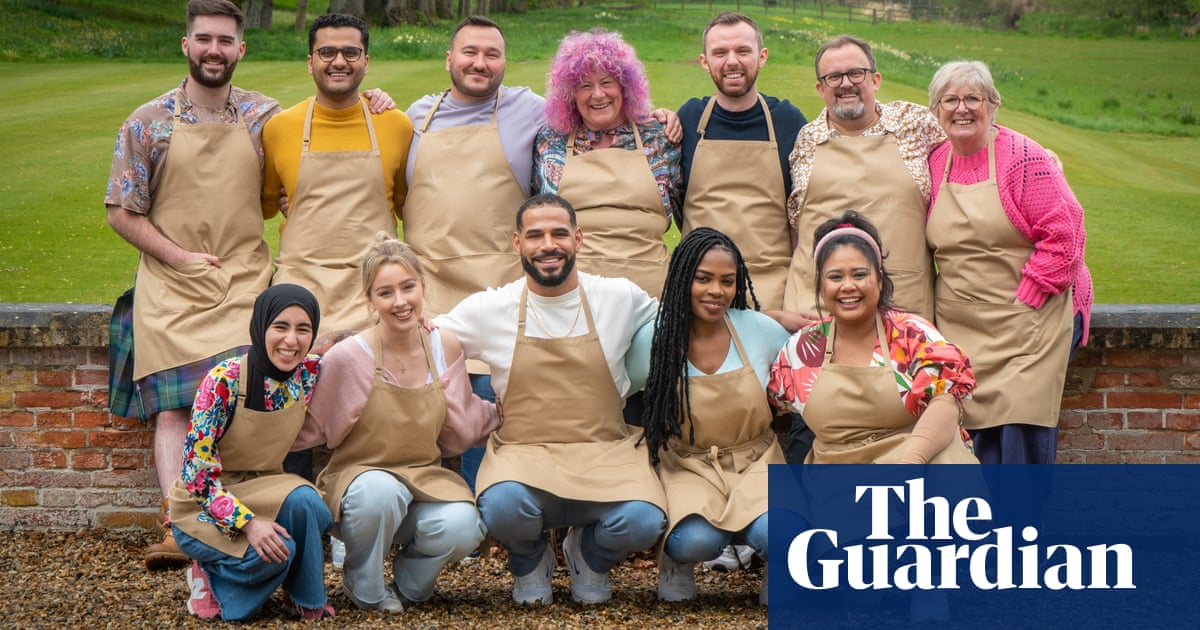 The Great British Bake Off has an uncanny knack for knowing the best time to arrive each year. Just when it seems like the entire world is about to topple off its axis into a pit of unimaginable despair, the Bake Off pops up with a weaponised dose of loveliness. And, 10 days from now – just when we need it most – it will happen again.

As usual, Channel 4 has telegraphed the arrival of The Great British Bake Off with a new set of contestant biographies. And, as usual, I am using this information alone to rank the contestants from worst to best. Have I met any of these people? No. Have I seen them cook? No. Is that going to stop me from making a series of ludicrous judgments about them, that will inevitably come back and haunt me on social media when everyone realises I got it wrong? Again, no. Here are the 2022 Great British Bake Off contestants, ranked in reverse order of perceived success.

Kevin (back row, third from right)

Kevin’s official Bake Off biography contains a couple of red flags that are impossible to ignore. First, he says that his ethos is “If you use the best ingredients, the presentation will take care of itself”, which is clearly code for “I could not adequately decorate a cake if you held me at gunpoint”. Second, he is a skilled musician who can play the saxophone, flute, piano and clarinet. Between that and baking, this man has too many hobbies. Kevin, you’ve spread yourself too thinly. It was nice knowing you.

Maisam makes a lot of the right noises in her bio – she’s a photographer, her favourite flavours are inspired by her Mediterranean heritage, she has been baking since was 13 years old – but my big issue is that last one. She might have been baking since she was 13, but Maisam is still only 18 years old. Let’s put that into perspective. Maisam started baking the year Bake Off moved to Channel 4, which by my recollection, only happened about eight hours ago. Does she even know who Mel and Sue are? In short, I don’t think Maisam will do well because I’m jealous of her youth.

Abdul (back row, second from left)

Raised in Saudi Arabia to Pakistani parents, Abdul is a keen salsa dancer and self-confessed space nerd. That’s all well and good, but his bio also states that he often got in trouble as a child for “pulling apart the electronic devices around the house”. I’m firmly on the side of his parents here. Adbul is dangerous and irresponsible and must be stopped by any measure necessary.

Dawn is a mother, stepmother and grandmother. However, I have decided to pre-judge Dawn based purely on her body language in the Bake Off group shot. Dawn is leaning in for all her worth in a desperate bid to ensure she doesn’t get cropped out. This lack of self-confidence hits me right where I live, so I must punish her as I would myself.

Will (back row, second from right)

Are you listening Maisam? Will is 45 years old, and he started baking when he was two. Two! That gives him a full 43 years of baking experience. Let’s put that into perspective. When Will started baking, Margaret Thatcher wasn’t even prime minister. His love for baking predates the space shuttle. This either means he has attained a level of brilliance that makes him the envy of his peers, or that he has been painfully mediocre for Maisam’s entire life two and a bit times over.

Why is Rebs in the middle of the pack this year? Is it because she seems mysterious and enigmatic? Is it because she has mastered the sort of poker face that singles her out as a dangerous dark horse? No, it’s because I can’t think of anything to say about her. She can play the tin whistle. There, is that enough?

Janusz (back row, third from left)

It’s similarly hard to get a read on Janusz. He works as an assistant to a head teacher, he owns a sausage dog and he likes using Polish ingredients in his bakes. However, he also lists “internet culture” as a passion, and honestly what on earth does that mean? Janusz, do you just like looking at your phone in a state of detached catatonia for hours on end in a desperate, fruitless bid to remove yourself from the unrelenting hell of your life? I mean, me too, but just be honest about it next time.

On paper, Maxy is going to run away with Bake Off this year. She’s a mother with a master’s degree in architecture. She renovated her entire flat all by herself, and decorated it with her own artwork. She was born in Sweden, a country that understands baking like few others. In other words, the woman has it all. So why have I put her in the middle of the pack? Simple: she is clearly better than me and I resent her for that.

Born in Malaysia, Syabira moved to the UK nine years ago and – like Maisam – only started baking in 2017. But I’m rooting for Syabira, largely because her bio states that she spends her evenings “playing an online world-war-II simulation game”. Obviously I have taken this as code for “Syabira is a power-crazed megalomaniac who possesses an unrelenting desire to crush her enemies into a puddle of quivering pulp”, and frankly I think the Bake Off tent needs more of that.

Not going to lie, I am terrified of James. He’s wearing a kilt and a brightly coloured shirt in the group shot, which means he’s a reckless maverick. He describes his signature style as “child-friendly horror”, which almost certainly means that he’s a maximum of five weeks away from presenting Paul Hollywood with a victoria sponge that can barf up blood. Most importantly, James is a nuclear scientist by profession, which means he has the knowledge and skills to put all his darkest instincts into fruition.

Carole is the first person you noticed when you looked at the group shot. She’s the contestant who made you think “What the hell has happened to Brian May?” She is the reason you briefly had an intense yearning for fairground candy floss. Carole is The One With the Hair, and she seems very happy for that to be the case. She works in a supermarket. She regularly appears on local radio in a segment called Compost Carole. Clearly, the woman has personality. But will it take her all the way past victory into a lucrative career as a television host, or is it the sort of personality that will implode at the first sign of stress? I’m willing to bet the former.