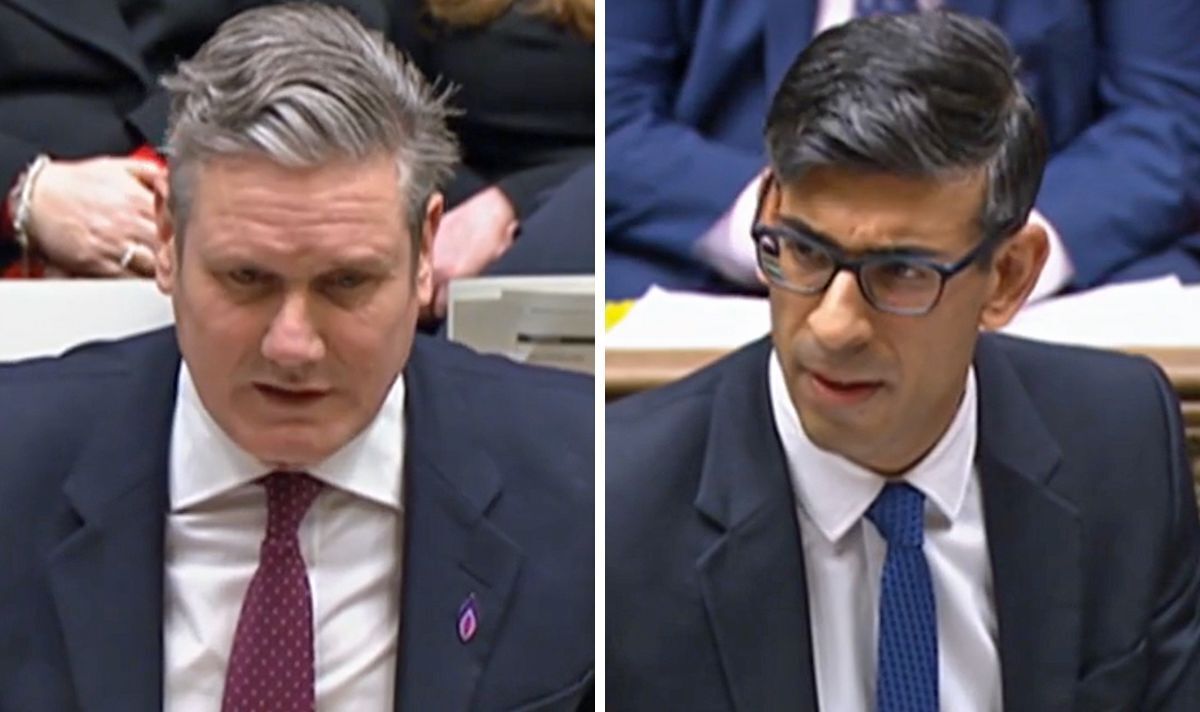 The Labour leader criticised Mr Sunak for not sacking the Tory chairman over his tax affairs.

But the Prime Minister insisted he believes in “proper due process” and defended his decision to ask his ethics adviser to investigate whether Mr Zahawi broke ministerial rules over the estimated £4.8 million bill he settled with HMRC.

Sir Keir said: “I think anybody watching would think it’s fairly obvious that someone who seeks to avoid tax can’t also be in charge of tax. Yet for some reason the Prime Minister can’t bring himself to say that or even acknowledge the question.

“Now, last week the Prime Minister told this House that the chair of the Tory Party had addressed his tax affairs in full and there was nothing to add. This week, after days of public pressure, the Prime Minister now says there are serious questions to answer. What changed?”

To cheers from the Tory benches, Mr Sunak replied: “I know he reads from these prepared sheets but he should listen to what I actually said.”

The Prime Minister continued: “Since I commented on this matter last week more information, including a statement from by the minister without portfolio, has entered the public domain which is why it’s right that we do establish the facts.

“Of course the politically expedient thing to do would be for me to have said this matter must be resolved by Wednesday at noon, but I believe in proper due process.”

He accused Labour of “simple political opportunism” for urging him to appoint an ethics advisor then wanting a decision before the adviser had investigated the case.

In another fiery moment, Sir Keir suggested the job of PM is “too big” for a “hopelessly weak” Mr Sunak and blasted that he was “overwhelmed at every turn” as the Commons erupted.

But the Prime Minister fired back with a jibe about Sir Keir serving in Jeremy Corbyn’s shadow cabinet.

Mr Sunak, in his final remarks to Sir Keir, said: “The difference between him and me is I stand by my values and my principles even when it is difficult.

“When I disagreed fundamentally with the previous prime minister I resigned from the government.

“But for four long years he sat next to the member for Islington North – when antisemitism ran rife, when his predecessor sided with our opponents.

“That’s what’s weak, Mr Speaker. He has no principles and just petty politics.”

SNP Westminster leader Stephen Flynn said the issue of Mr Zahawi’s tax affairs is “now a matter of the Prime Minister’s own integrity and accountability”.

He said: “May I ask the Prime Minister what advice would he have for individuals seeking to protect their personal finances? Should they seek out a future chair of the BBC to help secure an £800,000 loan?

“Should they set up a trust in Gibraltar and hope that HMRC simply don’t notice? Or should they do as others have done and simply apply for non-dom status?”

Mr Sunak replied: “I’m proud of the record of this Government in supporting the most vulnerable in our society.

“Just this winter helping all families – £900 with their energy bills, raising the National Living Wage to record levels and ensuring that our pensioners get the support they need. That’s what this Government is doing to ensure financial security in this country.”

Mr Flynn added: “Let’s be clear about this, this is now a matter of the Prime Minister’s own integrity and accountability.

“Is it little wonder that people in Scotland may well just consider the Tory party to be a parcel of rogues?”

Mr Sunak replied: “What I am standing up for is proper due process, that’s why we have an independent adviser. It’s right that the independent adviser conducts his investigation – that’s how we will ensure accountability and that’s what I will deliver.”

Elsewhere during PMQs, Mr Sunak pledged to “remove and swiftly detain” all migrants who come to the UK illegally in a major crackdown on Channel crossings.

He vowed to “break the cycle of criminal gangs which are causing untold misery, leading to deaths in the channel”.

Mr Sunak added: “We will introduce legislation which makes it clear that if you come here illegally, we will be able to detain you and swiftly remove you to a safe third country.”

He added that it is a “reasonable and common sense approach that most of the British public support”.