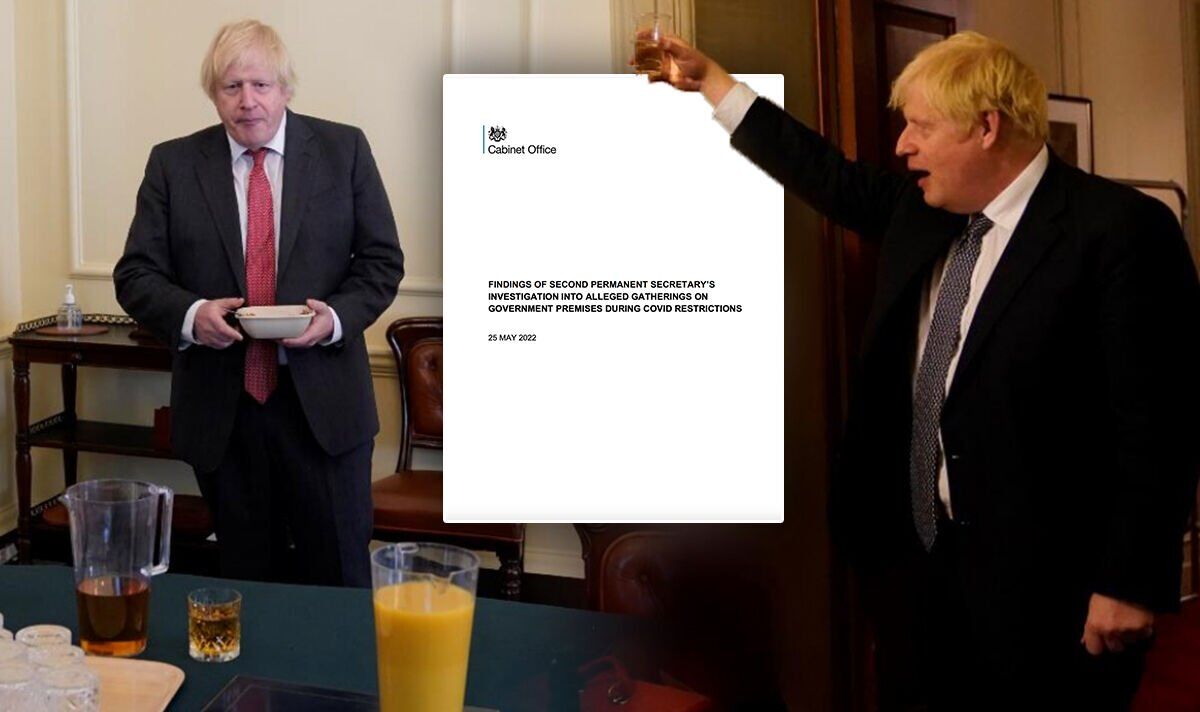 Sue Gray’s long-awaited report into breaches of Covid rules during the UK lockdowns has finally been released. The report said the public would be “dismayed” by a series of breaches of coronavirus rules in No 10 and Westminster.

Ms Gray said: “The events that I investigated were attended by leaders in government. Many of these events should not have been allowed to happen.”

The Metropolitan Police has issued 126 fines for rule breaches in No 10 and Whitehall, with the Prime Minister receiving a single fixed-penalty notice for his birthday party.

Boris Johnson is expected to apologise to MPs in a Commons statement later.

Here are nine pictures of Mr Johnson at Downing Street that were included in Sue Gray’s report.