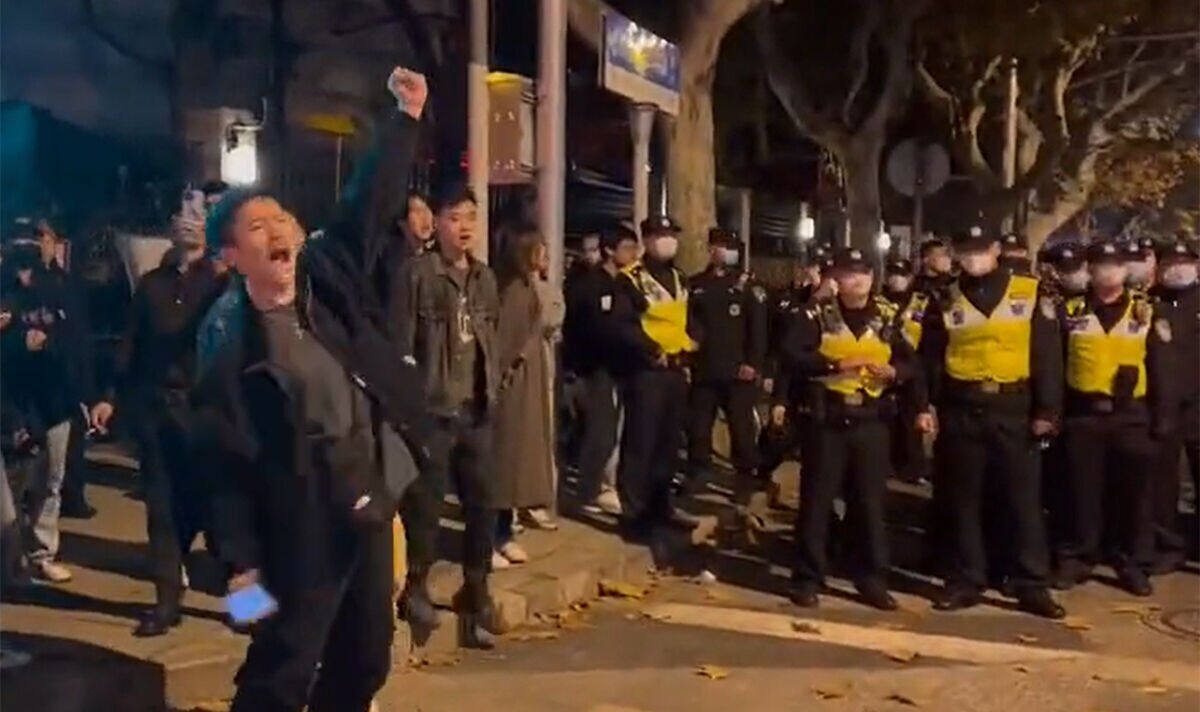 Protests against strict lockdown orders are growing in China, amid signs that the Chinese Communist Party is losing its grip over the Chinese people. Protesters demanded Xi Jinping step down in a country where any direct criticism of its leaders is rare and often results in harsh punishment. Overnight protests spread to Shanghai and Wuhan, as well as the Communication University of China at Nanjing in eastern China and Tsinghua University in the capital Beijing.

The latest wave of protests was sparked by demonstrations in the remote north-west city of Urumqi, where lockdown rules were blamed for the deaths of 10 people in a tower block fire.

Locals claim that China’s strict lockdown policy stopped residents from escaping the flames in the high-rise apartment block in the Xinjiang region – a claim officials deny.

Many of the protests last night started as vigils for the victims in Urumqi, with residents laying flowers and lighting candles.

However, the vigils quickly turned into mass demonstrations, with thousands taking to the streets in Shanghai.

In an unusually bold move, the crowd called for the removal of the Chinese Communist Party and Xi Jinping during a standoff with police.

JUST IN: Putin’s mouthpiece loses it on live TV as audience members troll him

The protesters chanted slogans such as “Xi Jinping, step down” and “Communist party, step down”.

Other chants included “No PCR tests, we want freedom!” and “We don’t want dictatorship, we want democracy”.

Police struggled to crack down on the number of protesters, although several activists were bundled into police cars.

One protester in Shanghai told the BBC that he felt “shocked and a bit excited” to see the level of revolt on the streets.

In Urumqi itself, people chanted “open up, open up” in videos on social media, which were later censored by officials.

“But even this weekend’s demonstrations are unusual in this new normal, both in their numbers and directness of their criticism of the government and President Xi Jinping.

“Taking to the streets en masse with hundreds calling for President Xi to step down was thought to be unthinkable not so long ago.”

The demonstrations against the zero-Covid measures have become increasingly focused on criticism of President Xi.

Despite the zero-Covid strategy, which is the last policy of its kind among the world’s major economies, China’s case numbers this week hit all-time records.