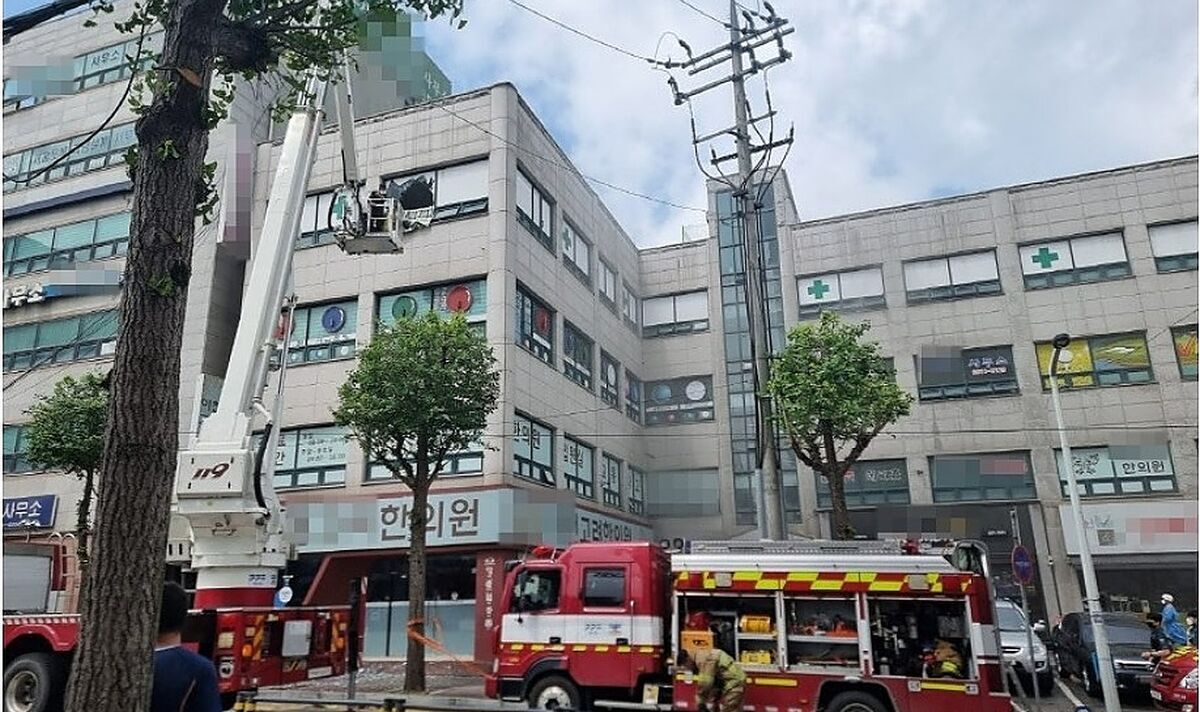 According to the reports, around 50 Fire fighters and 20 pumps have been tackling the blaze at the hospital in Gwango-dong, Icheon-si. So far, 16 people have been injured while there are around 30 people who are also still trapped inside the hospital.

A fire service spokesperson said: “The dialysis hospital is on fire and we are rescuing patients.”

The dialysis hospital is on the fourth level of a five-floor building.

Footage from the scene shows several fire fighters with extendable platforms which are being used to evacuate patients from the fire.

Medical staff can be seen outside with patients in wheelchairs who are being taken to other hospitals.

It is reportedly unknown how many people are still trapped inside the building while some have gone up onto the roof of the building as they await rescue.