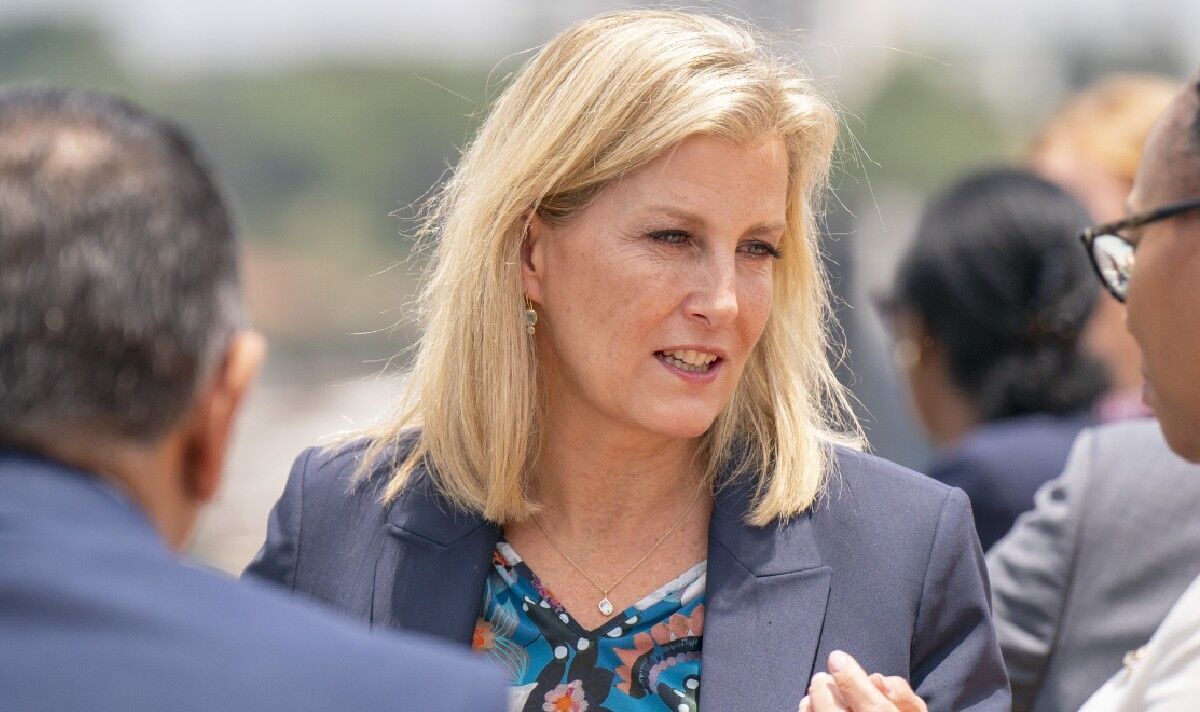 Sophie Wessex has stepped out for a royal engagement in Rwanda today. Prince Edward’s wife visited the Ministry of Foreign Affairs and International Cooperation in capital Kigali on Wednesday.

The Countess of Wessex looked typically elegant in a long blue dress, blazer and wedges.

It comes after she became the first member of the Royal Family to visit the Democratic Republic of the Congo (DRC).

Sophie travelled to the African country this week at the request of the Foreign, Commonwealth and Development Office.

Her visit to the DRC focused on addressing the impact of sexual and gender-based violence in conflict, a cause close to her heart.

During the trip, Sophie toured the Panzi Hospital in Bukavu, South Kivu province, where pioneering and critical medical treatment is given to women who have endured brutal, conflict-related sexual violence and trauma.

The Countess thanked the survivors “from the bottom of my heart” for sharing their stories, adding it was a privilege and an honour to meet them.

She said: “It is you that inspire me to carry on with the work that I do here, and in other places of conflict around the world.

“I look forward to keeping in touch with you, the Panzi Hospital, the (Panzi) foundation, and all of its work.

Security was tight for Sophie’s visit, which had been planned for many months before the death of the late Queen.

She was accompanied by Lord Ahmad of Wimbledon, the Prime Minister’s special representative on preventing sexual violence in conflict.

In its recent history, the DRC has endured years of civil conflict in what has been called Africa’s world war, with the loss of up to six million lives through fighting or disease and malnutrition.

A peace agreement was signed in 2002 but violence continued in some areas, requiring a large United Nations military force to try to maintain order.

This August, Africa’s second-largest country faced rising regional tensions in the east, with weeks of deadly protests against UN peacekeepers.