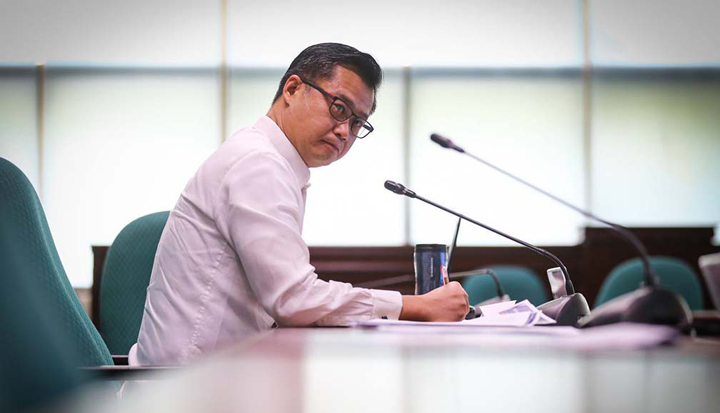 SENATOR Sherwin Gatchalian has refiled a measure that seeks to establish a math and science high school in all provinces nationwide.

Under Senate Bill 476 or the Equitable Access to Math and Science Education Act, all provinces which do not have at least one public math and science high school shall work with the Department of Education (DepEd) to create these institutions.

These schools shall implement a six-year integrated junior-senior high-school curriculum that focuses on advanced science, math and technology subjects under the guidance of the DepEd and the Department of Science and Technology (DOST). Those who graduated from these high schools shall be required to enroll in fields such as the pure and applied sciences, mathematics, engineering, technology, or any other field deemed appropriate by the Commission on Higher Education.

It can be recalled that the results of the 2018 Programme for International Student Assessment showed that Filipino learners ranked second to the last in math and science among other learners in 79 countries. The Philippines also came out last in both subjects in the 2019 Trends in International Mathematics and Science Study out of 58 countries. In the Southeast Asia Primary Learning Metrics 2019, only 17 percent of local Grade 5 learners met the minimum standards in math.

Gatchalian referenced data from the Institute of Statistics of the United Nations Education, Scientific and Cultural Organization or UNESCO that there are only 186 researchers per million inhabitants in the Philippines—one of the lowest among Asean member-countries. Thailand and Malaysia, for instance, have 963 and 2,054 researchers per million inhabitants, respectively.

“To fulfill our collective goal to be the next Asian tiger economy, we must address these skills shortage through strategic human-capital investments focused on the fields of mathematics and science,” explained Gatchalian. “This specialized academic preparation opens doors to critical thinking, financial literacy, and evidence-based decision-making, and is highly critical to the improvement of the nation’s economy, as it relies on a work force proficient in math and science.”

The chair of the Senate Committee on Basic Education expounded that the country’s advancement in innovation rests upon mathematics and science. To sharpen skills in the said subjects, he is pushing for the establishment of the proposed high schools that will produce the Philippines’s mathematicians, engineers and scientists.