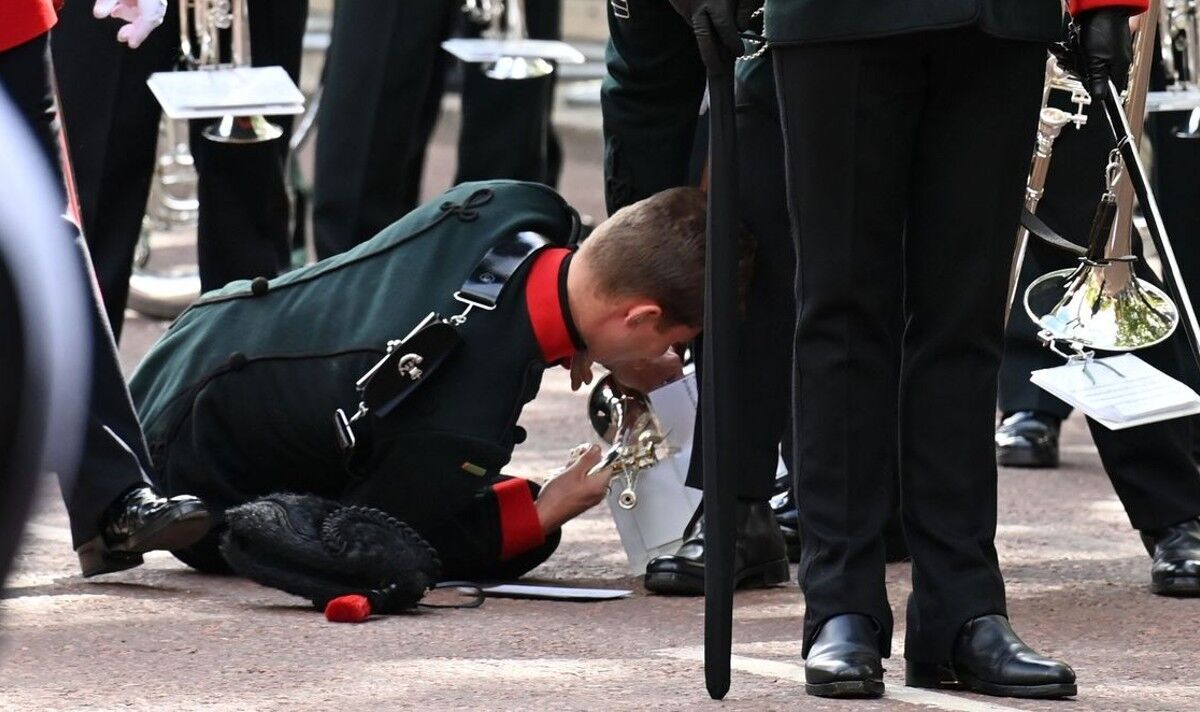 A solider has collapsed in the street during Queen Elizabeth II’s funeral procession. Footage captured the moment he fell to the ground at Wellington Arch. The former monarch’s coffin was here being transferred from a gun carriage to the state hearse.

One soldier collapsed after Her Majesty departed, according to the Mirror.

Two others were seen being helped away before and after the transfer of the coffin.

Following this, the Queen was carried to Windsor.

Cinemas have also opened to show the funeral.

A police officer also fainted while on duty in London for the state funeral.

Reports show the officer collapsed shortly before the funeral procession made its way down The Mall.

He was carried away on a stretcher.

Another four have received medical attention after being taken unwell, according to the Independent.

All of these have now recovered.

People reports that troops were told to take one satchel of salt every day over the past week to reduce the chance of them passing out during the significant ceremony.

The state occasion has been described as the “biggest single deployment of officers in an operation the Met has ever undertaken”.