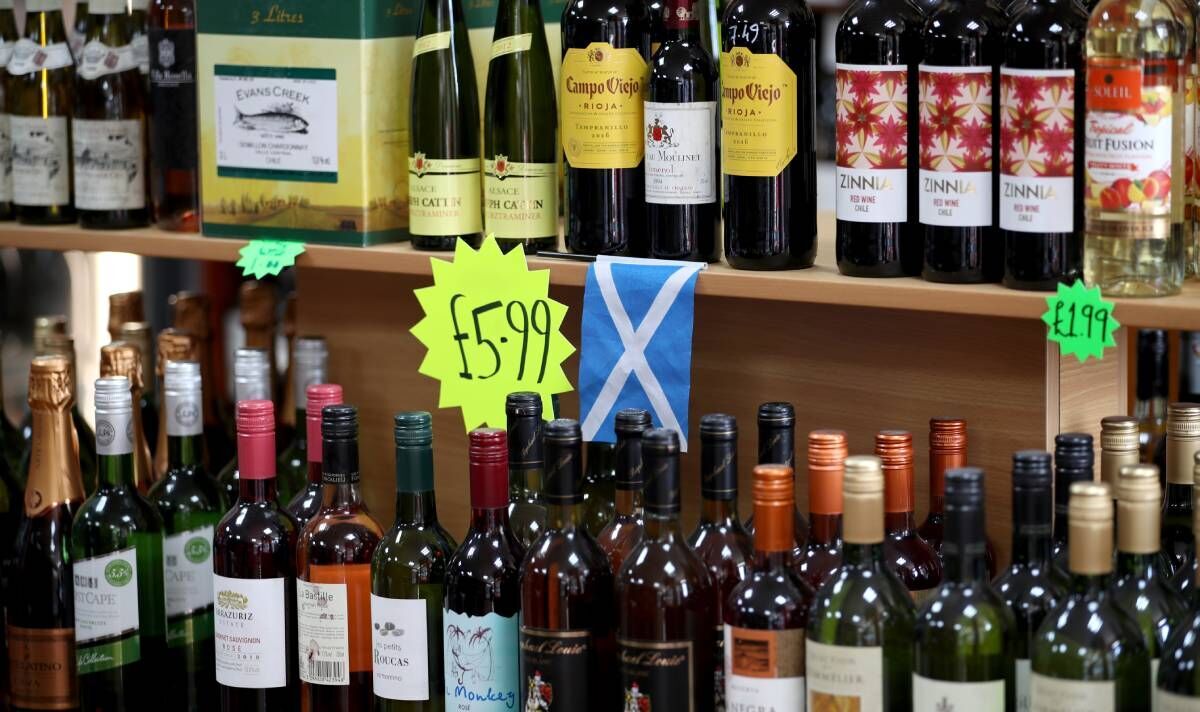 Its authors estimate that the policy has cost Scottish consumers £270million.

The right-leaning think tank says that “most indicators related to alcohol-related health, crime and employment have remained similar or worsened”.

Christopher Snowdon, a co-author of the report, said: “Now in its fifth year, minimum pricing is a reminder that politicians are often responsible for the rising cost of living.

“Although alcohol consumption has fallen slightly in Scotland, we find no evidence that this has led to an improvement in health outcomes.

“Consumers have simply switched from the most affordable alcohol to mid-range brands, to the benefit of alcohol producers and retailers.

“The policy could be dropped tomorrow without costing the government a penny.”

However, a Scottish Government spokeswoman said: “In 2020 we saw total alcohol sales reported as falling to their lowest level for 26 years.

“We had already seen that alcohol sales were falling since our world-leading policy was introduced in 2018 – indeed research published in The Lancet found alcohol sales fell almost eight percent.

“Prior to the pandemic, the reduction in alcohol specific deaths showed encouraging early signs that the introduction of MUP was having a positive impact.

“Evaluation is ongoing, with a final report from Public Health Scotland in 2023.”