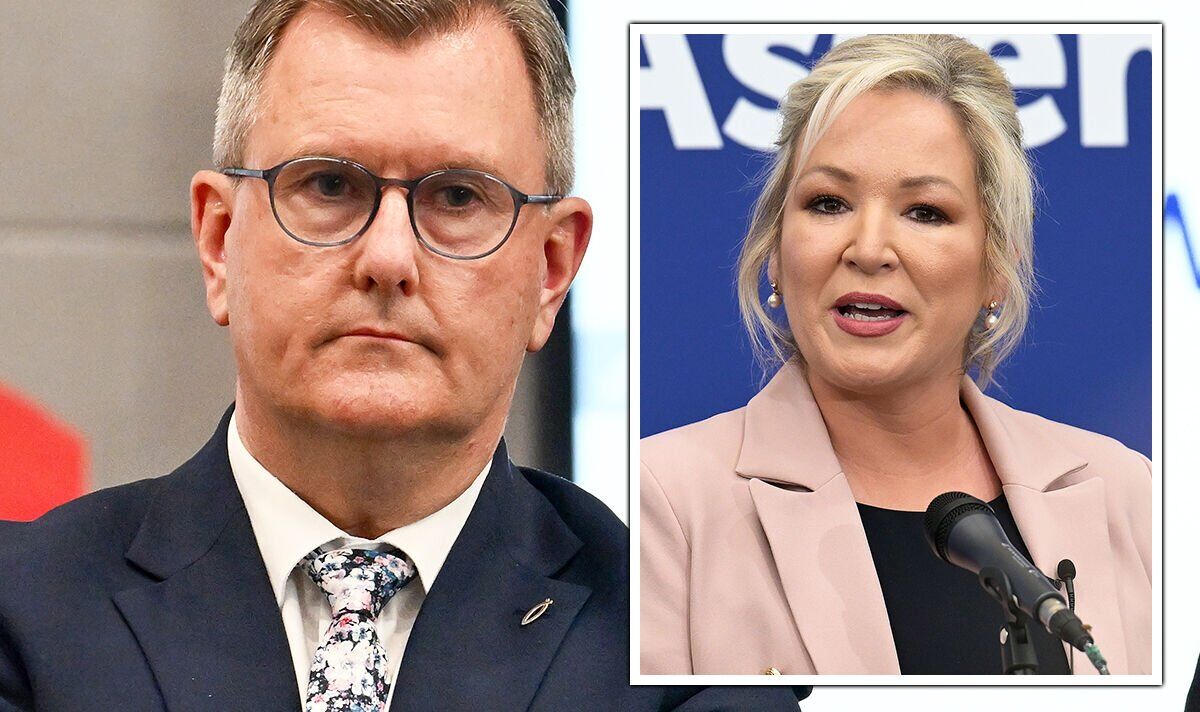 A unionist party has been the largest in Government since 1921, when Northern Ireland was formed as a Protestant-majority state. In a major course change, Michelle O’Neill is now poised to become the country’s first nationalist first minister.

She described the vote as a “defining moment for our politics and for our people”.

But critics have suggested this “new era” will bring dark days for the United Kingdom.

Businessman and former Brexit Party MEP Ben Habib insisted the dominance of Sinn Fein will be “catastrophic for unionism”.

He told GB News this result should “never have been allowed” and could have been avoided if only the UK Government had acted rather than “sat on their hands” on the Northern Ireland Protocol.

Reports were all but certain that it would maintain its lead as the rest of the seats were declared.

READ MORE: Britons blast Tories and Labour who are ‘as bad as each other’

“It’s time to actually build within the UK, look at all the benefits we have from our membership of the UK… [this] is what we should be focusing on now.”

Mrs Foster went on to describe the idea of a United Ireland as a “pipe dream”.

The turnout in the Assembly elections was 63.6 percent.

He insisted “unionism has held its ground”, though it is expected to be a tough few months for his party.