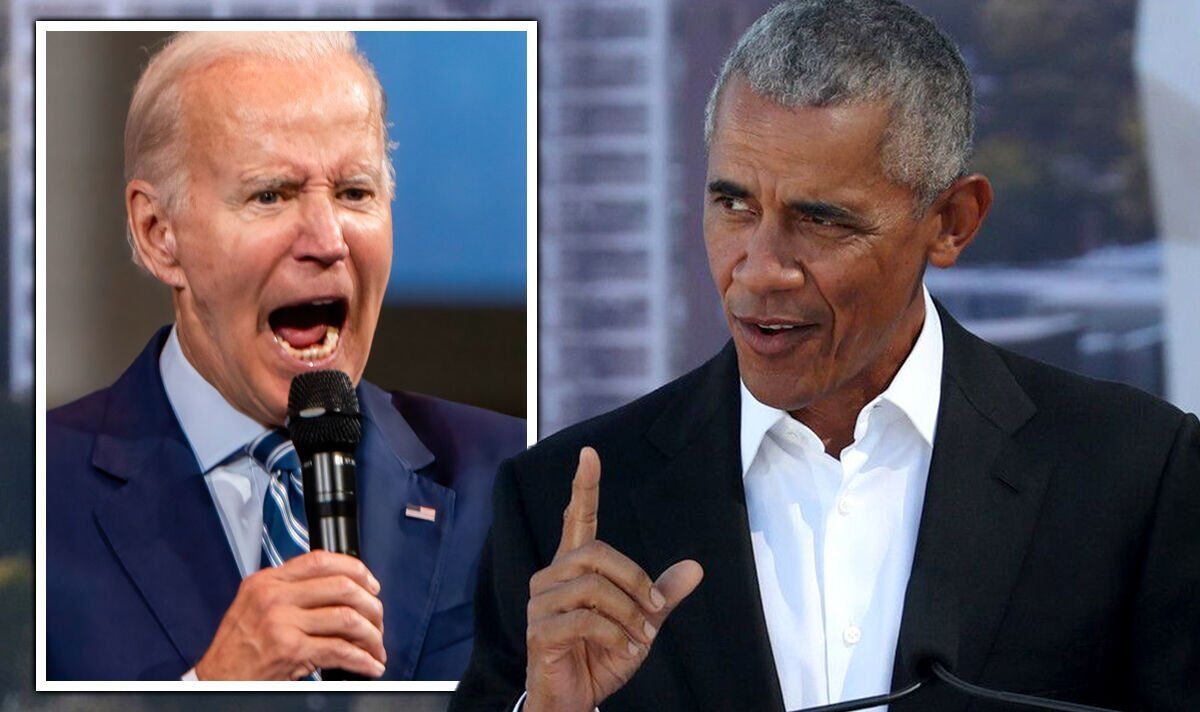 The 44th US President is alleged to have found Joe Biden, his deputy at the time so “condescending” he asked an aide: “Shoot. Me. Now.” A new book, entitled ‘The Long Alliance: The Imperfect Union of Joe Biden and Barack Obama’, which is out on September 13, appears to suggest there was a lot of tension in the relationship between the two men. The author of the biography – New York magazine’s Gabriel Debenedetti – claims Joe Biden refused to give ground to Barack Obama, who was US President at the time, saying: “My manhood is not negotiable.”

It is also claimed Mr Obama thought about axing Mr Biden as his running mate for the 2012 election in favour of Hillary Clinton.

This is because he reportedly believed his chances of winning another term in the White House would be boosted pairing himself with the former First Lady over the former Delaware Senator.

The book also alleges that in 2020, Mr Obama was reluctant in his backing for Mr Biden’s bid to become US President, initially believing his candidacy would be “unthinkably painful.”

The two men first came across each other in a professional setting whilst working on the Senate Environment and Public Works committee.

Mr Obama is alleged to have said veteran Senator Mr Biden had a tendency to “ramble, clearly loving every minute of it”.

He is reported to have confided in his advisor David Axelrod that the current US President was a “decent guy but man, that guy can just talk and talk. It’s an incredible thing to see.”

In Condoleezza Rice’s confirmation hearing during George W. Bush’s presidency, Mr Obama is alleged to have handed a note to a staffer as Mr Biden addressed the hearing.

When poll respondents were asked to list the biggest problems facing Americans, the economy came top of the list, with a third of Republicans and a quarter of Democrats pointing to it as the top issue.

Mr Biden’s approval rating increased slightly to 41 percent last week, although it has mostly been below 40 percent since mid-June.

The US President’s overall approval rating has been below 50 percent for more than a year as Americans rage at soaring inflation rates and an economy only very slowly recovering from the Covid pandemic.

He scored a ratings low of 36 percent in four weekly polls in May, June and July, which were close to the lows of his predecessor Donald Trump, whose popularity bottomed out at 33 percent in December 2017.

The Democrats are under huge pressure going into the midterm elections and are expected to lose control of the U.S. House of Representatives in November and possibly the Senate as well.

Even if the Democrats did only retain control of the House, the Republicans would be able to bring Biden’s legislative agenda to a grinding halt.