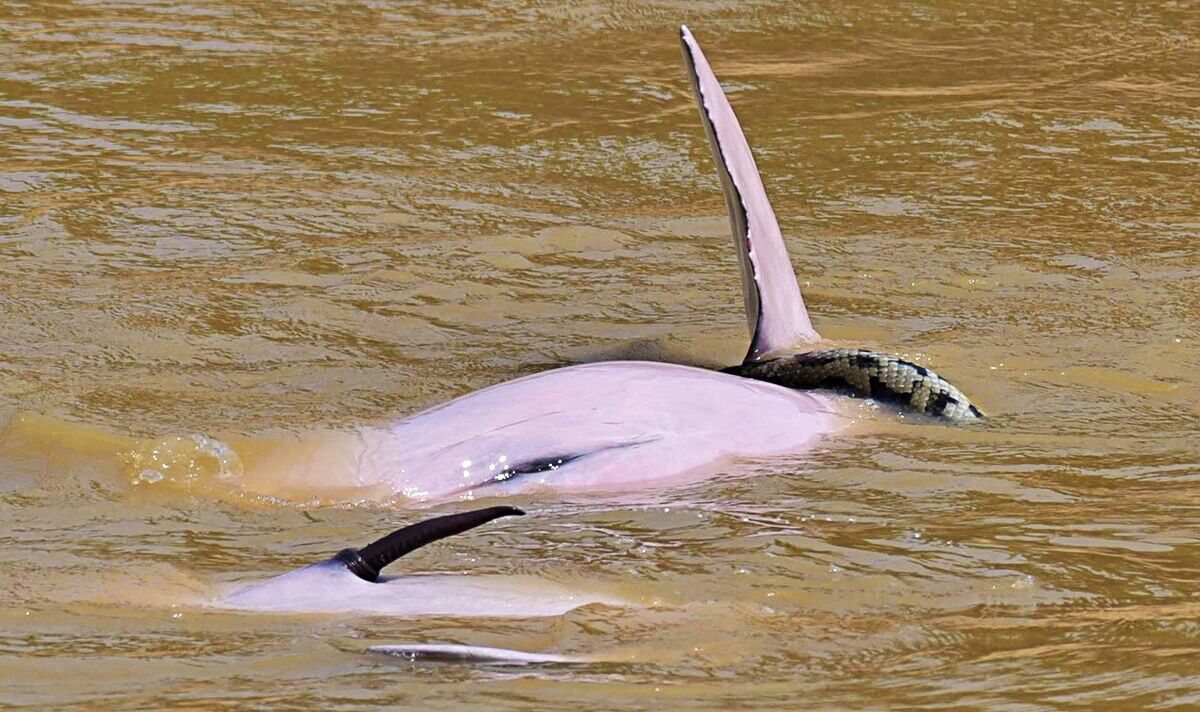 Scientists spotted two mammals playing in the Tijamuchi River in Bolivia. What drew their attention in the analysis of the photographs taken during their fieldwork was a third animal could be seen in the shots, too – a Beni anaconda that the dolphins handled in a lively way that researchers suggested could have been arousing them.

In a paper published by Omar Entiauspe-Neto, Steffen Reichle and Alejandro dos Rio in the journal Ecology last month, the trio describes the bizarre encounter they witnessed and captured in images in August 2021.

In their lab, as they observed the photos taken from the shore, they said they concluded the dolphins were playing with the snake rather than trying to eat it because of the nature of the movements and the length, of at least seven minutes, of the interaction.

At one point, they observed each of the adult males holding onto the anaconda and swimming in unison as they were carried downstream for approximately 80 metres

At other points, play was individualised.

In some of the photos, the dolphins’ penises appeared to be erect, further supporting the belief the witnessed scene had been a playful one.

The scientists, one from the Universidade Federal do Rio Grande do Sul, another Museo Historia Natural Noel Kempff Mercado and a third who worked independently, offered alternative explanations for the observed behaviour, including predation.

They said it was also possible the adult male dolphins were teaching the younger dolphins that were present more about the anaconda, or that the dolphins were engaged in an attempt at courtship.

They said male Amazon river dolphins have been observed in the past carrying objects in what seemed an attempt aimed at females.

Because the snake was held underwater for long periods of time and it did not appear to be moving, the researchers said it had likely died during the encounter.