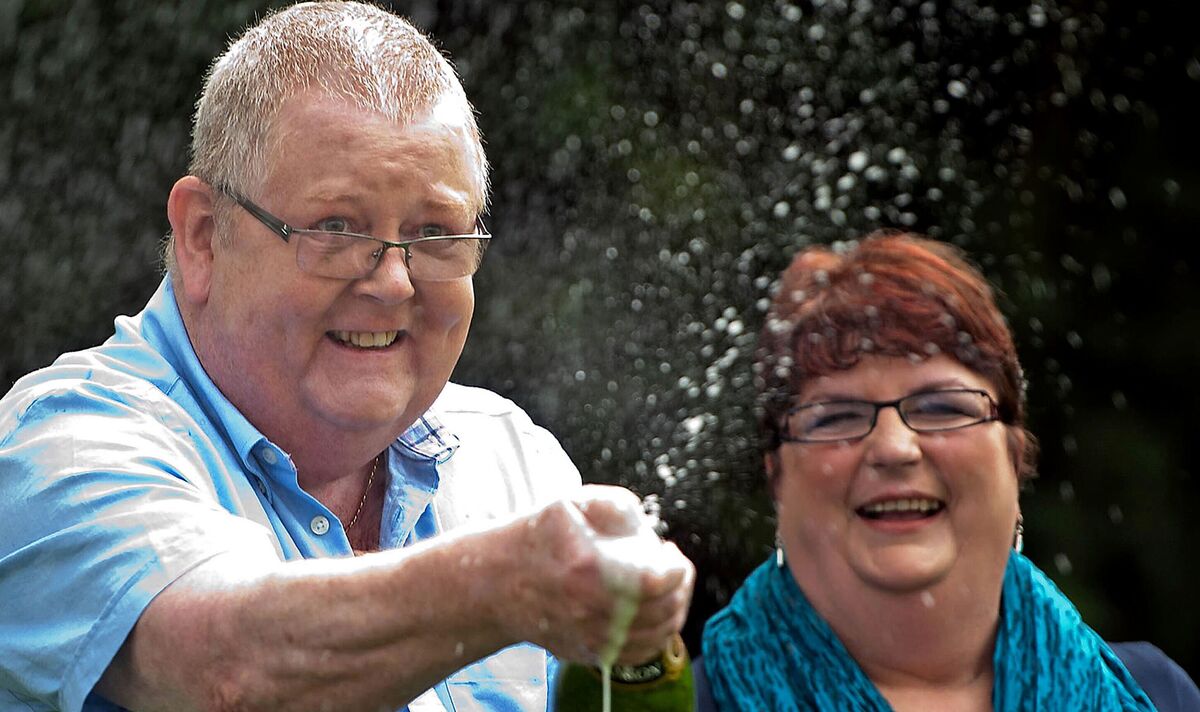 One of the UK’s biggest EuroMillions winners burned through the prize money at an astonishing rate of almost £100,000 a week, new documents have revealed. Colin and Christine Weir won an incredible £161 million, which was the EuroMillions jackpot, in 2011.

The pair became Europe’s second biggest EuroMillions winners and retained the title until 2019 when an unnamed individual in Italy won a jackpot worth £193 million.

The win also made him Scotland’s biggest lottery winner.

However, The Daily Record report that, when Colin Weir died in December 2019, it was revealed that his prize money had shrunk by around £40 million – meaning he’d been spending at a rate of around £100,000 a week.

“Spending £40million in eight years takes a bit of doing”, a financial expert told the Record.

Mr Weir had worked as a cameraman at STV and reportedly found no shortage of outlets to spend the EuroMillions winnings, indulging in luxury properties and sports investments, as well as sharing the money with charities, family members, and friends.

A small fleet of luxury cars reportedly resided in Mr Weir’s garage, which included some of the world’s most sort-after brands.

READ MORE: EuroMillions youngest ever winner: ‘I wish I hadn’t won the lottery’

Mr and Mrs Weir divorced shortly before his death after 38 years of marriage.

However, Mr Weir would leave money to the couple’s children, Carly and Jamie.

Suffering from ill health for several years before he died, Mr Weir died from sepsis and an “acute kidney injury.”

At the time of his death, it was recorded that he owned jewellery, furniture and artwork valued at around £212,000.

Mr Weir had resided in a £1.1 million five-bedroom seafront home in Ayr, purchased in 2018.

A £3.5 million property named Frognal House, near Troon South Ayrshire, was also signed over his former wife, which was reportedly initially purchased after a ten-minute viewing, including all fixtures and fittings.

A month before his death, Mr Weir bought a 55 percent share of Partick Thistle Football Club, intending to return control of the club to its fans and ensure its future lay with the local community.

In 2013, Colin and Christine Weir provided financial assistance to the club in order for them to begin their own youth academy.

The Football Club’s website still states: “The Thistle Weir Youth Academy aims to provide the required knowledge, guidance, facilities and encouragement to enable footballers to maximise the opportunities available to them and provides the link from the local community into senior football.”

Mourners were filmed lining the streets and applauding as Mr Weir’s funeral procession arrived at Patrick Thistle Football Club to collect a wreath.

A bagpiper also played as mourners arrived at the funeral service itself.