Skip to content
HomeNewsSchool sport was a hellscape for me. At 41 I’m hooked on exercise for the first time 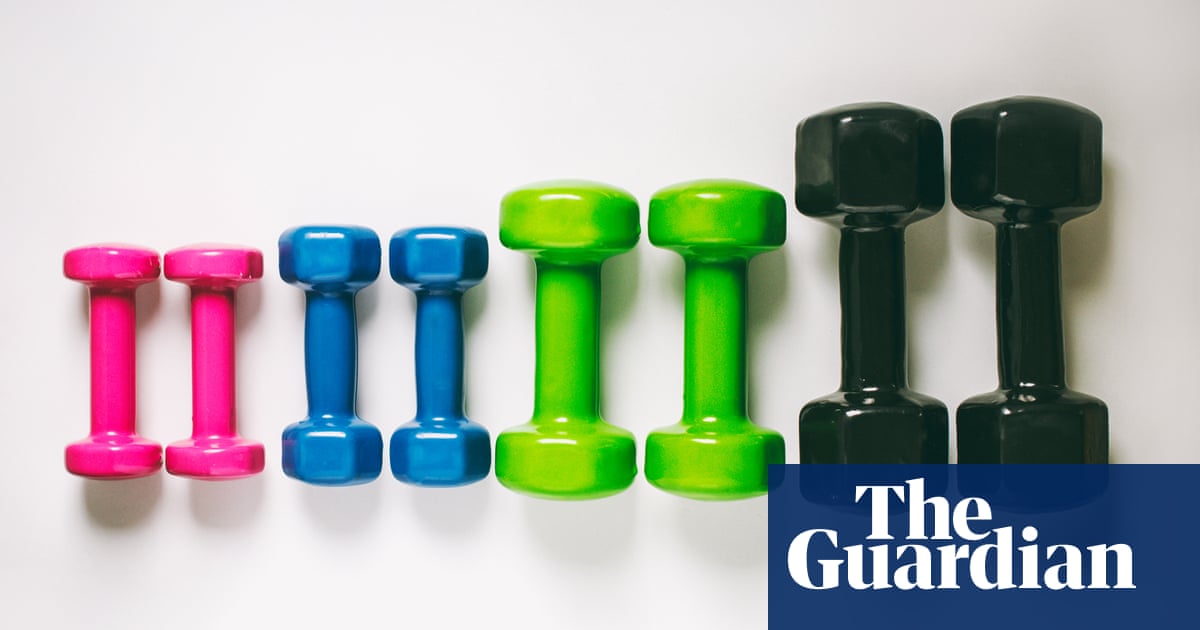 As most folks in their early 40s can attest, our bodies don’t bounce back like they used to. I never learned how to move my body. I was a pudgy kid who became an adult majestic chonklord, and the messaging in gyms was clear – I didn’t belong and shouldn’t try.

I’m now hooked on exercise for the first time. All it took was a stay in hospital with bilateral pneumonia and the lung rehab that followed to get me on this new, triumphant track. I can’t believe I missed out for so long on the joy of strength and the pride that comes after a huffy-puffy trot around the block.

Primary school mornings began with similar laps of the school to encourage fitness and focus. I felt self-conscious from the age of five because I was slower than everyone else. That frustrated people. I’d missed the nonexistent class about how to run, but everyone else just seemed to know anyway.

My memories are peppered with encounters that communicated ‘not for you, fatso’

Harsh feedback came from kids who were more focused on my clumsy attempts during an athletics carnival than on their own progress. “It was so funny watching you trying to run,” a boy loudly announced as the jeering crowd gathered. It stung more than the bruises I’d copped while attempting to clear the hurdles. I fired back: “Not as funny as watching you try to read.” Everyone gasped – I had gone too far. Cruelty is only acceptable when related to size or lack of sporting ability.

The experience of sport as hellscape doesn’t just apply to clumsy kids who resemble Winnie the Pooh. I spoke with Scott Comber, a personal trainer who first discovered a love of physicality and training as an adult, then ran a gym for six years.

“My memories of school sport are people screaming in my face, exaggerated violence kids were forced to engage in, and a lack of care. We never learned anything that would establish healthy patterns,” he says.

After discovering training as an adult, “I got to the point where I loved it so much, I wanted to share it. My gym was inclusive, nonthreatening, and all strengths and abilities were respected.”

Comber says a lot of effort went into “undoing emotional damage from the way people had been taught. It’s healing for me knowing that I didn’t have that opportunity when I was younger, but the people I trained had a caring, instructive experience, which rescued them from future physical problems.”

I wish I’d worked out how to rescue myself instead of internalising harmful rhetoric and checking myself out of a more active lifestyle. But there weren’t any visible pathways for that to happen in my formative years – every sitcom and film ridiculed fat people for existing. Making myself as small as possible, trying to draw the least amount of attention, felt like the only way to live through that time.

My memories are peppered with encounters that communicated “not for you, fatso”. The fatal mistake of wearing a Sportsgirl jumper (which I failed to realise was an oxymoron) yielded snorts everywhere I turned. I was regularly denied a place turning the skipping rope. My face often burned with shame, the result of having a go then being schooled that I shouldn’t.

Although I enjoyed the play element of sport, my lack of coordination and speed seemed to be something I inflicted on others, inadvertently ruining everyone’s fun. In a life where fitting in means one size had better fit all, kids don’t value effort or concentration. Finding a safe place in the pecking order is all that matters.

Secondary school brought the waking nightmare of cruel and elitist teachers, with a few kindly and encouraging exceptions. If I’d walked in with a confident swagger, it’s entirely possible I could have had an easier time. But the way things were, I felt a sense of foreboding every time I put on my sports uniform.

I never learned to use my body in a way that incorporated the strengths that I had. If only I’d known there’s more to sport than speed – and far more to education than competition.

Three months ago I arrived at pulmonary rehab with Jesse, my physiotherapist. It was a hand up and out of the murky fear I’d been stuck in. Her warmth and encouragement gave me a fresh start.

Over six weeks I learned how to safely move my body. We started with walking and dainty hand weights to reacquaint my lungs with airflow. Each week the weights became bigger. I got stronger and stronger, and started to feel something new. I looked forward to that feeling every day and still do – walking, cycling and weights are now a joyful priority.

My body can be a tricky place to live for so many reasons, but seeing myself reflected in the gaze of someone I trust was key to changing the narrative. Every step up in my progress was celebrated, there were no caveats or moments of self-deprecation.

The message that I could love my body – with nothing to fear or feel ashamed of – wove its way into my sense of self. Earning my place was important but it helped that I was granted permission by someone who knew their stuff. Anyone can be kind, but being given the building blocks I needed, because I was ready, meant a lot.

Learning to love exercise as an adult probably depends on what makes you tick. Small, measurable and technical increments towards a goal – alongside an encouraging expert – may work for some, while gentle strolls in nature for some much-needed peace might light a spark for others.

Like learning to ride a bike, there’s a moment when you’re off and away and you can’t quite believe it at first, the feeling of freedom without those guiding hands. Once you find it, it never leaves you.

My physical education came at age 41. I’ve been welcomed into a headspace and lifestyle that I didn’t know I was allowed to step into. My gratitude overshadows my resentment, but I do feel intense sadness for that cute kid who just wanted to have a turn like everyone else.