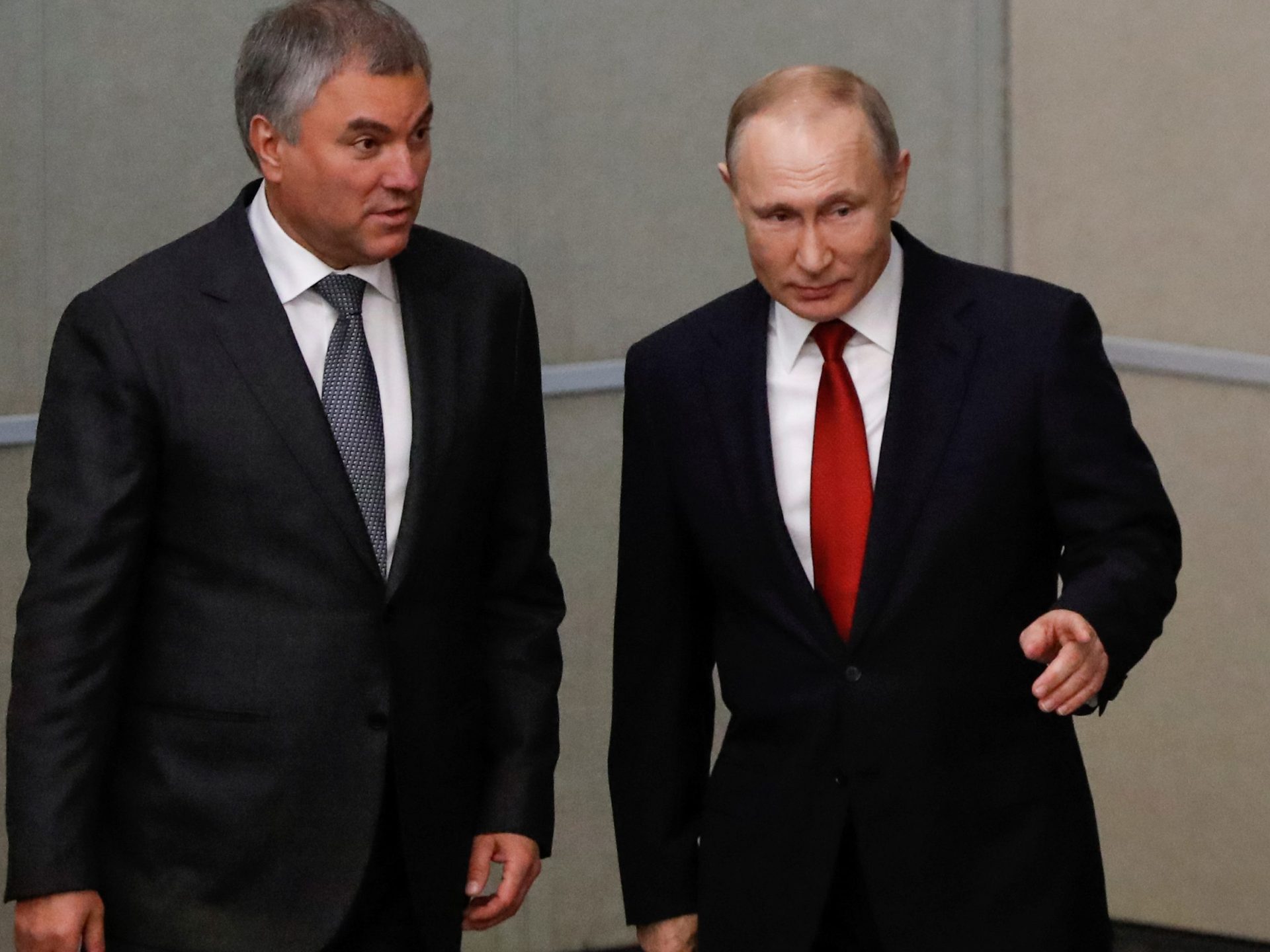 Vyacheslav Volodin, the speaker of Russia’s lower house of parliament, the Duma, has called on deputies to take part in the war in Ukraine after Russian President Vladimir Putin ordered a partial military call-up.

“Those who meet the requirements of partial mobilisation should help with their participation in the special military operation,” Volodin said on his Telegram channel on Thursday, referring to Russia’s invasion of its neighbouring country.

“There is no protection for the deputies,” added the ally of Putin.

In a televised statement that aired on Wednesday morning, Putin had ordered a partial call-up of reservists to bolster his forces in Ukraine after they suffered a string of battlefield setbacks.

The total number of reservists to be called up could be as high as 300,000, according to Russian Defence Minister Sergei Shoigu. However, Putin’s decree authorising the move offered few details, raising suspicions that the draft could be broadened at any moment.

The call-up, meanwhile, sparked rare protests across the country and led to almost 1,200 arrests. It also sent some Russians scrambling to buy plane tickets to leave the country.

Volodin’s comments were seen as a reaction to a view that is common among some parliamentary circles that Putin’s call for national defence does not apply to them – one legislator, for instance, said he was needed in the country.

At the same time, Volodin praised parliamentarians who were already deployed in the occupied Donbas region of eastern Ukraine. According to him, only reservists with combat experience and special military training are called up.

He also acknowledged that “questions arise that worry [Russian] citizens” following street protests and reports of a mass exodus of young Russians from the country.

“In Ukraine there are NATO trainers, mercenaries from NATO countries, NATO technology, weapons and ammunition,” he said, adding that there were 1,000 kilometres (621 miles) of the front line to defend.

NATO has not sent troops to defend Ukraine, which is not a member of the Western military alliance, but Western countries have provided significant military assistance to Ukraine to help it fight back against Russia’s invasion.