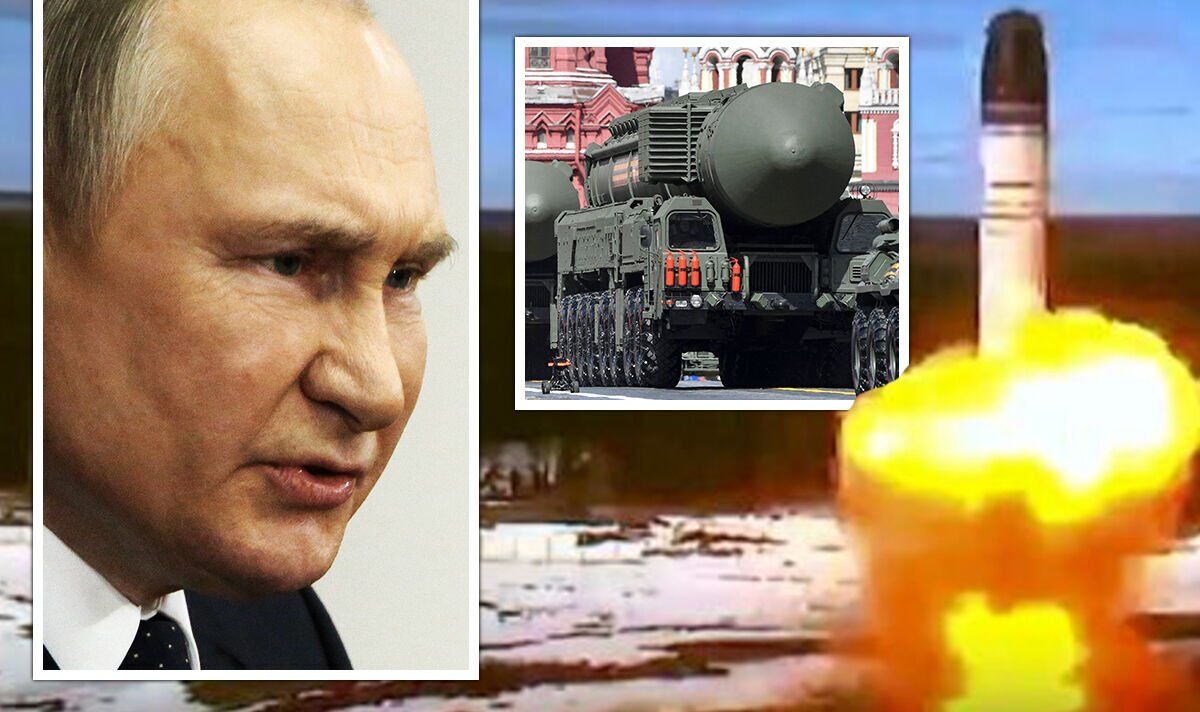 Aleksey Zhuravlyov, a member of the Duma and a Putin ally, reportedly told state TV Russia 1 said it was “absolutely legitimate” for Russia to question the existence of Finland. He said that a Satan-2 missile could reach the UK from Kaliningrad, a small Russian enclave in Europe, in around 200 seconds.

Finland “should be grateful to Russia” for their very existence, he is said to have added, claiming it did not need to reposition its nuclear weapons in light of the latest military agreement, as they could easily hit their targets from where the nukes are stationed now.

The Russian politician claimed that Finland had been forced into agreeing to join NATO by the US, which Russia could reduce to “nuclear ashes” if it so wished.

The latest nuclear threats coming out of Russia only add to fears that the invasion of Ukraine may tip the world into war.

According to a translation by the Mail, Mr Zhuravlyov said: “If Finland wants to join this bloc, then our goal is absolutely legitimate – to question the existence of this state. This is logical.

“If the United States threatens our state, it’s good: here is the Sarmat [Satan-2 missile] for you, and there will be nuclear ashes from you if you think that Russia should not exist.

“And Finland says that it is at one with the USA. Well, get in line. The Finns in general should be grateful to Russia for their statehood, for the fact that Finland exists as a country.”

Asked if Russia would move nuclear weapons towards its border with Finland, he reportedly replied: “What for? We don’t need to.

“We can hit with a Sarmat from Siberia, and even reach the UK. And if we strike from Kaliningrad… the hypersonic’s reaching time is 200 seconds – so go ahead, guys.

“On the Finnish border we will have not strategic weapons, but Kinzhal-class, one that will reach Finland in 20 seconds, or even 10 seconds.”

Russia has already said it would be forced to take “retaliatory steps” over Finland’s decision to join NATO, which it said it would do “without delay” earlier this week.

Mr Zhuravlyov reportedly claimed that Finland was being coerced into joining the military alliance.

He told the channel: “The Finns have nothing to share with us. They receive more than 90 percent gas, timber and much more from us.

“Who needs fighting first of all? The Finns? They are not afraid that Russia is attacking them. ‘Of course, sooner or later the Americans will force them to do so.

“Just as they forced Ukraine to do it, they are trying to force Poland and Romania. And, as practice shows, they succeed.

“It is impossible to say that Finland will join NATO and behave towards us as before – this will not happen. The Americans will incite them to provocations.

“We endure for a long time. But this cannot go on forever.”

On Thursday, Boris Johnson travelled to Finland and Sweden to sign security pacts with the two Scandinavian nations, which pledge military assistance if either one is attacked.

Mr Johnson and Magdalena Andersson, the Swedish Prime Minister, said co-operation was “even more important” given the threat from Russia.

Mr Johnson said the “solemn” declaration between the UK and Finland reflected the “extreme difficulty of the times we are in”.

It is not the first time Mr Zhuravlyov is said to have threatened the UK with nuclear annihilation since Russian troops entered Ukraine nearly three months ago.

In late April, he was reportedly seen on Russian television stating: “One Sarmat [missile] and that’s it – the British Isles are no more.”

He went on to insist that “no one will survive this war”. A graphic on the broadcast suggested the missile could reach London in 202 seconds.