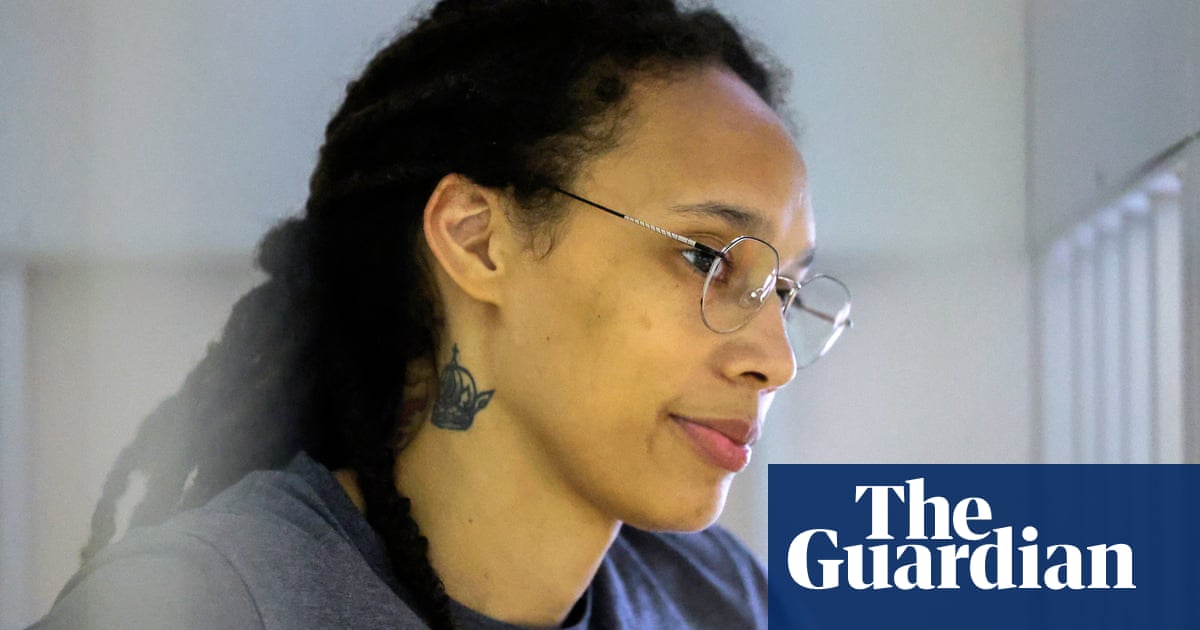 Russia is ready to discuss a prisoner swap for imprisoned Americans, said its foreign minister, Sergei Lavrov, but added that the Kremlin would resist public pressure to free US basketball star Brittney Griner and others being held in Russian prisons.

Lavrov’s remarks came one day after Griner received a nine-year prison sentence on drug charges that were seen as a gambit to demand an exchange for high-profile Russians in prison in the US, including the arms trafficker Viktor Bout.

“We are ready to discuss the issue [of a swap], but this should be done via the channel approved by the presidents, Putin and Biden,” Lavrov said during a press conference in Cambodia.

He referred to a backchannel that had been set up by Joe Biden and Vladimir Putin, saying “no matter who says what in public, this channel remains relevant”.

That backchannel appeared to have been successful in arranging the release of Trevor Reed, an ex-marine who had been detained in Russia for more than two years before he was exchanged in April for Konstantin Yaroshenko, a Russian pilot who had been held for more than a decade on drug smuggling charges.

But Lavrov also warned that Russia would not respond to “megaphone diplomacy”, demanding that any negotiations be carried out discreetly.

“If this is another case of the Americans resorting to public diplomacy and loud statements on their pending steps, it’s their business or I would even say their problem, because the Americans often fail to honour the agreement on doing calm, professional work,” he said.

Griner and her legal team tried to steer clear of politics during her trial. “I know everybody keeps talking about ‘political pawn’ and ‘politics’, but I hope that is far from this courtroom,” Griner said in a closing statement on Thursday.

Lavrov said that he had not discussed the issue of a swap with the US secretary of state, Antony Blinken, who also attended the Asean conference in Cambodia’s capital, Phnom Penh.

The Kremlin spokesman, Dmitry Peskov, declined to comment on a potential swap for Bout, the arms trafficker. “These swaps will never happen if we start discussing any nuances of the exchange in the press,” he told reporters on Friday.

Griner’s US teammates at the WNBA’s Phoenix Mercury were in tears as they watched on television, pre-match, their star player receive her sentence and plead for clemency.

Then they headed out to play their scheduled match against the Connecticut Sun, but not before the sports players and officials stood arm in arm on court for 42 seconds – Griner’s team number is 42, while fans called “we are BG” and “bring her home”, the New York Times reported.