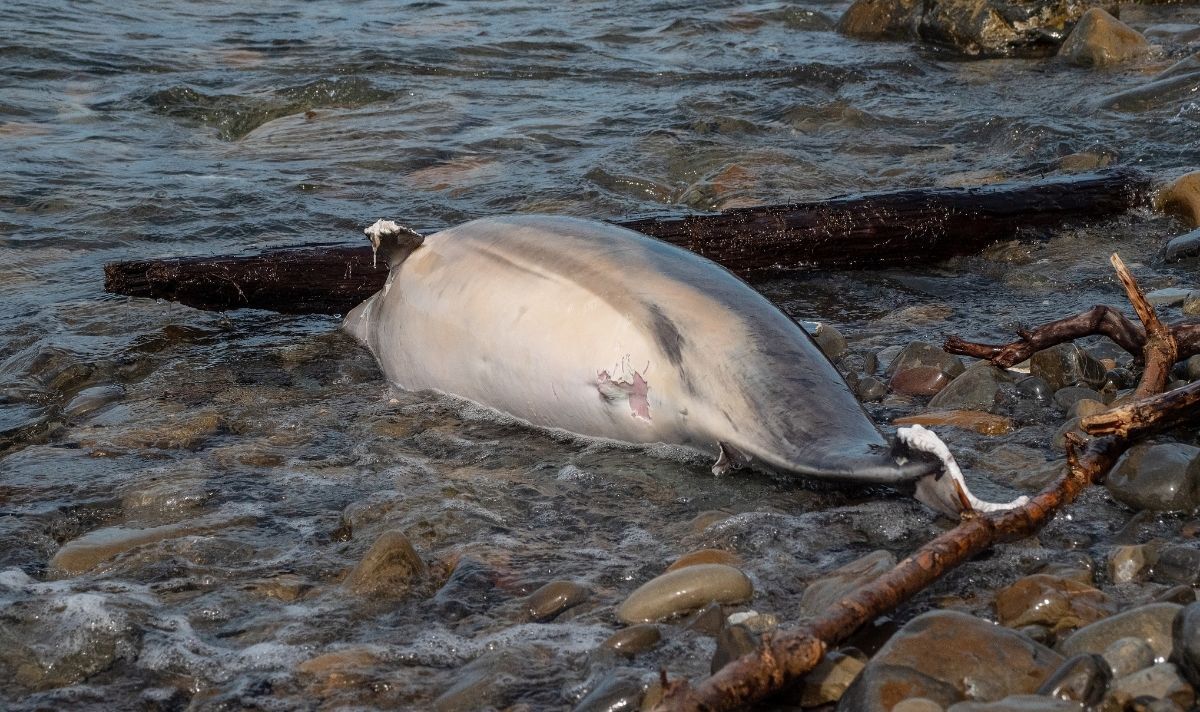 Dolphins navigate by means of echolocation — sometimes called “biosonar” — in which they emit sounds out into their surroundings and listen for the echoes that are returned. Echolocation allows the marine mammals to both locate and identify objects, even from considerable distances, and is used to help navigate and forage even in murky conditions. However, the low-frequency sonar used by warships, which operates on the same principle, directly interferes with echolocation.

With their special sensory technique thrown off, the animals suffer a reduced ability to hunt prey, increasing the risk of starvation.

They also get lost and confused, causing them to panic — which can result in them running themselves aground onto sharp rocks, beaching onto shore or even swimming in naval mines and setting off fatal explosions.

Marine biologist Dr Uğur Özsandıkçı of Sinop University told NBC News that more than 100 dolphins have washed up on the northern coast of Turkey since Putin’s invasion of Ukraine began in February this year — far more than is usual.

Alongside this, dolphins in the Black Sea have been spotted behaving unusually, with experts believing the cause is noise pollution from Russian warships to the north.

A full investigation into the death and behavioural shifts — and the impact such is having on the Black Sea dolphin populations as a whole — could take months, if not years.

Many parts of the coastline are presently off-limits to researchers thanks to the war.

Regardless, the Turkish Marine Research Foundation has warned, these deaths and other forms of marine pollution linked to the war have the potential to create a “crisis in biodiversity”.

Dolphins in the Black Sea are likely more vulnerable than they were during the 2014 annexation of Crimea by Russia, as Putin’s naval forces now have a stronger presence around the port of Sevastopol.

On the dolphins already found washed up on Turkish shores, Dr Özsandıkçı said: “These are only the deaths we have been able to observe.

A necropsy of four of the dolphin’s corpses revealed that they appeared to have become tangled in fishing nets, which they may have swum into in confusion.

More common dolphins have also been found washed up en masse along the coasts of Bulgaria and Crimea — a fate odd for a species which typically stick together in schools and stay out in the open sea, far from the coastline.