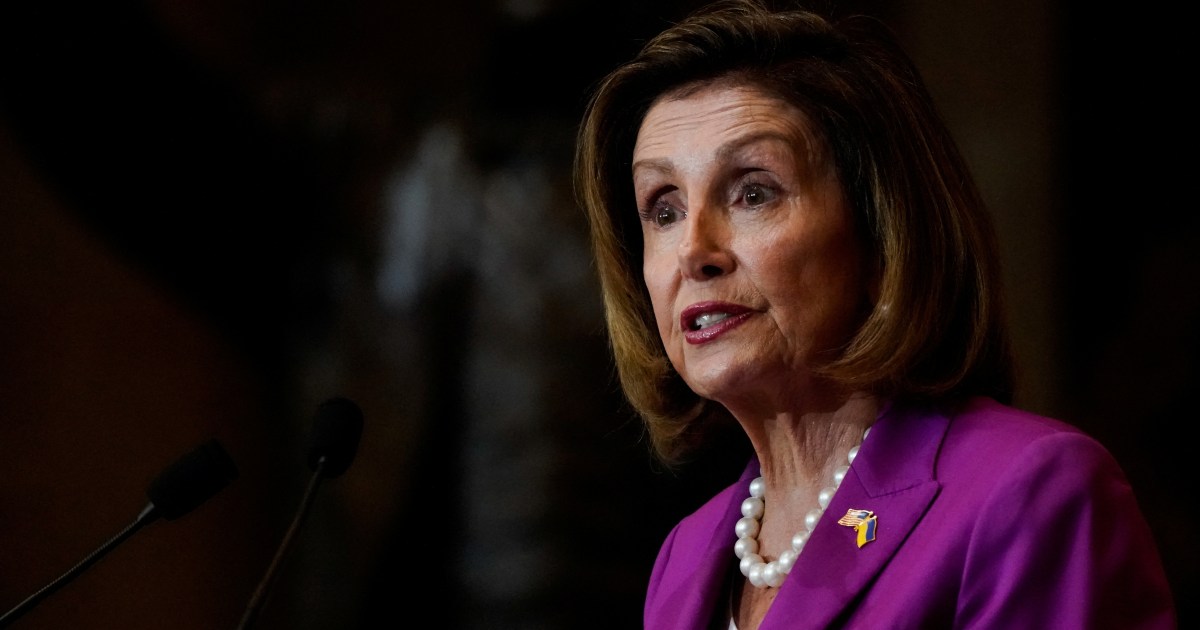 The likely imminent visit by the US House speaker to the self-ruled island claimed by China has drawn Beijing’s ire.

A spokeswoman for Russia’s foreign ministry has accused Washington of “destabilising” the world amid reports US House of Representatives Speaker Nancy Pelosi is set to visit Taiwan despite vociferous opposition from Beijing.

While there have been no official announcements, several Taiwanese media outlets reported late on Monday, citing unnamed sources, that Pelosi would arrive in Taiwan on Tuesday.

She would become the highest-ranking elected US official to visit the island in more than 25 years if she makes the trip.

But China has warned against Pelosi visiting the self-ruled island, which it claims as its own, saying the United States will “pay the price for undermining China’s sovereignty and security interest”.

“Washington is bringing destabilisation to the world. Not a single settled conflict in recent decades, but many provoked ones,” she said in a Telegram post on Tuesday.

Faced with sweeping Western condemnation and punishing economic sanctions over its Ukraine invasion, Russia has sought closer ties with China. It has also expressed solidarity with Beijing over Taiwan.

Russia’s assault on Ukraine has heightened fears that Beijing might follow through on its threats to annex Taiwan, which rejects China’s sovereignty claims and says only its people can decide the island’s future.

Beijing has been steadily ratcheting up diplomatic and military pressure on the self-ruled democracy since President Tsai Ing-wen was first elected in 2016.

Meanwhile, threats of retaliation over a visit by Pelosi have driven concerns of a deepening crisis amid continued tension between the US and China.

Beijing views visits by US officials to Taiwan as sending an encouraging signal to the pro-independence camp on the island.

Washington does not have official diplomatic ties with Taiwan but is bound by US law to provide the island with the means to defend itself.

During a phone call last Thursday, Chinese President Xi Jinping warned his US counterpart Joe Biden that Washington should abide by the one-China principle and “those who play with fire will perish by it”.

Biden told Xi that US policy on Taiwan had not changed and that Washington strongly opposes unilateral efforts to change the status quo or undermine peace and stability across the Taiwan Strait.