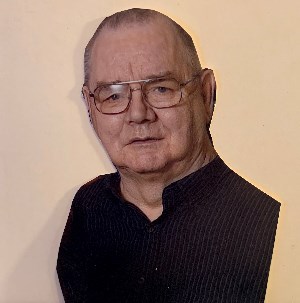 After a valiant battle with cancer, Robert passed away peacefully in his home surrounded by his loving family and friends. He kept his sense of humour right until the very end. Husband and soul mate of Linda (nee Lavallee) for 33 years. Loving father of Jeremy Boyer, Catheline Royer, Ryan Royer, Albert Royer (Angie) and Randy Royer (April). Grandpa of 15 and great grandpa of 5. Son of the late Ange-Albert and the late Gisele Royer and son in law of the late Leonard and the late Lillian Lavallee. Brother of Gilles (Carmaine), Marcel (Brenda), Florianne McLean (Florian), Real (Lucille), the late Yvan, the late Albert, Sylvie Pilon and Suzie (late Dan McLeod). Fondly remembered by siblings in law Leonard Lavallee (Helen), Leona Turton (Morley) and Lucille Rodriguez (Hector). Robert will be deeply missed by many nieces and nephews, his dear friends Lynn, Bill and Melissa Olmstead as well as his fur babies KitKit, Peach and Bandit.

Robert was an avid hunter and fisherman who enjoyed the outdoors. He was self-employed most of his life as a mechanic and Jack of all trades.

At Robert’s request, no services will be held.