Skip to content
HomeNewsRoyal POLL: Are you ashamed Prince William was booed by crowds at the FA Cup Final? 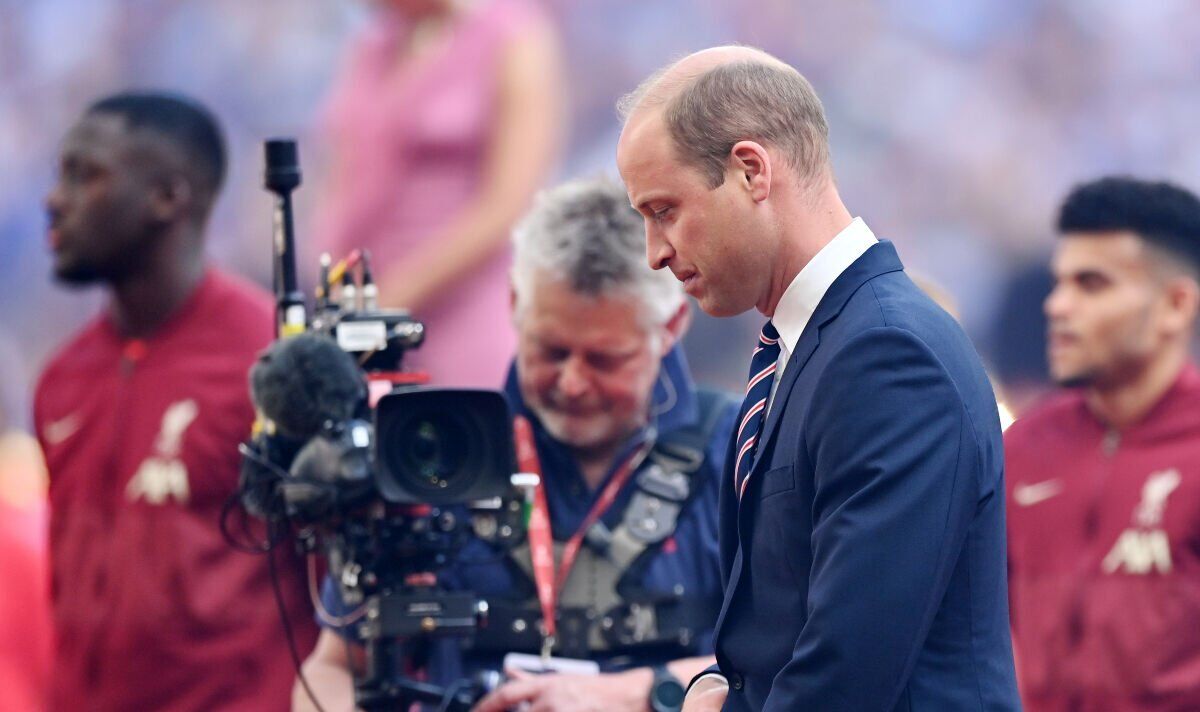 Coverage from Saturday’s game shows Prince William, 39, being introduced to Chelsea and Liverpool players before kick-off. The Duke of Cambridge attended the match in his role as president of the Football Association, a position he has held since 2006.

Footage from the game shows the jeers started during a rendition of the Christian hymn Abide With Me performed by B Positive Choir.

The hymn has traditionally been sung at the FA Cup final since 1927.

The outburst began once again when Prince William was introduced to the crowd and began shaking the hands of the players.

The booing and jeers then came to a head during the National Anthem, God Save The Queen.

Liverpool emerged victorious during the game, beating Chelsea 6-5 on penalties after extra time.

As the Duke of Cambridge handed out winners’ medals to the Liverpool players afterwards, however, no jeering could be heard from the crowd.

So, what do YOU think? Are you ashamed Prince William was booed by crowds at the match?

Vote in our poll and leave your thoughts in the comment section below.

William tweeted about his excitement ahead of the match on his and Kate’s Twitter account, Kensington Royal.

The tweet reads: “Off to the men’s #FACupFinal! Who do we think will win?”

After the match, which marked Liverpool’s eighth FA Cup triumph, the Duke tweeted again to share well wishes with the teams.

The message was signed off with the initial ‘W’ making it a rare personal tweet from the royal.

“Very well deserved after a long journey and commiserations to @ChelseaFC, you showed real fight for the full 120 minutes and more. W #FACupFinal”

The controversy came a day after Prince William personally delivered a damehood to Deborah James before sharing afternoon tea and champagne with her and her family.

She launched the Bowelbabe fund earlier this week, with an initial goal of raising £250,000 for research into personalised medicine for cancer patients and to support campaigns to raise awareness of bowel cancer.

Mrs James, 40, has now raised almost £6million since revealing she is receiving end-of-life care for her bowel cancer.

In an Instagram post about the Duke’s visit, she wrote: “Prince William actually came to our family house today!! I am utterly honoured that he joined us for afternoon tea and champagne, where he not only spent a generous amount of time talking to my whole family but also honoured me with my Damehood.”

She added: “It’s quite surreal having a royal pop in at home, and yes you can imagine the cleaning antics and preparation went off the scale – but it was all irrelevant because William was so kind and he put us all at ease.

“He is clearly passionate about improving oncology outcomes as the President of the Royal Marsden. It was such a special day for my whole family, making memories to last a lifetime. He’s welcome back any time!”