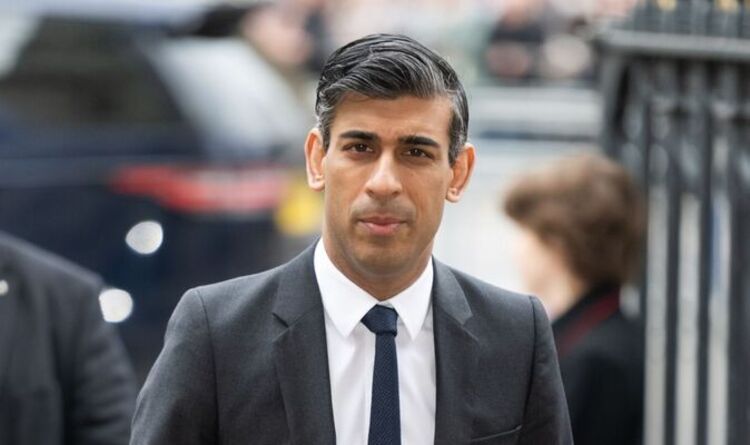 The Chancellor submitted a letter to Boris Johnson seeking a review into his financial and ministerial actions on Sunday evening. The review looks set to determine if there was any wrongdoing after a hellish week of revelations about the financial situation of Mr Sunak and his wife Akshata Murty.

Ms Murty had been granted non-domicile status in a move which meant she would not pay income tax in the UK.

The Chancellor is reported to be a beneficiary for some of her businesses and even held a green card for the United States and made multi-million-pound investments while being in Number 11.

Ms Murty declared on Friday she would start paying UK tax on her global earnings while retaining non-dom status.

Opposition politicians have repeatedly called for an investigation into Mr Sunak’s affairs which could be a matter of resignation.

Shadow Chancellor Rachel Reeves tweeted: “It cannot be that there is one rule for the Tories and another for everyone else. We need full disclosure now.”

Mr Sunak tweeted on Sunday: “Today I have written to the Prime Minister asking him to refer my ministerial declarations to the Independent Advisor on Ministers’ interests.

“I have always followed the rules and I hope such a review will provide further clarity.”

The letter stated: “Given the recent speculation surrounding my declarations I would like to ask the Independent Adviser on Ministers’ Interests to review the various declarations of interest that I have made since first being appointed as a Minister, and to reach his own judgement as to whether all my interests were properly declared.

“My overriding concern is that the public retain confidence in the answers they are given, and I believe the best way of achieving this is to ensure those answers are entirely independent, without bias or favour.”

He also noted his “confidence” that the review will conclude that he had declared all of the relevant information and that he “looked forward” to supporting the investigation.

A friend of the Chancellor told the Mail Online that Mr Sunak and his family are finding things “difficult” and that the reports have been “very damaging” as rumours surface that he considered handing in his resignation to spare his family.

However, the friend added that though Sunak has been wounded by these issues, he is not allowing it to impact his career and that “suggestions that he’s going to walk away are wide of the mark”.

They continued: “If there was something worse to come out it would be unsustainable, but he doesn’t think there is.”

Lord Geidt, who will head the investigation, had previously conducted an inquiry into Boris Johnson’s flat renovation in which he concluded the Prime Minister has acted “unwisely” but did not break the ministerial code.

Mr Sunak’s letter comes after he reportedly ordered an inquiry into the leak of his wife’s non-dom status and suggested he would seek legal action over declaring the tax status of another person.

He has been advised it would be unwise in the run-up to an election and would keep the story in the press.

Ex-Tory Party leader Sir Iain Duncan Smith said: “It is a mistake because no leak inquiry ever discovered the source but what it does do is keep the story running.

“It makes it look like he wants to hide it.”