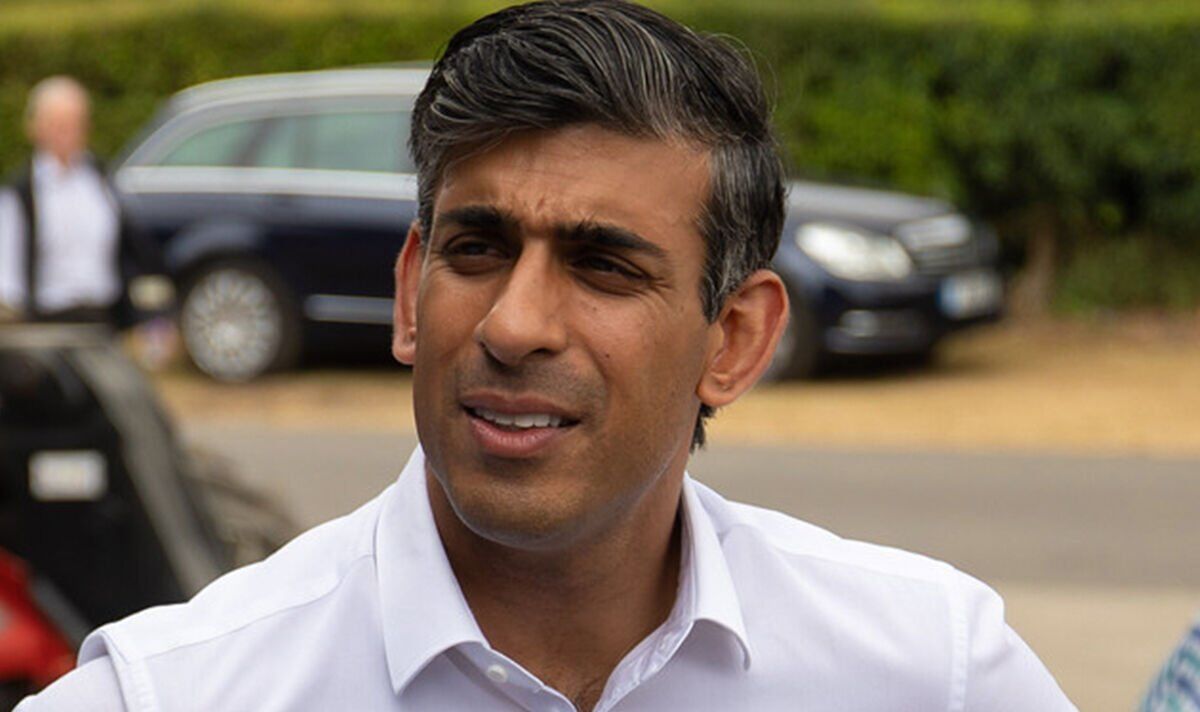 A video has emerged of the leadership candidate addressing party members in Tunbridge Wells, Kent in which he speaks of managing to start “changing the funding formulas” to give more money to wealthy parts of the country. The average house price in the prosperous town is £528,459, almost double the national average.

Mr Sunak’s remarks were made despite his repeated reassurances he wants to stick to the levelling up agenda first set out by Boris Johnson.

In a speech which is likely to spark outrage, he said: “I managed to start changing the funding formulas to make sure that areas like this are getting the funding that they deserve.

“Because we inherited a bunch of funding formulas from the Labour Party that shoved all the funding into deprived urban areas.

“That needed to be undone.

The policy, which has now been ditched, would have seen public sector workers outside of London and the southeast paid a lower salary in order to take into account the lower cost of living.

She was accused of failing to stand by the Government’s desire to boost the quality of living in northern towns and cities.

Conservative Mayor of Tees Valley Ben Houchen, who is backing Mr Sunak for the top job, said he was “speechless” following the proposals.

He said: “This is a ticking time bomb set by team Truss that will explode ahead of the next general election.”

Mr Sunak’s own error has been seized upon by the Labour Party.

“This is our money. It should be distributed fairly and spent where it’s most needed – not used as a bribe to Tory members.”

Referring to both Mr Sunak and Ms Truss, she added: “This leadership race is revealing the Conservatives’ true colours.”

Mr Sunak is currently trailing Ms Truss by 20 points in the leadership race according to an exclusive poll for Express.co.uk published last night.

The survey by TechneUK for this website found over the past week, support for the Foreign Secretary has surged by eight points among Conservative supporters to 56 percent.