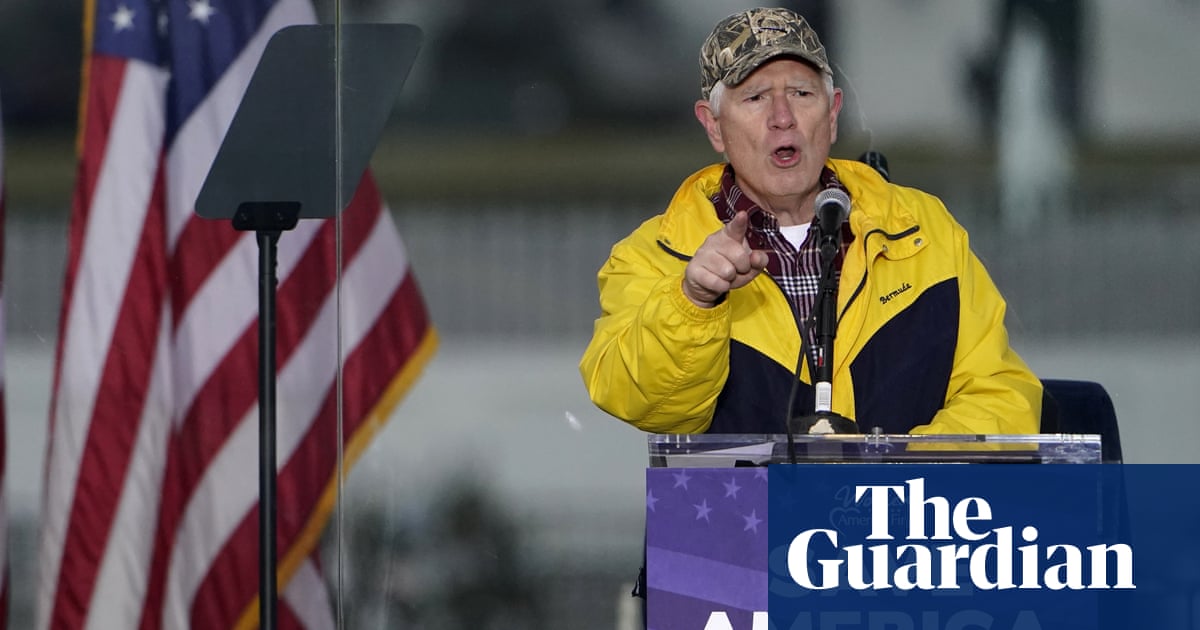 The extraordinary statement came in an angry response to a withdrawn endorsement in a US Senate race. Trump was angered that Brooks was insufficiently toeing his line on calling the 2020 election a fraud.

Brooks’ statement is likely to be of interest to the January 6 committee. The panel is investigating Trump’s lie about electoral fraud in his defeat by Biden, efforts to marshal members of Congress to object to election results, a rally near the White House on 6 January 2021 which Trump and Brooks addressed, and the deadly attack on the US Capitol that followed.

On Wednesday, after Trump withdrew his endorsement, Brooks said he was still in the Alabama race as the only true Trumpist candidate. He also claimed to have known he risked losing the former president’s endorsement by telling him “the truth” and added: “I repeat what has prompted President Trump’s ire.”

“The only legal way America can prevent 2020’s election debacle is for patriotic Americans to focus on and win the 2022 and 2024 elections so that we have the power to enact laws that will give us honest and accurate elections.”

“As a lawyer, I’ve repeatedly advised President Trump that 6 January was the final election contest verdict and neither the US constitution nor the US Code [the laws of the United States] permit what President Trump asks. Period.”

Brooks also said he “took a sworn oath to defend and protect the US constitution”, an oath he said he would “break … for no man”.

However, Brooks has until now been one of Trump’s most ardent supporters, including on and around the events of 6 January.

Addressing the “Stop the Steal” rally at the Ellipse in Washington DC, Brooks said: “Today is the day American patriots start taking down names and kicking ass.

Trump told supporters to “fight like hell” to stop the certification of election results.

According to a bipartisan Senate report, seven deaths were linked to the riot that followed. Nearly 800 people have been charged, some with seditious conspiracy. Trump was impeached for inciting an insurrection but acquitted when enough Republican senators stayed loyal.

In the aftermath of the riot, Brooks was the first of 147 Republican members of Congress to vote against certifying election results. His role in the “Stop the Steal” movement has been under scrutiny ever since.

Multiple reporters have placed Brooks with other far-right Republicans including Marjorie Taylor Greene of Georgia and Jim Jordan of Ohio in White House meetings with Trump. An organiser of the 6 January rally, the convicted felon Ally Alexander, has named Brooks and two Arizona Republicans, Paul Gosar and Andy Biggs, as members of Congress who helped plan the event.

Brooks said he spoke at the invitation of the White House and had no recollection of communicating with Alexander. He has also confirmed he wore body armour while giving his speech.

The January 6 committee has been weighing whether to seek to compel Brooks to testify.

A Democrat, Eric Swalwell of California, sued Brooks, Trump, Donald Trump Jr and Rudy Giuliani for violating federal civil rights law and local incitement law. In February, a federal judge said he would dismiss Brooks, Giuliani and Trump Jr from the suit, because their speeches were political and thus protected by the first amendment.

Brooks’s campaign for Senate features warnings of “dictatorial socialism and its threat to liberty, freedom and the very fabric of American society”.

He had attracted Trump’s endorsement. But in a statement on Wednesday, Trump said: “Mo Brooks of Alabama made a horrible mistake recently when he went ‘woke’ and stated, referring to the 2020 Presidential Election Scam, ‘Put that behind you, put that behind you.’

“When I heard this statement, I said, ‘Mo, you just blew the election, and there’s nothing you can do about it.’”

In response, Brooks accused Trump of being “manipulated” by Mitch McConnell, the Republican leader in the Senate. McConnell and Trump have split since the Capitol attack, after which McConnell voted to acquit Trump at trial but also excoriated him in a speech on the Senate floor.

In a second statement on Wednesday, Trump said of McConnell: “I am not a fan and there’s been no harsher critic than me. He has been absolutely terrible … the sooner he leaves ‘Leadership’, the better off the Republican party will be.”

McConnell’s place seems safe and the party establishment he leads reportedly fears that extreme pro-Trump candidates could jeopardise Republicans’ chances of retaking the Senate this year. A model for such a failure exists in Alabama, where in 2017 an extremist, Roy Moore, was beaten by the Democrat Doug Jones.

Brooks has however fallen behind in polling and fundraising. Katie Britt, a former aide to the retiring senator, Richard Shelby, is well placed to secure the nomination.