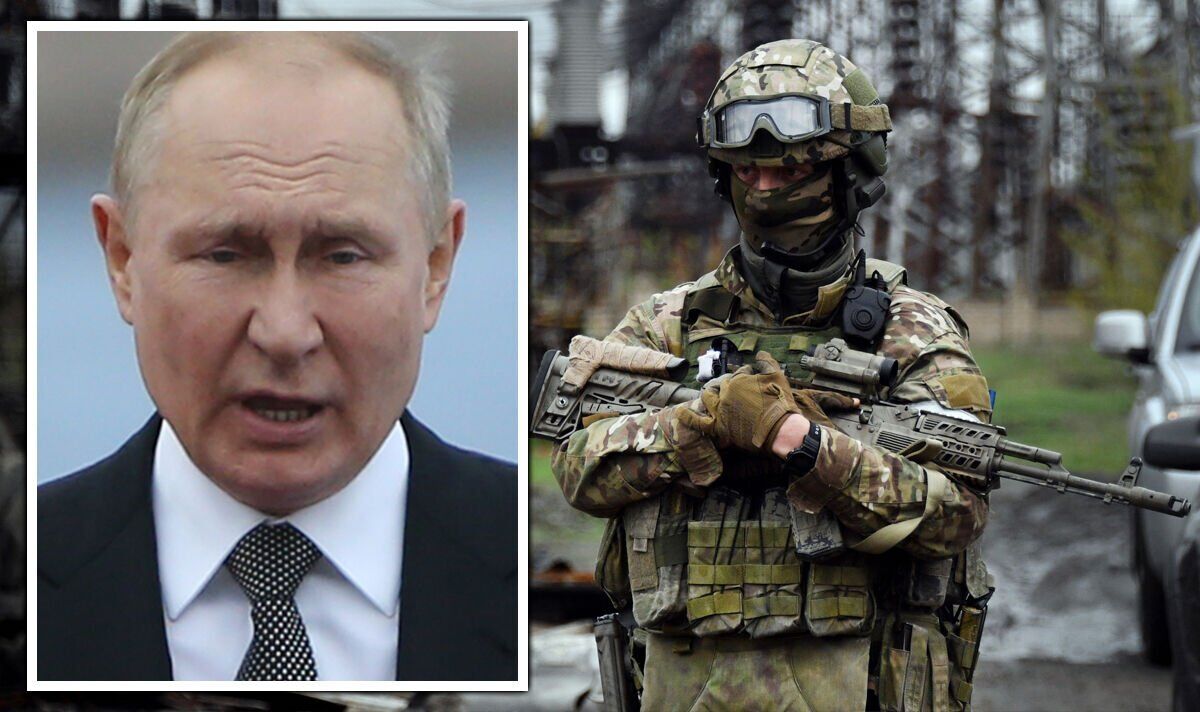 War expert Harry Kazianis warned the West’s economic sanctions on Russia are “going to bite dramatically”. He said Putin is facing an “existential situation”, warning his “regime is in trouble” if he cannot win the war in the next 60 days. Mr Kazianis, a war strategy expert, explained that Europe’s plan to shift its reliance away from Russian oil and gas will have a serious impact on the Russian economy, which is “already in an economic depression”.

Western allies have imposed sanctions on Russian businesses, oligarchs and politicians with links to Putin’s regime.

A range of sanctions has been put in place, including import bans and asset freezes.

The EU has said it will cut gas imports from Russia by two-thirds within the next year.

However, the bloc has stopped short of a total ban.

EU member states have agreed to cut gas usage by 15 percent over the next seven months.

The US has declared a complete ban on Russian oil imports, and the volume of oil imports by the UK has fallen sharply in the last year.

Speaking to Express.co.uk, Mr Kazianis said: “I think that Vladimir Putin bought into his own propaganda machine, which happened to a lot of dictators throughout history.

“But once that happens Russia can only send so much oil and natural gas to China and other buyers.

“After that, the Russian economy is going to be basically at a standstill.”

He added: “It’s already in an economic depression right now if you look at the GDP numbers.

“That’s only going to get worse over the months and years to come, so Putin really is in an existential situation where he has to try to win this war in the next 60 days.

“If he can’t do that, I really think his regime is in trouble.”

The report said: “Despite Putin’s delusions of self-sufficiency and import substitution, Russian domestic production has come to a complete standstill with no capacity to replace lost businesses, products and talent; the hollowing out of Russia’s domestic innovation and production base has led to soaring prices and consumer angst.

“As a result of the business retreat, Russia has lost companies representing ~40% of its GDP, reversing nearly all of three decades worth of foreign investment and buttressing unprecedented simultaneous capital and population flight in a mass exodus of Russia’s economic base.”