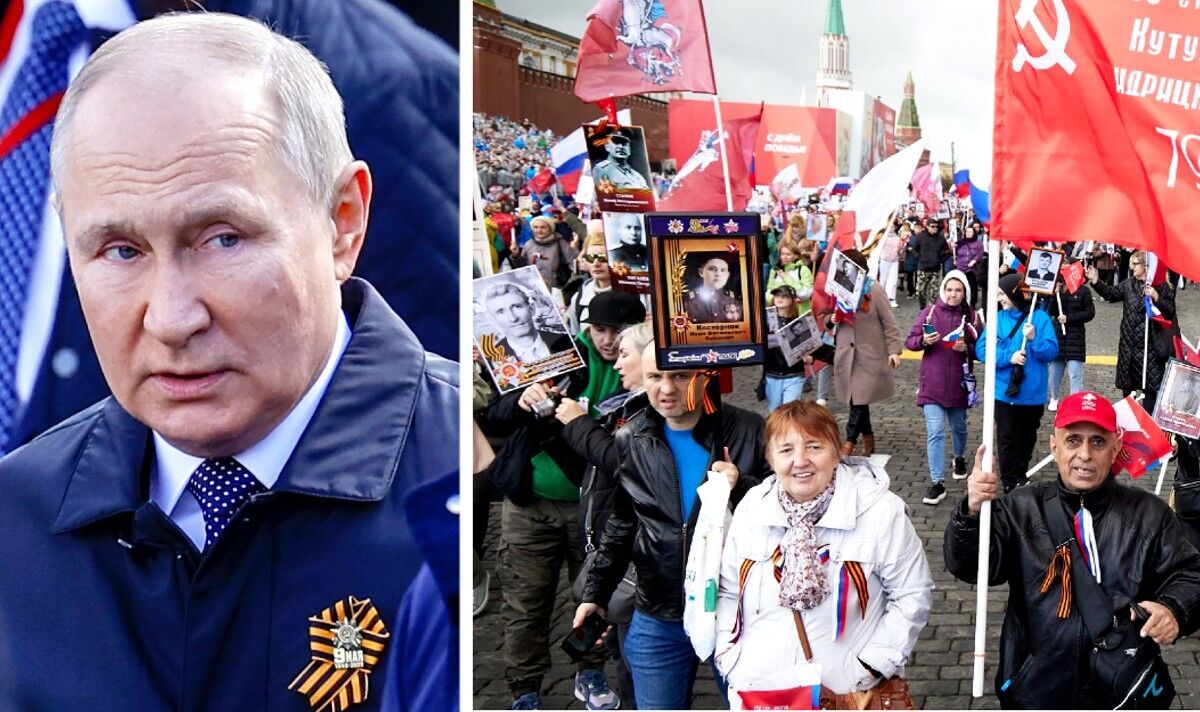 A Russian marketing agency offered people money to take part in the “Immortal Regiment” parade, which took place in St Petersburg on Monday. The march, which sits at the heart of the Kremlin’s Victory Day propaganda celebrations, sees Russian citizens march through towns and cities carrying images of relatives killed in World War Two. But this year, as a result of the war in Ukraine, Putin’s government encouraged people to carry placards of soldiers killed in more recent conflicts.

An undercover reporter for Russian news outlet Fontanka responded to the marketing agency’s advert, which offered people the equivalent of up to £5.65 to take part in the event.

According to the reporter, around 70 people responded to the advert posted by Akula, a marketing agency based in Moscow.

Writing about her experience at the event, the reporter wrote: “I was handed a poster with a black-and-white portrait of Pavel Viktorovich Minakin.

“According to information from open sources, he died during the second Chechen War in February 2000 from a sniper’s bullet.

“At the command of one of the organisers, we raised and lowered posters of the dead several times.

“The operator filmed. Nearby a timid ‘Ura!’ went up.

Akula is a marketing agency which specialises in “organising and holding promotional events in Russia”.

Since the invasion of Ukraine began on February 24 2022, a total of 25,100 Russian soldiers have been killed, according to Ukrainian estimates.

As many as 40 Russian colonels have also been killed in the fighting so far.

The death of Lieutenant Colonel Alexander Blinov, the 40th colonel to be killed in the onslaught, was confirmed on Monday when a photo emerged of his picture on a grave in Volgograd.

Russian officials had previously denied that the colonel, who served in a motorised rifle unit, had been killed.

As a result of the heavy losses, the Kremlin has scaled back its operations in Ukraine, with Russian forces reducing the intensity of operations near Kyiv and Chernihiv.