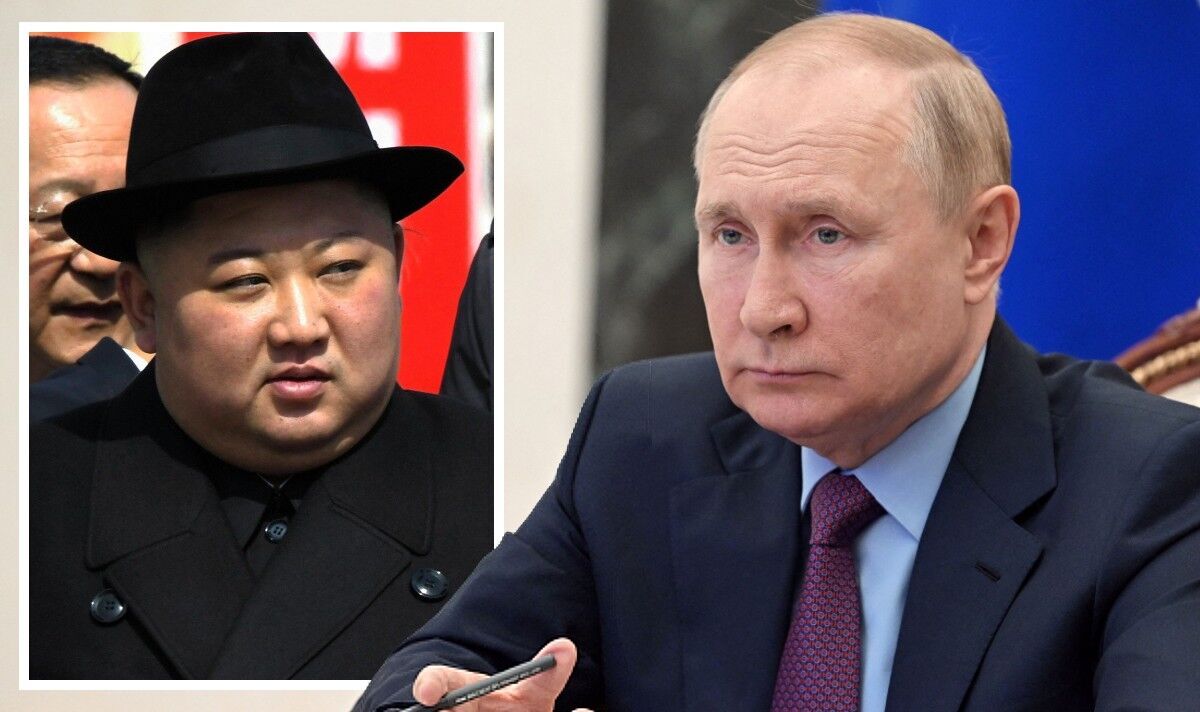 The news comes as Russian forces become ever more depleted in the face of stiff Ukrainian resistance, aided by advanced weapons from the West, such as HIMARS. Reports suggest over 41,500 Russian troops have died in the six months since the start of the war, with Putin forced to turn to young conscripts and convicts to fill the numbers.

In a bizarre twist, North Korean leader Kim could come to the rescue with a huge number of troops, as well as builders to help repair damage.

The deal would see Russia provide the isolated pariah state with grain and energy to alleviate food and energy struggles in the country, it is suggested.

The message of North Korean aid to Russia was delivered through diplomatic channels to Moscow.

Speaking of the move, a pro-Russian news agency said: “The country is ready to transfer up to 100,000 of its soldiers to Donbas.

“Pyongyang will be able to transfer its tactical units to Donbas.”

Russian reserve colonel Igor Korotchenko, told Russian state TV: “We shouldn’t be shy in accepting the hand extended to us by Kim Jong-un.”

The colonel, now editor–in–chief of Rossiya 1, added: “There are reports that 100,000 North Korean volunteers are prepared to come and take part in the conflict.”

He was challenged by other presenters on whether there could be volunteers from North Korea where total obedience is required.

But he said North Korean people were “resilient and undemanding” and “the most important thing is they are motivated”.

He added: “If North Korean volunteers with their artillery systems, a wealth of experience with counter-battery warfare and large calibre multiple launch rocket systems, made in North Korea, want to participate in the conflict, well let’s give the green light to their volunteer impulse.

“If North Korea expresses a desire to meet its international duty to fight against Ukrainian fascism, we should let them.”

It was the “sovereign right of the DPR and LPR to sign the relevant agreements” said the colonel, referring to the notion the “independent” states could choose their own fate on such matters.

Ties between Russia and North Korea date back to 1948, when the Soviet Union became the first country to officially recognise the DPRK.

During the Korean war, the Korean People’s Army was supported by the USSR which shared the communist values still supported today by Pyongyang.

Relations between the two countries continued even after the dissolution of the Soviet Union, with Putin giving it more importance when he was elected president in 2000.

Kim Jong-un accepted an invitation to visit Russia in 2015, and the pair met on Russian soil in Vladivostok following a train journey by Kim to Russia.

When Putin launched his invasion in Ukraine on February 24, North Korea was one of five countries to oppose a United Nations resolution condemning the invasion.

North Korea has one of the world’s largest armies in terms of manpower.

North Korea is also believed to be a nuclear-powered state, with regular testing of ballistic missiles and nuclear components in secretive subterranean sites.