“We are concerned that the protracted political impasse is having an increasingly negative impact on security,” said Under-Secretary-General for Political and Peacebuilding Affairs, Rosemary DiCarlo.

“A coordinated and constructive effort is required to prevent further polarization and end the political stalemate.”

Last week, UN Special Advisor Stephanie Williams convened a second round of consultations of the Joint Committee of the House of Representatives and High State Council, in the Egyptian capital, Cairo, reviewing a reformed constitution for a democratic way forward for the country, the 2017 Constitutional Draft.

The delegations reached agreement in several areas, including basic rights and freedoms; the structure and powers of a two-tier new parliament; and the prerogatives of the President and Prime Minister.

Under UN auspices, members will reconvene on 11 June for a final round to reach consensus on finalizing constitutional arrangements to hold key national elections – delayed from last December – as soon as possible.

The Special Adviser also met Presidency Council members, who expressed their intention to continue working on a national reconciliation process with UN and African Union support.

While the 2020 ceasefire continues to hold, Ms. DiCarlo stated that the security situation “remains fragile”.

She drew attention to clashes in the capital on 17 May, following the recent political crisis which began in March, which saw the eastern parliament select a new government. The incumbent UN and internationally-backed Prime Minister however, refused to stand aside.

One militant died, a policeman was injured and several buildings were damaged.

Following mediation by local actors and outreach by military representatives, from the 5+5 Libyan Joint Military Commission (JMC), Mr. Bashagha was escorted out of Tripoli.

“While fighting has ceased, the situation remains tense. Tripoli-based armed groups supporting either Mr. Dbeibah or Mr. Bashagha remain in a state of high alert,” the political chief said.

She reported that the JMC’s eastern and western delegations met on Monday and Tuesday in Spain for the first time since the end of February.

After discussions with the 5+5 Commission, the Special Adviser said that the members expressed their readiness to resume negotiations over the Ceasefire Agreement implementation.

Meanwhile, the reluctance of the Government of National Unity (GNU) to pay the Libyan National Army’s (LNA) salaries for the first quarter of this year – the military wing of the rival eastern administration – triggered the closure of several oil fields and ports, “cutting the country’s daily oil output in half,” Ms DiCarlo told ambassadors.

However, following Special Adviser Williams’ intercession with the GNU, the outstanding salaries were paid. Mr. Dbeibah confirmed that he would authorize regular monthly payments. 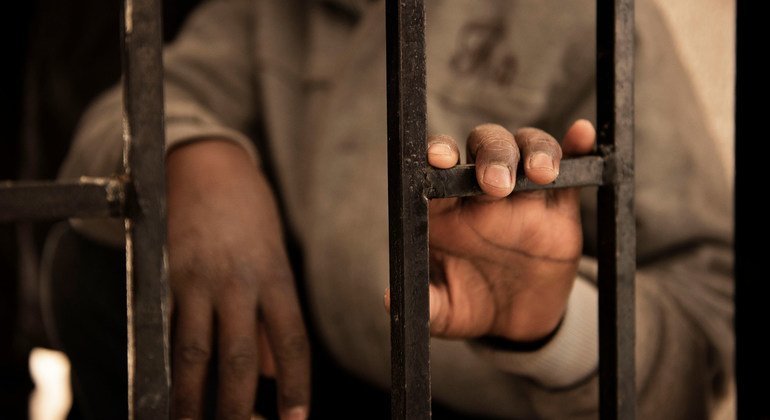 “Oil production, however, has yet to return to normal,” she added.

The human rights situation in Libya remains a source of great concern, Ms. DiCarlo told the Council, elaborating on a new wave of youth arrests for alleged crimes against “Libyan culture and values”.

And restrictions persist on the work of civil society organisations, including women’s rights groups accused of violating “the principles and values of Libyan society.”

Special Adviser Williams visited mass graves in Tarhouna and met with families of victims who disappeared between 2012 and 2020.

“The perpetrators of these horrific crimes have yet to be brought to justice,” said Ms. DiCarlo, shining a light on the “highly precarious” situation of internally displaced people.

Equally worrying are the continued campaigns of mass arrests and detention – in inhumane conditions – of undocumented foreign nationals and migrants in the western region.

“It is imperative that the ceasefire in Libya be maintained, calm preserved and any steps that could result in renewed violence be avoided,” the political chief underscored.

She stressed the need for all parties to uphold their commitment to “the peaceful resolution of political differences” and for political and security actors to “look beyond their personal interests and continue to engage constructively” in upcoming talks supporting the electoral/constitutional track.

“This is the only way to fulfil the aspirations of the Libyan people to select their representatives through the ballot box,” Ms. DiCarlo said, maintaining that the UN would “spare no effort” to support Libyans in building “a stable and peaceful country.”

The Under-Secretary-General flagged the importance of the Council’s support, which she described as “invaluable in keeping a political process alive”.

Meanwhile, a coordinated and constructive effort is required to prevent further polarization and end the political stalemate.

During a time of “aggravated global turmoil,” she upheld that unity in the Council and the international unity on peace in Libya is “especially important”.

“It is what Libyans deserve. It is what the world needs,” concluded Ms. DiCarlo.

Click here to listen to the meeting in its entirety,

A boy runs in the ruins of the Bab al-Aziziyah compound in Tripoli, Libya.