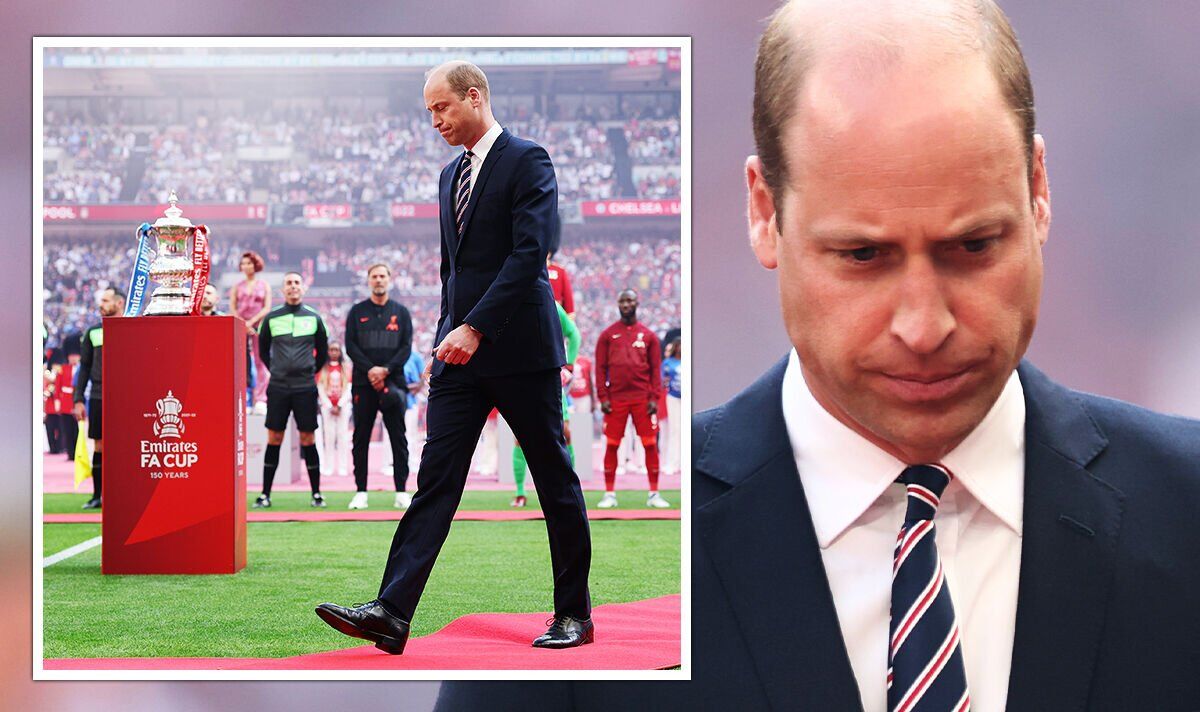 The crowd were heard booing during BBC coverage as the Duke of Cambridge shook hands with players ahead of kick off between Chelsea and Liverpool at Wembley Stadium on Saturday.

Football fans have reacted with shock to the booing with Twitter user @arthurshackle tweeting: “Prince William plus references to the royal family booed at Wembley prior to Cup Final. Did not expect that!”

Rob Harris, global sports correspondent for AP, tweeted that fans had disrupted a rendition of Abide with Me, jeered Prince William’s introduction and booed during the National Anthem.

Twitter user @FreakDS1 tweeted: “Astounding amount of booing at Wembley both as Prince William was handshaking the players plus [immediately] after the National Anthem. I’m talking booing at the Stadium. Unbelievable. What’s with that? Explain that one to me.”

Fellow Twitter user @MillHillBwy chimed in: “Bizarre? Never heard such a booing of Prince William and the national anthem. Weird.”

Members of the crowd jeered as William’s name was announced in the stadium ahead of the traditional player handshakes.

@greasyfishlips commented on Twitter: “There’s alot of booing going on at the FA Cup Final.”

Some football fans expressed disbelief at the response of some crowd members. @PatCondren tweeted: “Fans booing both Prince William and the National Anthem at the cup final? Maybe I’m imagining it.”

It comes after podcast host Deborah James revealed she was honoured with a damehood by the Duke of Cambridge at her family home.

Ms James, 40, shared the news on Instagram, writing: “Prince William actually came to our family house today!! I am utterly honoured that he joined us for afternoon tea and champagne, where he not only spent a generous amount of time talking to my whole family but also honoured me with my Damehood.

“It’s quite surreal having a royal pop in at home, and yes you can imagine the cleaning antics and preparation went off the scale – but it was all irrelevant because William was so kind and he put us all at ease.

“He is clearly passionate about improving oncology outcomes as the President of the Royal Marsden. It was such a special day for my whole family, making memories to last a life time.

“He’s welcome back any time!”