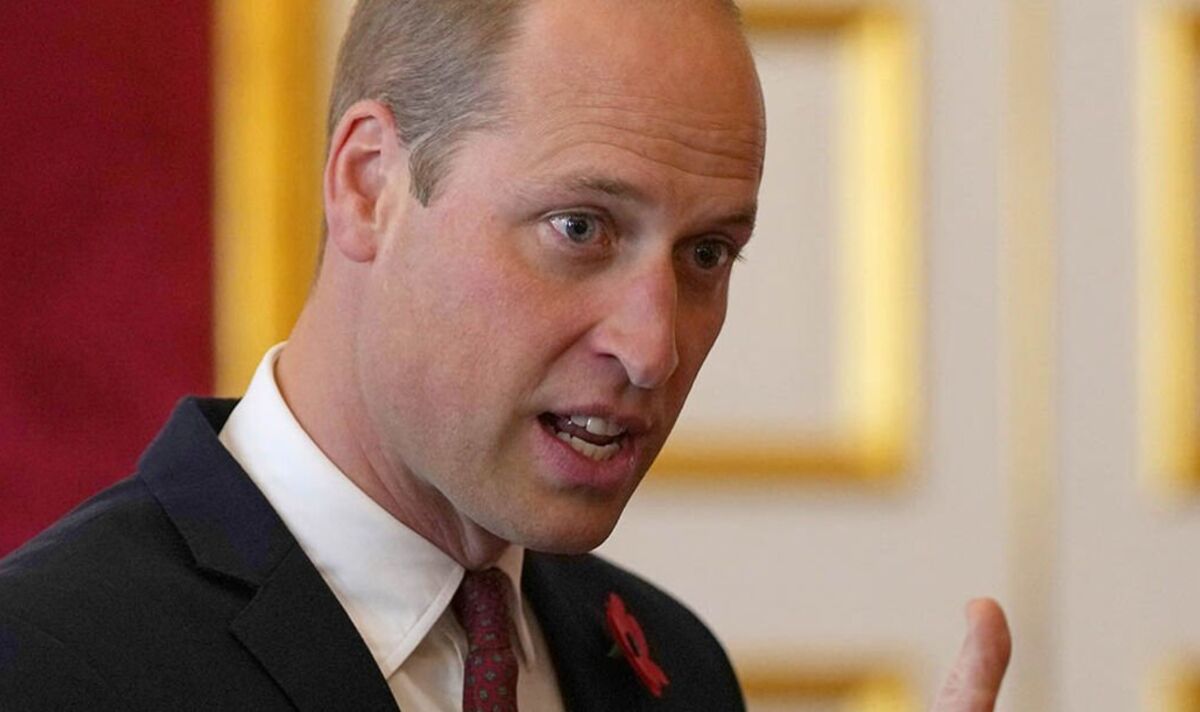 Prince William has been advised to “truly engage himself” in the support of the Welsh team to make up for the “misstep” he made ahead of the beginning of the 2022 World Cup taking place in Qatar. The heir to the throne was criticised by many Twitter users last week after he gave a “special send-off” to players of the English football squad ahead of their departure for Doha while holding the title of Prince of Wales.

He did not carry out a similar engagement with Welsh players, despite this being the first World Cup tournament they qualify for since 1958.

Commenting on how the Prince of Wales reacted to the criticism and his approach to the Welsh team, Ronn Torossian, Founder and Chairman at public relations and crisis communications agency 5WPR told Express.co.uk: “This is an incredibly sensitive time in UK and Monarch’s history, with Prince William recently being bestowed the title Prince of Wales and having to prove he can carry this title, especially to those who oppose the title still existing in the modern monarchy.

“Engaging with the English football squad in a rather intimate show of support without proactively planning how he was going to publicly support Wales, was a misstep for an individual who is trying to deepen his relationship with the Welsh people.

“Tweeting his well-wishes to both teams in Welsh was a step to remedy this, but the key to avoiding a clash here is going to be for William to truly engage himself in the support of the Welsh team, sharing photos or videos of him watching the matches or even visiting Wales where he can celebrate alongside dedicated and lifelong fans.

“Rather than simply tweeting a photo of Cymru apparel, he should be seen wearing it with pride.

“The more performative his efforts, such as a well-timed tweet before a match, the more authentic his support becomes.”

The row over William’s support for England while holding the title of Prince of Wales intensified after Welsh actor Michael Sheen hit out at pictures of the royal presenting England’s players with their shirts and numbers.

He tweeted: “He can, of course, support whoever he likes and as President of FA his role makes visit understandable – but surely he sees holding the title Prince of Wales at same time is entirely inappropriate? Not a shred of embarrassment? Or sensitivity to the problem here? #PrinceofWales”.

The following day, during his first visit to the Senedd since he was created Prince of Wales, Prince William mentioned where his football loyalty lies while chatting to some of his hosts – including Elin Jones MS, who has served as the Llywydd (Speaker) of the Senedd since 2016.

Without explicitly mentioning Mr Sheen or the controversy exploded online, the royal said: “I’m telling everyone I’m supporting both, definitely. I can’t lose. I’ve supported England since I’ve been quite small. But I support Welsh rugby and that’s my way of doing it. I happily support Wales over England in the rugby so… I’ve got to be able to play carefully with my affiliations.

“I worry otherwise if I suddenly drop England to support Wales then that doesn’t look right for the sport either. So I can’t do that… An England v Wales World Cup final would be the best, that would be pretty good.”

Noting it has been decades since Wales last qualified for this tournament, the royal said: “I’m making sure I’m out there supporting Wales through all the process because I know this is a big deal for Wales. When I was growing up, Wales didn’t get through to the tournaments so I had to make a choice.”

On Monday, ahead of the beginning of the first matches for both Wales and England – who ended up together in Group B alongside the US and Iran – the royal expressed his wishes to both teams in two different tweets – one written in English and one in Welsh.

Before Wales took on the US squad on Monday evening, the royal shared yet another tweet which included a picture of a bucket hat given to him by Ms Jones in Cardiff.

The English version of the message read: “After reaching the #FIFAWorldCup for the first time since 1958, it’s only right to watch the first @Cymru game in style. Thanks for the bucket hat @ElinCeredigion! W”

Both William and Kate, Princess of Wales, expressed their desire to deepen “the trust and respect of the people of Wales over time” after receiving their new titles.

They made a point to make Wales the first place they visited at the end of the period of royal mourning following the funeral of late Elizabeth II and they are expected to return to the nation again before Christmas to strengthen their bond with Welsh people.