Skip to content
HomeNewsPOLL: Do you care about new bombshell photos of Boris Johnson? 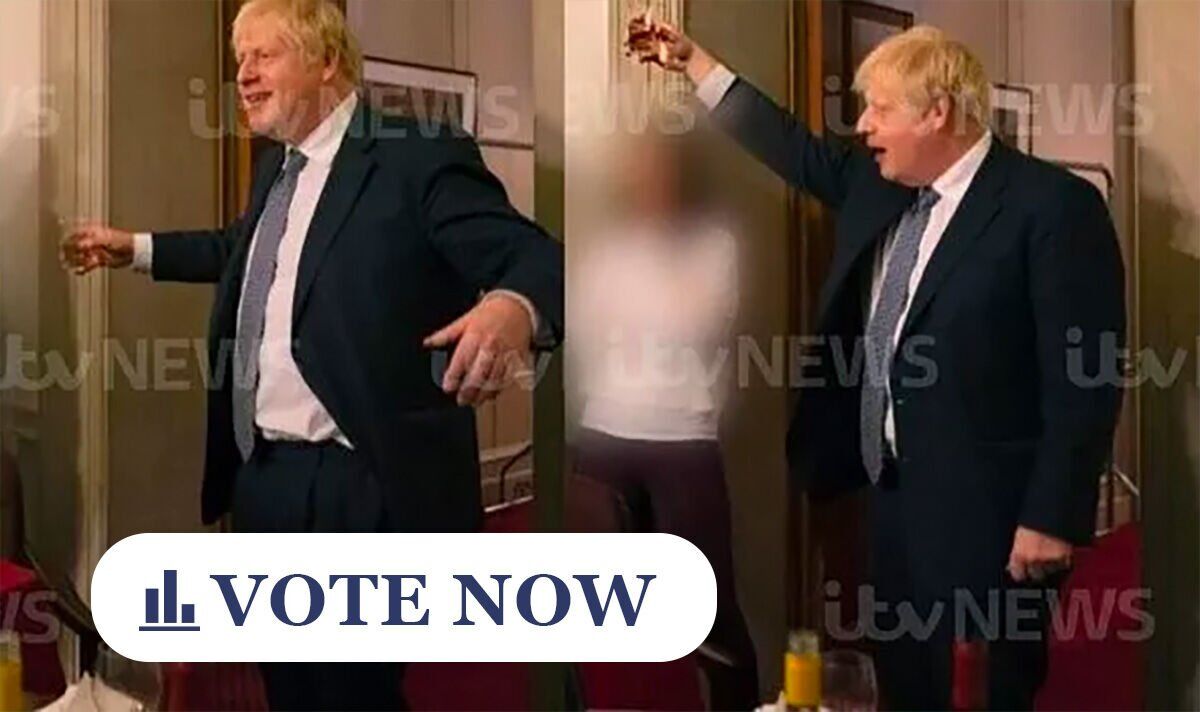 Photographs obtained by ITV News show Boris Johnson raising a glass at a Downing Street gathering on November 13, 2020. He is pictured with at least seven others to bid farewell to his departing communications chief, Lee Cain.

The photographs also depict bottles of alcohol and the Prime Minister’s red box.

The images raise further questions about why the Metropolitan Police did not fine Mr Johnson for his attendance.

​​The BBC reports that at least one person who attended the event was fined.

The Prime Minister was issued a fixed penalty notice by the Metropolitan Police for attending his birthday party in June 2020.The photos also compromise Mr Johnson’s claims that all rules were followed at No 10 and that he was unaware of any law-breaking parties.

Senior Conservative MP Tom Tugendhat said the photos show a lack of “seriousness” in attitude towards the pandemic.

He told Sky News: “It’s very difficult to look at those photographs because they don’t give the impression of seriousness that I think we really need in our country.”

“The Prime Minister must outline why he believes this behaviour was acceptable. To most, these pictures seem unjustifiable and wrong.”

However, Transport Secretary Grant Shapps argued that the Prime Minister’s red box appearing in the photos is evidence he had been working and did not intend to breach lockdown restrictions.

Mr Shapps said: “He goes down, I see the red box, which is his work box you see.

“It looks to me like he goes down on his way out of the office and thanks the staff and raises a glass and doesn’t recognise that in his mind as a party.”

ITV News chose to publish the pictures as it was decided the matter was in the public interest.

The pictures were published as Westminster awaits the publication of Sue Gray’s report into the partygate scandal, which may include more images.

A Downing Street spokesman said: “The Cabinet Office and the Met Police have had access to all information relevant to their investigations, including photographs.

“The Met have concluded their investigation and Sue Gray will publish her report in the coming days, at which point the Prime Minister will address parliament in full.”

So what do YOU think? Do you care about new bombshell photos of Boris Johnson? Vote in our poll and join the debate in the comment section below.