Skip to content
HomeNewsPOLL: Are you listening to Met Office advice to stay inside during heatwave? 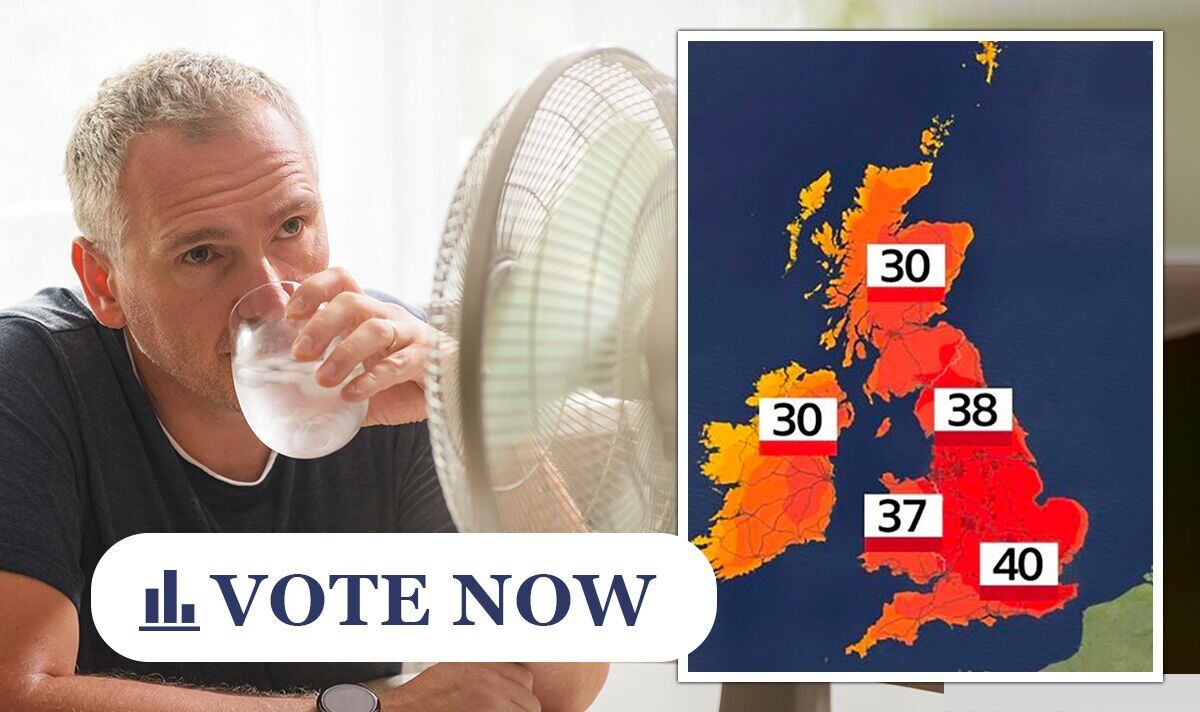 The UK had its warmest night on record last night, with provisional Met Office figures showing temperatures did not fall below 25C (77F) in some places. Rachel Ayers, a Met Office forecaster, said: “The temperature will be very hot throughout the day, before rising as high as 40C, maybe even 41C in isolated spots across England during the afternoon.

“This will make it the hottest day on record and the first time we have seen temperatures as high as 40C.”

Met Office Chief Meteorologist Neil Armstrong, said: “It is important people plan for the heat and consider changing their routines. This level of heat can have adverse health effects.”

She explained: “This is the first time we have issued a Red National Severe Weather Warning for extreme heat and the first time 40°C has been forecast in the UK.

“In this country we’re used to treating a hot spell as a chance to go and play in the sun. This is not that sort of weather.

“We have seen when climate change has driven such unprecedented severe weather events around the world that it can be difficult for us to make the best decisions because nothing in our life experiences has led us to know what to expect.”

The UK Health Security Agency and Met Office are urging the public to take precautions to stay safe during the hot weather.

How to get the most out of air con during heatwave [ADVICE]
Hot weather LIVE: Britain in FLAMES – fires erupt across UK [LATEST]
Heatwave will get even steamier today and could top 109F [REPORT]

A Level 4 alert has been issued in Britain for the first time since the Heatwave Plan for England was introduced in 2004.

This indicates that the heatwave could have impacts on transport systems, food, water, energy supplies and businesses.

Some schools have chosen to close due to the weather and Network Rail has issued a warning against travel.

So how about YOU? Are you listening to the Met Office advice to stay inside in the heatwave? Vote in our poll and leave your thoughts in the comment section below.