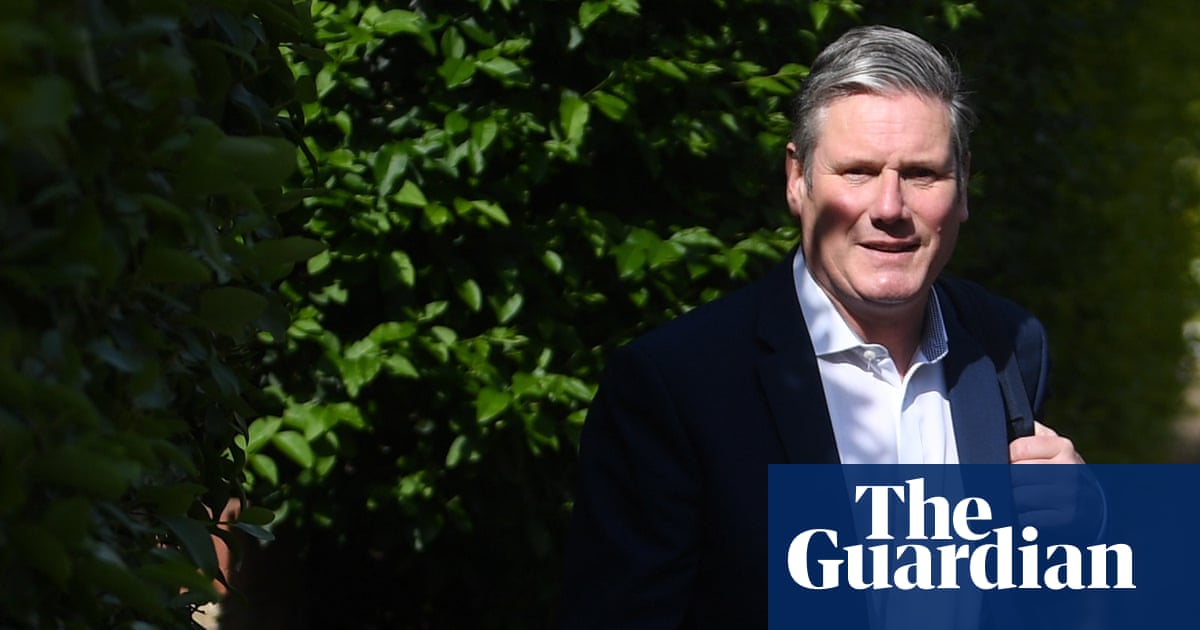 Detectives investigating Keir Starmer’s alleged breach of lockdown rules are considering interviewing the Labour leader face to face, with his Beergate agony likely to last at least a month before a decision on a fine is made.

Questionnaires are expected to be sent to those who police identify as having been present at a meal of takeaway curry and beer, but some may be questioned in person, the Guardian understands.

Durham police’s investigation is likely to last at least until June and any of the at least 15 people present, including Starmer and his deputy, Angela Rayner, could face a fine if detectives decide they have broken the law.

Labour said Starmer had paused work for food in the Durham constituency office of Mary Foy MP in April 2021, working into the evening with party aides on the byelection campaign for a seat in nearby Hartlepool.

The Durham force initially said it would not investigate Starmer, believing no rules had been broken, but after a campaign by newspapers supportive of the Conservatives, it cited “significant new information” when it announced an investigation on Friday.

One source said that information included the admission that Rayner had been present. Labour initially denied her presence, raising questions about the accuracy of the party’s account.

Despite the huge political interest in the saga, the alleged breach is a relatively low-level matter for the police, who will want to ensure their investigation is proportionate but will survive scrutiny.

Detectives are expected to seek material showing who was actually present, and who took decisions. They will take accounts from those in the constituency office to determine whether they had a reasonable excuse for their actions. They will also cross-check the accounts they are given and set them against the scores of changes to the regulations during the two years of Covid restrictions.

Later on Monday, has emerged Labour was preparing to present police with a dossier of evidence to show that Starmer’s team had worked beyond 1am on the night he was filmed drinking a beer. The dossier includes time-stamped logs of WhatsApp chats, documents and video edits.

The estimated one or two months’ duration of the investigation compares with the three days the force took in May 2020 to investigate alleged lockdown breaches by Boris Johnson’s former top aide Dominic Cummings.

That inquiry culminated in a short report that found he might have breached Covid rules when he made a 52-mile round trip to the town of Barnard Castle with his wife and son on her birthday.

The force’s report said its officers might have intervened to send Cummings home had they caught him on the trip on 12 April 2020 or fined him if he had refused.

The investigation into Starmer is in its early days and the police know they will be under intense scrutiny.

The Mail on Sunday produced a leaked Labour memo over the weekend, which the party leader’s critics claimed undermined his account of the event.

The political website Politico claimed on Monday that some people at the event were inebriated, which if true might contradict Labour’s story that the meal was a break after which work continued.

Starmer, a former director of public prosecutions, denies any wrongdoing.