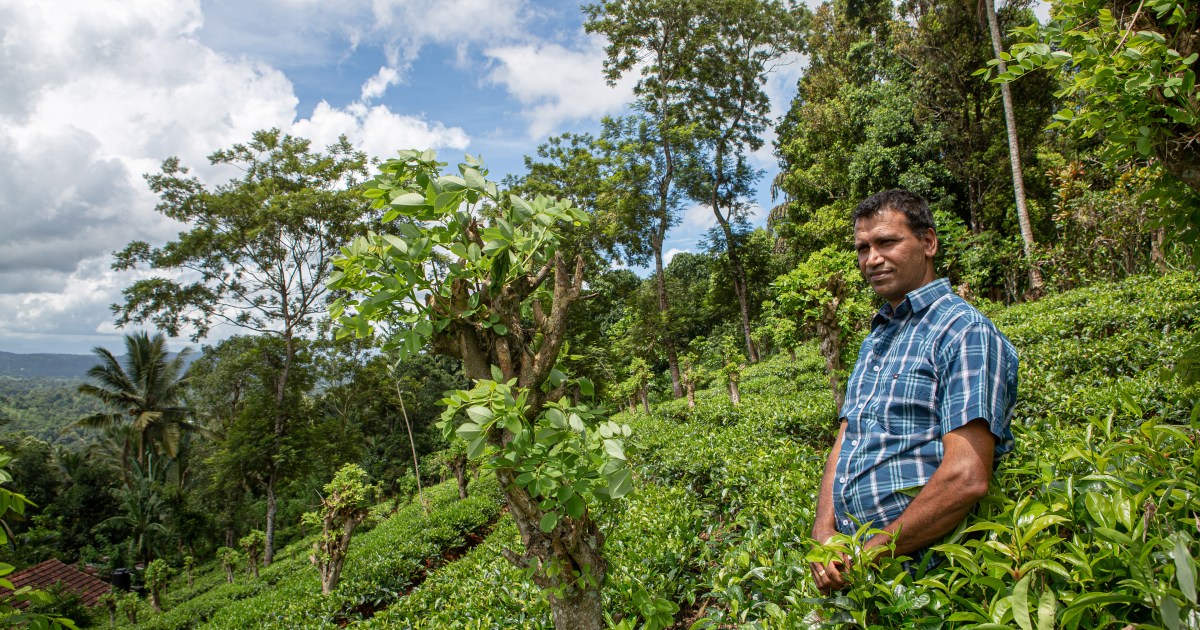 President Gotabaya Rajapaksa, whose clan’s alleged corruption and mismanagement plunged Sri Lanka into ruin after a two-decade-long hold over Sri Lankan politics, has escaped the country.

For the island’s bankrupted farmers, the fall of the Rajapaksa dynasty has a bitter-sweet taste.

“My country is very beautiful but politicians destroy it,” said Rohan Thilak Gurusinghe, a tea farmer in Kandy district, one of Sri Lanka’s tea-growing strongholds.

Walking across his distressed tea estate, Gurusinghe expresses sadness over the collapse of his once flourishing business.

“Six employees used to work here but I had to let go three of them as farming yields had crashed,” he told Al Jazeera.

The production of rice, another staple, also dropped by 40 percent during the growing season that ended in March. The island is now gearing up for a 60 percent drop in rice yields during Yala, the most significant cultivating season in Sri Lanka that lasts till August.

At the root of the problem lies a controversial overnight ban on chemical fertilisers by the Rajapaksa government in April last year in a bid to make agriculture fully organic.

“We told the government a sudden ban on fertilisers would destroy our income but no one listened to us, even less so the president who knows nothing about agriculture. It took them months to realise their mistake, that is insane,” Gurusinghe told Al Jazeera.

In April this year, a year since the ban, President Rajapaksa admitted that the abrupt move was a “mistake”.

The collapse of Sri Lanka’s agricultural sector and the $4.4bn tourism industry during the COVID-19 pandemic were early warning signs of an impending catastrophe.

The island of 22 million people ran out of foreign exchange reserves in the following months and could not pay for imports of fuel and other essentials, including fertilisers, the bedrock of agriculture.

As fuel reserves dried up, people began to queue up, sometimes for days, hoping to get a few litres of petrol. Skyrocketing inflation kicked in – reaching 55 percent in June – and desperate Sri Lankan farmers finally hit the streets once again, forcing the president to flee.