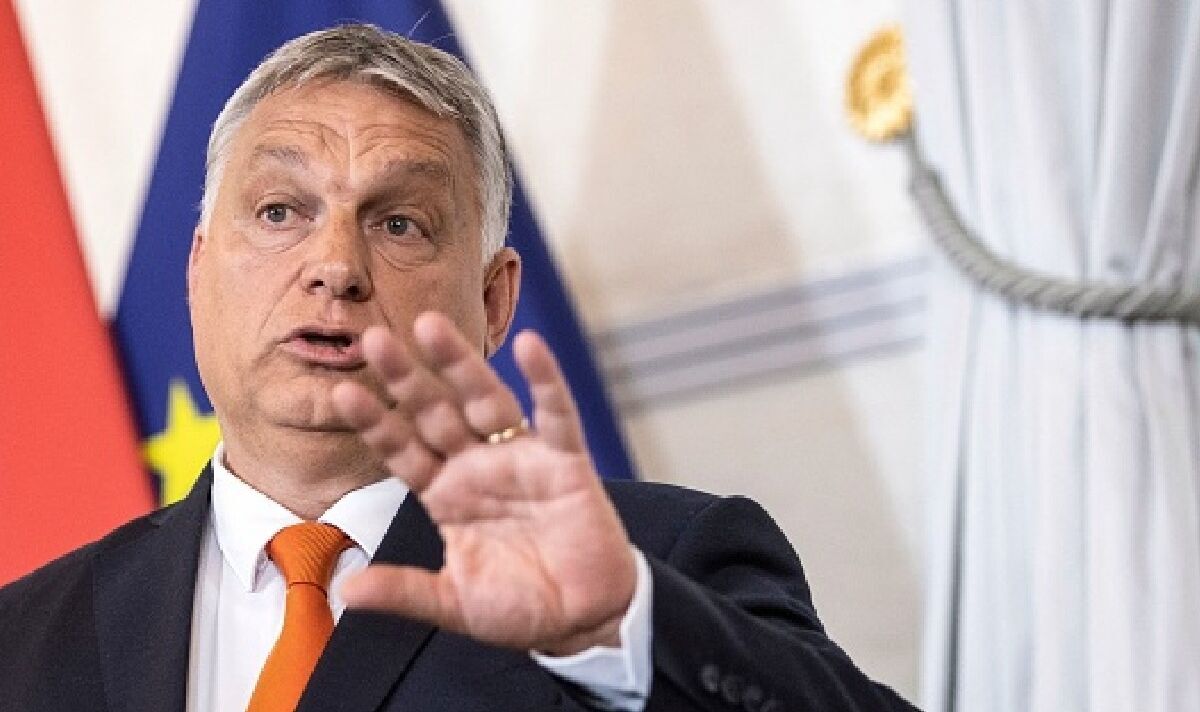 Hungary reached out to Vladimir Putin last week to secure more gas for the winter. Hungarian foreign minister Peter Szijjarto met with his Russian counterpart Sergey Lavrov in Moscow where pair discussed the possibility of ensuring more gas supplies and finding a peaceful solution to the war in Ukraine.

On Friday, Hungarian Prime Minister Viktor Orban confirmed a new deal would be signed this summer to provide his country with an additional 700 million cubic metres of gas.

He said: “We are negotiating with the Russians … this deal can be signed during the summer, and then we will be safe.

“Hungary will have enough gas.”

The deal would come as a blow to Brussels’ efforts to become ever less dependent on Moscow for energy supplies.

“As there are no European sanctions on gas, it does not violate any of its obligations, it is just a thumbs up to the twenty-six other countries.

“But symbolically, it leaves the European concert.”

The move comes as Russian gas producer Gazprom said on Saturday it had stopped sending gas to Latvia after accusing it of violating supply conditions, a move the Baltic country said would have little impact on its gas supplies.

Russia has already cut off gas supplies to Poland, Bulgaria, Finland, Netherlands and Denmark, which refused to pay for gas in line with an order by President Vladimir Putin requiring rouble accounts to be set up in a Russian bank.

READ MORE: ‘In a lot of trouble’ Putin braces for defeat amid Kherson battle

In a statement on Saturday, Gazprom did not specify which gas supply conditions Latvia, a European Union and NATO military alliance member bordering Russia, had allegedly violated.

Edijs Saicans, deputy state secretary on energy policy at the Latvian Economy Ministry, said Gazprom’s move would have little effect given that Latvia has already decided to ban Russian gas imports from Jan. 1, 2023.

“We do not see any major impacts from such a move,” he said.

Gazprom’s announcement came a day after Latvian energy firm Latvijas Gaze said it was buying gas from Russia and paying in euros rather than the roubles required when trading with Gazprom.

A spokesperson for Latvijas Gaze, however, said on Friday that it was not purchasing gas from Gazprom. Latvijas Gaze would not name its Russian provider, citing business confidentiality.

Latvijas Gaze did not immediately respond to a request for comment on Saturday following Gazprom’s announcement.

EU countries agreed last week to an emergency regulation to curb their gas use this winter, preparing for a winter of uncertain supplies from Russia.

In March, Putin said the world’s largest natural gas producer would require countries designated as “unfriendly” in their stance on Moscow’s actions in Ukraine to pay for piped gas in roubles.

The European Commission – which has warned that complying with Putin’s order could breach EU sanctions on Moscow – has urged companies to keep paying in the currency agreed in their contracts with Gazprom. Most are in euros or dollars.