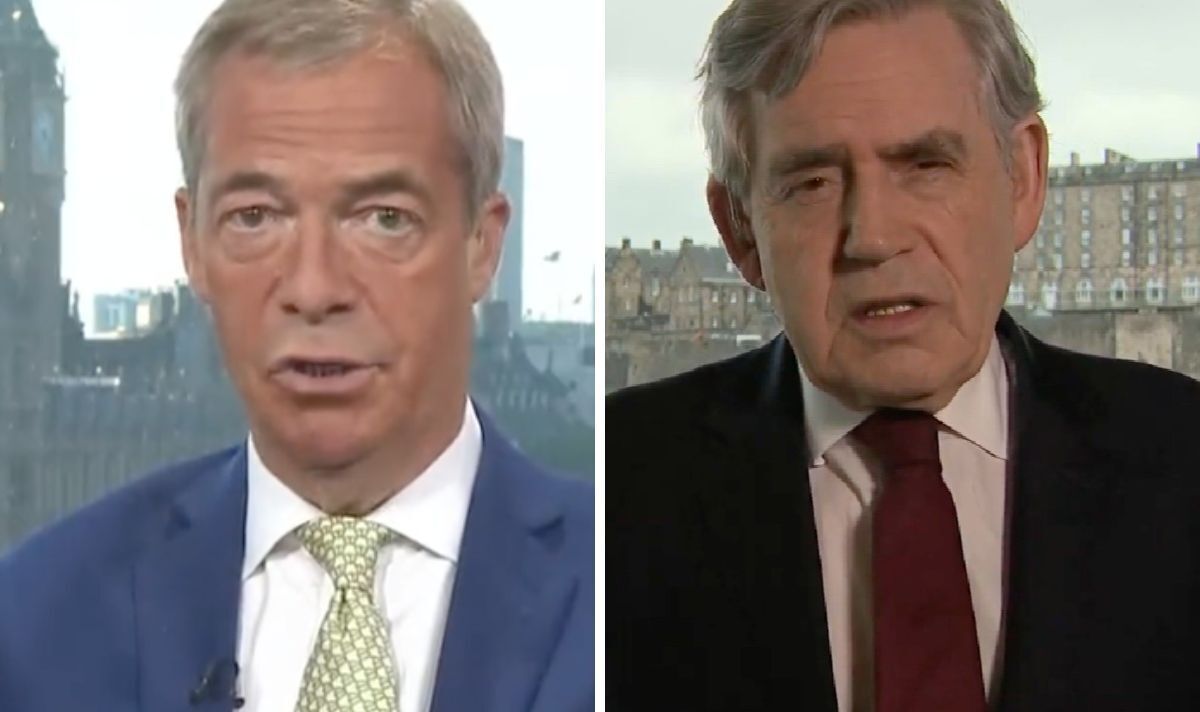 Nigel Farage hit out at the former Labour Prime Minster after Gordon Brown for suggesting the crisis with soaring energy costs could be solved with greater support in benefits. Mr Farage questioned where the money to fund a massive increase in benefits payments would come from and called instead for the Government to focus on making the UK more energy-independent.

Mr Farage told GB News: “It’s funny, isn’t it? Ex-Prime Ministers never ever go quietly they always feel the need to intervene and it’s back to being Flash Gordon.

“Yes, not just the saviour of the planet as he told us he was in the financial crash of 2008, no the saviour of people in this country. He says fuel poverty is creating a left-out generation that will never recover from the scars.

“Now look, Gordon Brown is right about one thing we are on the edge of an economic situation that for many millions of people actually genuinely is going to be an emergency. We can’t pretend any different to that, indeed, very interesting when consumer groups say that by the end of this year, up to half of households will either not be able to pay their bills at all or will need to increase borrowings to do so.

“We’re facing a real problem. This is potentially much worse than the oh eight financial crash much worse. I think to that what happened in 1973. When the oil price shock. This is a bit more of a 1929-type moment we’re potentially looking at.

JUST IN: Irexit calls surge: ‘Friction rising’ between EU and Dublin – ‘Days of being catspaw over’

“But the Brown solution is, of course, massive increases in benefits. He doesn’t suggest for a moment anywhere, how any of it might be funded. And he doesn’t mention the fact that because of this mindless pursuit of net zero goals we have and this is Labour and Conservative governments.

“We have significantly put up the price of energy in this country. We are not energy-independent. We’re nowhere near it and actually a lot of this we’ve done to ourselves now on that, you know, I would say that the 5 percent VAT on fuels gotta go.

“I would also say with 25 percent surcharge on all of your electricity bills for renewable and social obligations. That has to go as well. That would be a start, but whoever wins this contest is going to have to think very, very hard and fast about what they do.”

Prime Minister Boris Johnson has been urged by Mr Brown to trigger the UK Government’s emergency response committee to deal with the crisis.

The party estimated the cost of the policy would be £36 billion and suggested the windfall tax on oil and gas company profits should be expanded to help cover it.

Sir Ed said: “This is an emergency, and the Government must step in now to save families and pensioners £1,400 by cancelling the planned rise in energy bills this October.”

While Scotland’s First Minister Nicola Sturgeon has called for an urgent meeting between the heads of the devolved administrations to address the cost-of-living crisis.

Ms Sturgeon urged the Prime Minister to move a proposed meeting between the heads of the UK’s Governments from September to this week.