Skip to content
HomeNews‘Now is the time!’ Doctors warn of strike action following demands for a 30% pay rise 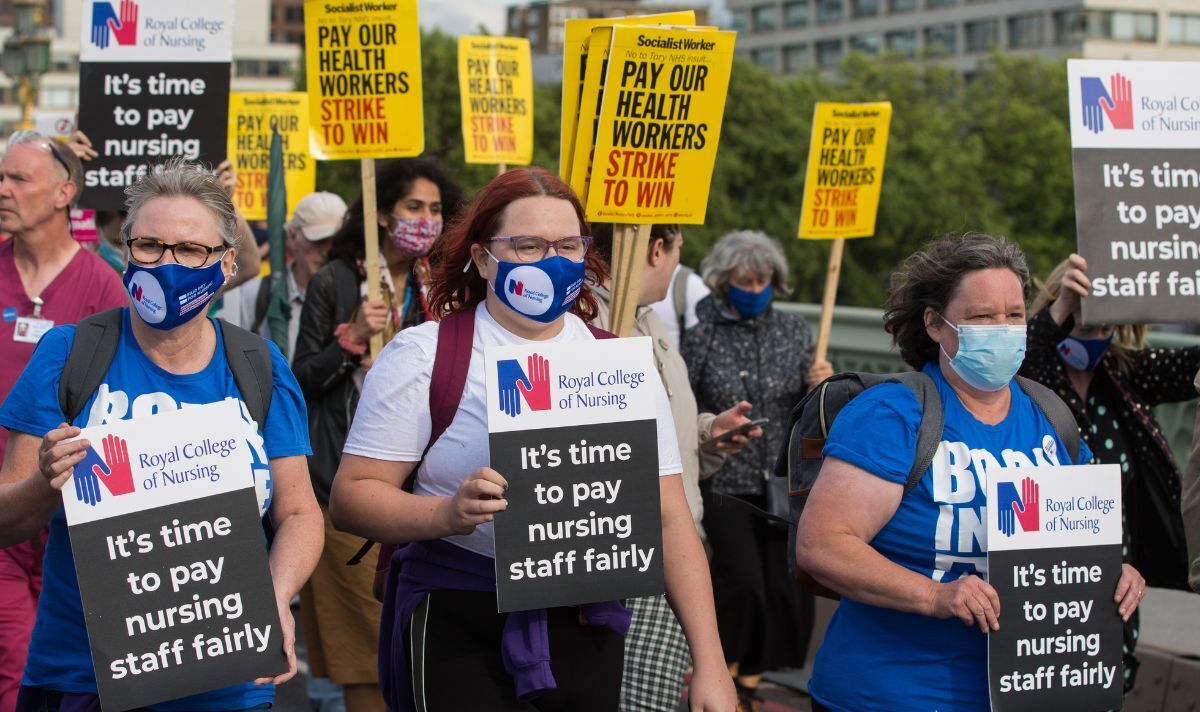 Following the strike action of the railway workers last week led by The National Union of Rail, Maritime and Transport Workers (RMT), doctors and medics were inspired to fight for their own pay rise and threaten strikes. The doctors have vowed that “now is the time to fight” amid the cost of living crisis, soaring inflation, and strike action from other workers.

The British Medical Association’s (BMA) annual conference in Brighton saw a vote from representatives to force ministers to approve a pay increase.

It is argued by the BMA that the increase would ensure that repayments are being made for the real-term salary cuts that have occurred since 2008.

Dr Emma Runswick spoke at the conference and supported the motion saying: “Pay restoration is the right, just and moral thing to do, but it is a significant demand and it won’t be easy to win.

“Every part of the BMA needs to plan for how to achieve this. But I’m not foolish, I know that it’s likely that industrial action will be required to move the Governments on this issue.”

The doctor added: “All around us, workers are coming together in trade unions and winning big – last month bin men in Manchester 22 percent; Gatwick airport workers won a 21 percent pay increase two weeks ago, and in March cleaners and porters at Croydon hospital won a 24 percent pay rise.

“Those workers got together and used a key tool that trade unions have – the ability to collectively organise, collectively negotiate and collectively withdraw our labour…vote for this motion and I’ll see you on the picket lines.”

The doctors said they were fed up of “sitting on our hands” and noted their support for industrial action to get their pay rise approved.

Trainee accident and emergency doctor Joanna Sutton-Klein, 28, said: “Some people might think the demand for full pay restoration is too high – they might even think it is outrageous.

“But I’ll tell you what is outrageous…that our pay continues to be cut.”