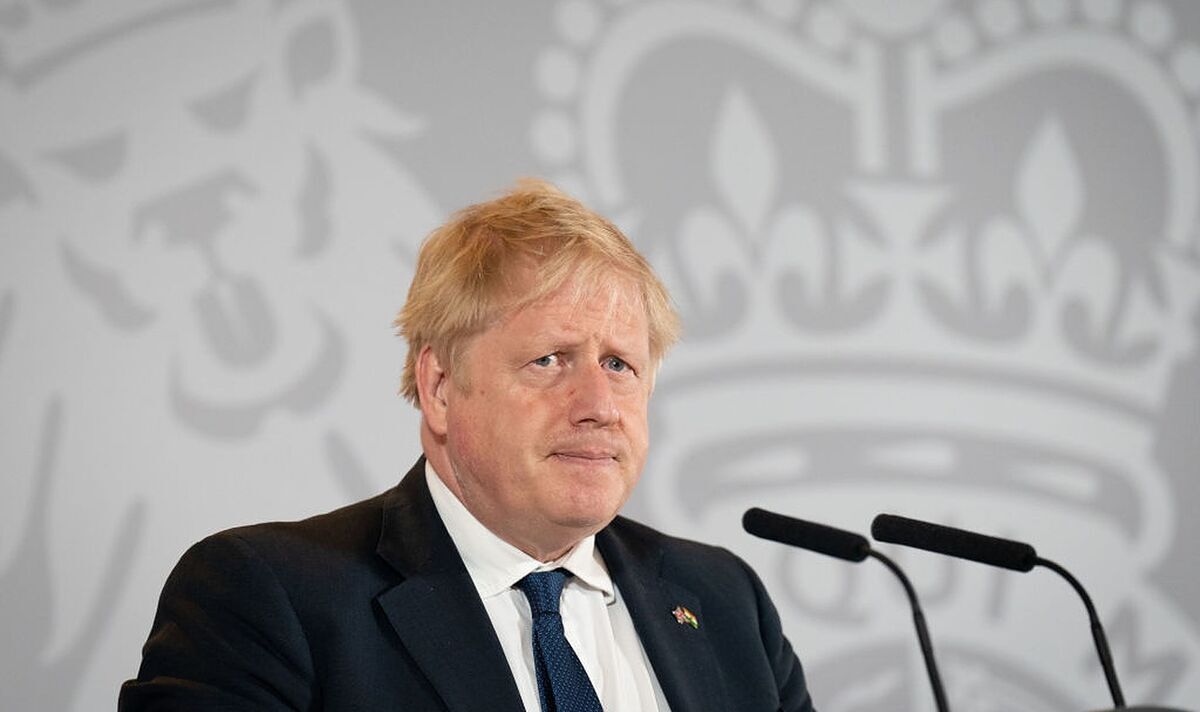 Mr Johnson is reportedly planning legislation that would give ministers the power to suspend customs checks on goods entering Northern Ireland, a move that is likely to cause fury in Brussels and Washington. A senior European diplomatic source told the Times that the move will benefit Vladimir Putin who will be “delighted” that the West is split and any respect the Prime Minister has gained during the Ukraine crisis will “disappear instantly”.

They said: “With war in Ukraine entering a new phase, now is not the time to undermine western unity just to play to Tory backbenchers in Westminster or the DUP gallery in Belfast.

“Putin will be delighted that the West is split and the UK is ready to unilaterally ditch an international treaty agreed less than three years ago.

“Any leadership capital Johnson has built up over Ukraine will disappear instantly.”

There has been concern in Whitehall that pressing ahead with the move during the Ukraine crisis could anger President Biden and EU leaders.

Civil servants have also told Downing Street that a trade dispute with Brussels over Northern Ireland would make the cost-of-living crisis worse.

According to reports in the Financial Times, Mr Johnson and Foreign Secretary Liz Truss have discussed plans that would allow Britain to unilaterally suspend checks on goods entering Northern Ireland from Great Britain.

This would override the customs checks agreed during the Brexit talks which created an invisible trade border in the Irish sea between Great Britain and Northern Ireland.

This bespoke arrangement was developed as Northern Ireland borders the Republic of Ireland which has remained in the EU.

The Foreign Secretary has considered triggering Article 16 the protocol’s emergency override clause but has ultimately backed away.

Negotiations with Brussels have also failed to resolve the impasse.

Stormont has been unable to act in a constructive way since the resignation of DUP First Minister Paul Gavan in February, which effectively led to the collapse of the Northern Ireland Assembly.

There are elections to Stormont on May 5 but with Sinn Fein likely to become the largest party for the first time ministers may be forced to act.

Unionists have indicated that they will find it difficult to work with a Sinn Fein First Minister which may well complicate and frustrate efforts to deal with the protocol further.