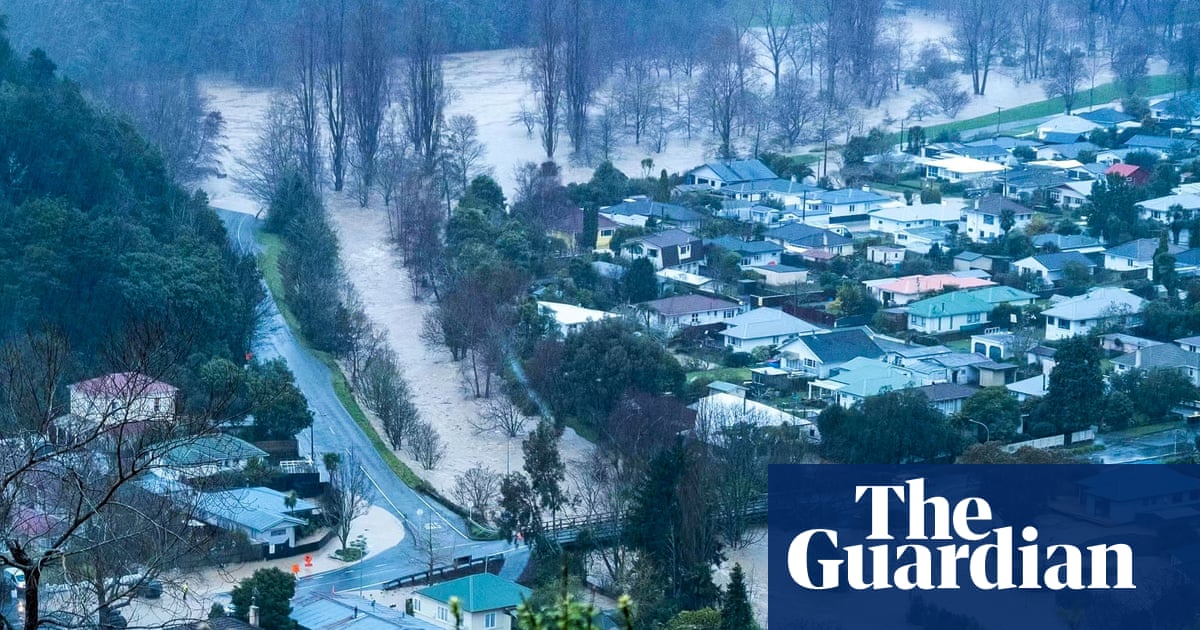 Torrential rain in New Zealand’s northern and central regions has eased after four days of downpours forced hundreds of people from their homes, although there were 100 new evacuations early on Saturday.

The South Island city of Nelson has been the worst affected, with hundreds of homes evacuated over the week and some rendered uninhabitable. Towns in the North Island have also been cut off, as floods submerged roads and homes.

At the same time, several parts of the North Island saw record temperatures for August, including Auckland airport at 21C and Gisborne at 22.6C.

“Things going forward look quite different from this past week,” the Metservice weather forecaster said in a Twitter post. “Most of the rainfall activity is still mainly in the west, but with much lower accumulations.”

Earlier, it had said warnings and watch alerts were lifted after rain eased in northern and central areas.

But there were about 100 new evacuations overnight, the New Zealand Herald said.

Kieran McAnulty, the emergency management minister, thanked those assisting in the rescue effort but added that the area’s recovery would be a “long and difficult” process.

“States of emergency remain … in Nelson-Tasman, Marlborough and West Coast,” he said on Twitter.

In the Tasman district adjoining Nelson, a total of 508 homes had been evacuated, emergency authorities said.

The overnight rains had widened the inundations to the Cannan-Upper Takaka area and the Richmond ranges, they added.

A warning for heavy rain remains in southern Fiordland in the South Island.

“A couple of fronts are expected to affect Fiordland from this afternoon to Sunday morning, bringing a period of heavy rain,” Metservice said on its website.

Britain’s Prince William and his wife, Kate, said affected New Zealanders were in their thoughts.

“Seeing the devastation caused by the floods in New Zealand is a reminder of the herculean effort we must all make to protect our planet,” the royal couple posted on Twitter.