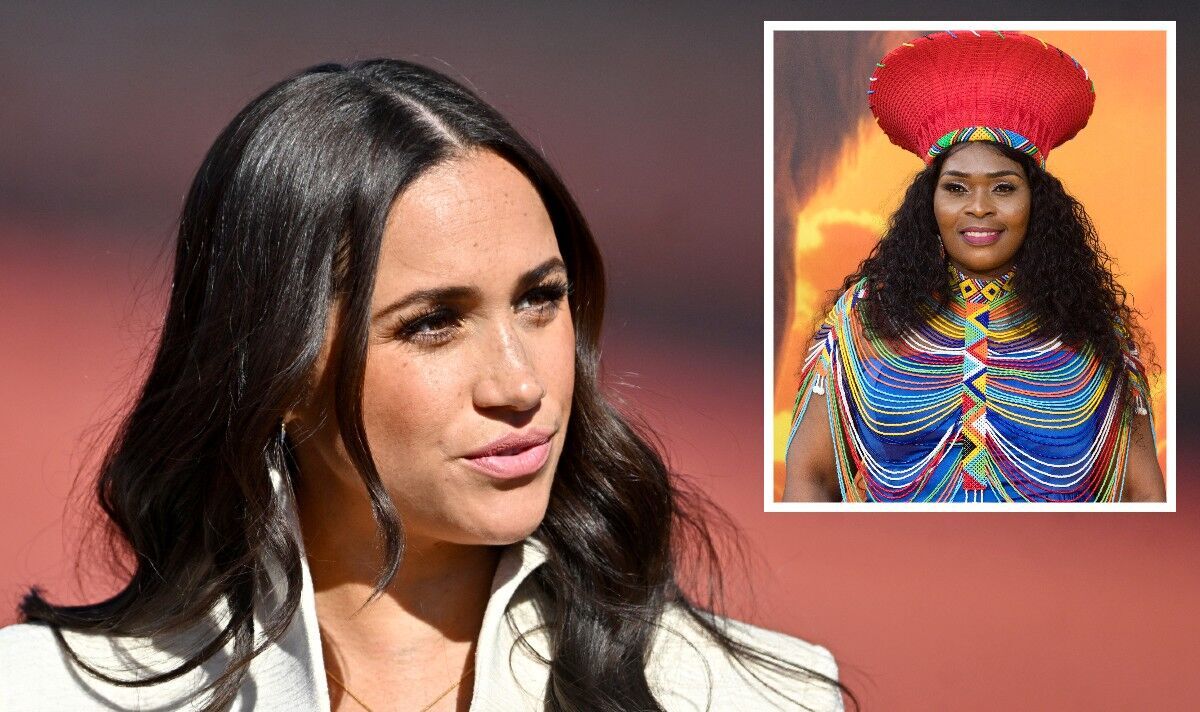 In her interview with The Cut, Meghan reportedly claimed to have spoken with a South African cast member, who suggested her marriage to Prince Harry sparked scenes of joy in South Africa similar to the 1990 release of anti-apartheid campaigner Nelson Mandela from prison. Speaking about her enounter with the cast member in question, Meghan said: “He looked at me, and he’s just like light. He said, ‘I just need you to know: When you married into this family, we rejoiced in the streets the same we did when Mandela was freed from prison.'”

Earlier today, a man claiming to be the only South African cast member denied ever having met Meghan Markle.

Dr Kani, a veteran of the prestigious Royal Shakespeare Company who voiced the mandrill shaman Rafiki, said he was “baffled” by the Duchess of Sussex’s claim, saying he believes she had made a “faux pas”.

Express.co.uk has approached Odeon and Disney to confirm the guestlist of the premiere.

South African singer, Lindiwe Mkhize, who sang Circle of Life in the 2019 remake and has also been an actor in the stage play, was also in attendance at the event.

But an insider close to the actress and singer told Express.co.uk that she “did not speak to Meghan” that night.

The source said: “I’ve known her for over a decade.

“I was there with her that night.

“She did not speak to Meghan.”

This came just hours after Dr Kani’s claim that he did not attend the premiere.

He added: “I went to Hollywood as we opened there and from there I had to go immediately to Paris where I was shooting a film sequel, so I couldn’t hang around.

“The only South African was me playing Rafiki.

“But I did not go to the opening in Leicester Square as I didn’t have the time to do that.

“It just may be a mis-remembering on her side.”

Speaking to the MailOnline, he said: “It can never be compared to the celebration of someone’s wedding.

“Madiba’s celebration was based on overcoming 350 years of colonialism with 60 years of a brutal apartheid regime in South Africa.

“So It cannot be equated to as the same.”

He added: “Every day there are people who want to be Nelson Mandela, either comparing themselves with him or wanting to emulate him.

“But before people can regard themselves as Nelson Mandelas, they should be looking into the work that he did and be able to be champions and advocates of the work that he himself championed”.