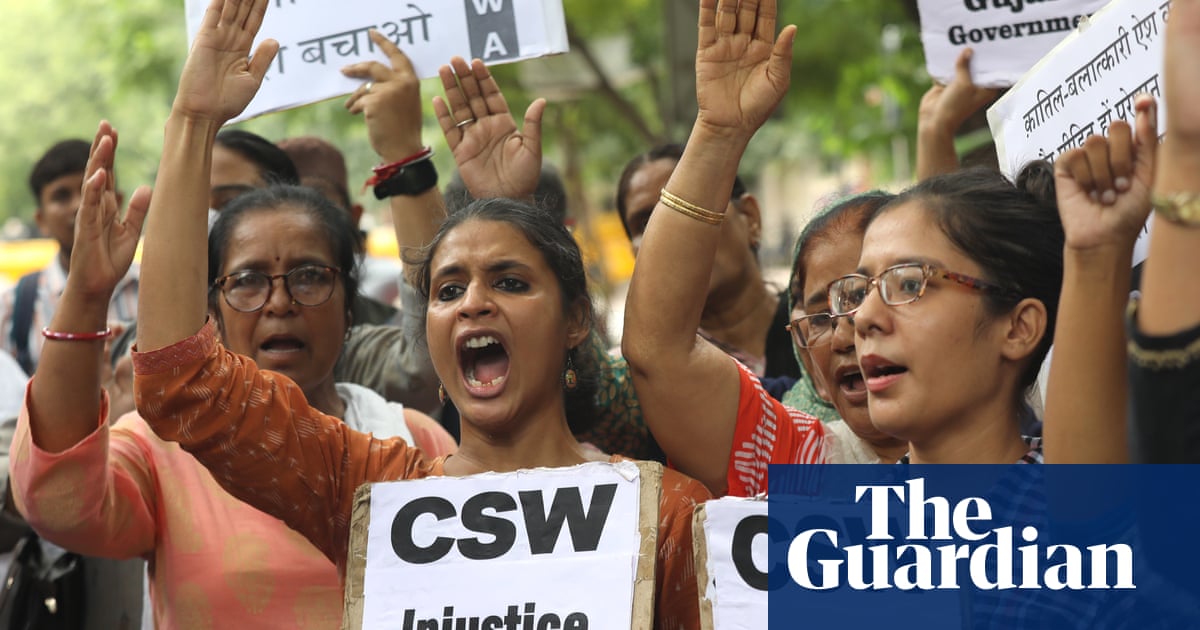 A Muslim woman who was gang-raped by a Hindu mob, which also murdered her three-year-old daughter and 13 other members of her family, has spoken of her incredulity at the release of the 11 men jailed for the crimes.

The men were released on Monday by the Gujarat government after serving 14 years of their life sentence. Under Indian law, after 14 years, some prisoners can be released on remission provided they fulfil certain criteria relating to their age and conduct.

Bilkis Bano and her husband had no prior notice that the men were going to be released. She said the news came as a thunderbolt and left them “numb” with disbelief.

“Today, I can only say this – how can justice for any woman end like this? I trusted the highest courts in our land. I trusted the system and I was slowly learning to live with my trauma. The release of these convicts has taken from me my peace and shaken my faith in justice,” Bano said in a statement issued through her lawyer on Wednesday.

The attack took place during the 2002 anti-Muslim pogrom in Gujarat.

For Indian Muslims, the release has stirred up the horrors of the anti-Muslim riots. In three days more than 1,000 people, mostly Muslims, died and hundreds of Islamic monuments were destroyed or vandalised.

On 3 March 2002, a mob raped Bano in a village near Ahmedabad. She was 19 and pregnant. Her mother was also raped. The mob killed her three-year-old daughter. Bano only survived because the mob thought she was dead.

In all, 14 members of her family were attacked. Only Bano, a nephew and one other man survived. The bodies of six of her relatives were never found. It took a long struggle in the courts before the men were finally convicted in 2008.

The decision to release the men was made by the Gujarat government, which is ruled by the Hindu nationalist Bharatiya Janata party (BJP). It has triggered outrage among the opposition.

For many BJP critics, it was another insult to Indian Muslims, who already feel marginalised and targeted by the BJP and Hindu fringe groups.

Rahul Gandhi, the leader of the opposition Congress party, said the decision made a mockery of prime minister Narendra Modi’s speech on Independence Day earlier this month when he urged Indians to change their mentality towards women and spoke of “nari shakti” or women’s power.

“It is important that in speech and conduct, we do nothing that lowers the dignity of women,” said Modi.

“Prime Minister, the entire country is seeing the difference between your words and deeds,” Gandhi said in a tweet.

Asaduddin Owaisi, a Muslim politician, also condemned the release. “The country is watching how the BJP gives only lip service to women’s empowerment and respect for women. But when it comes to Muslim women, they forget them.”

Some legal experts say the release goes against guidelines stipulating that the remission policy is not for rape and murder convicts. Others say all prisoners are entitled to it once they have served 14 years.

“This is a decision of a majoritarian penal state and signals impunity for hate crimes,” said lawyer and human rights activist Vrinda Grover. “The message is clear for women – the state will unleash the wrath of the law selectively … Religion seems to be a criterion for rewarding convicts with early release from prison.”

For the Bano family, the legal grey areas and political row are not uppermost in their minds. They wonder if they will ever feel safe again, with her rapists returning to their villages, which are not far from hers.

Their dismay has been compounded by the convicts being welcomed with garlands and sweets on walking out of jail.

“I appeal to the Gujarat government, please undo this harm. Give me back my right to live without fear and in peace. Please ensure that my family and I are kept safe,” pleaded Bano.