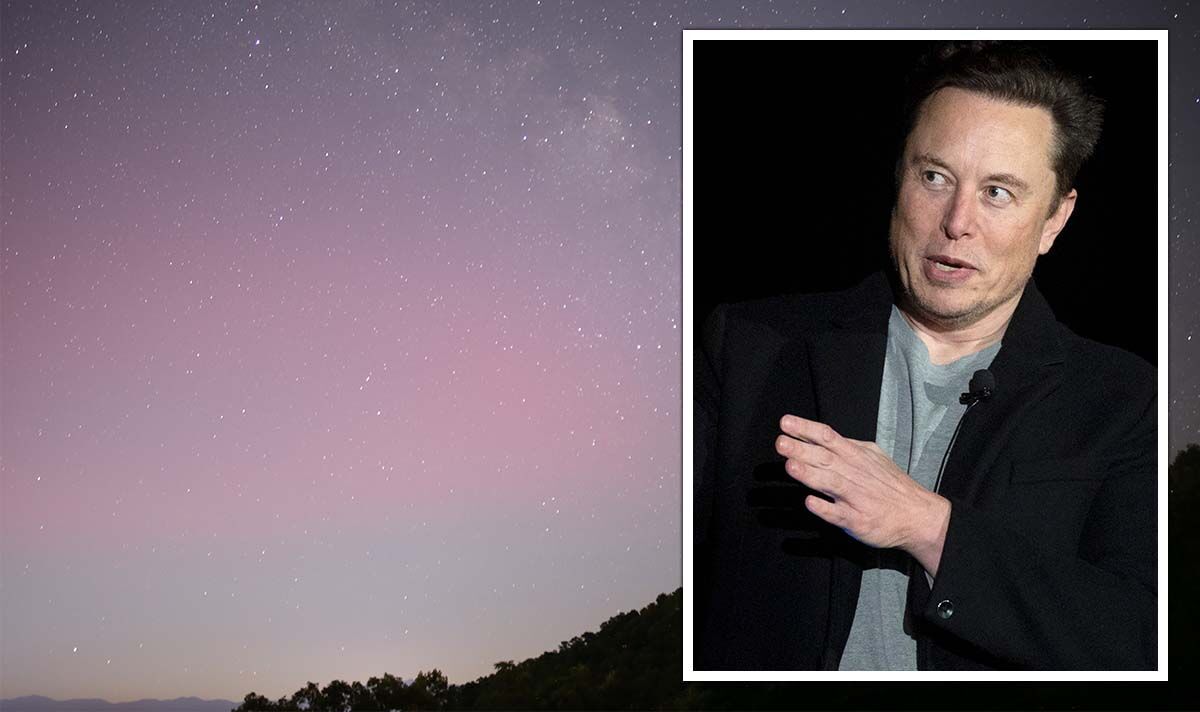 The aurora, sometimes known as the polar lights, are natural light shows caused by the solar wind disturbing the Earth’s magnetosphere. Charged particles — mainly electrons and protons — precipitate into and excite the Earth’s upper atmosphere, causing it to glow. The wavy patterns that result often resemble curtains of light that follow the lines of force lines of the geomagnetic field, and usually shine in colours of green and pink.

Last Sunday, however, astronomers across the US were surprised to witness an apparent aurora that glowed ruby red instead.

One such stargazer was photographer Christopher Hoffman of Saint Mary’s County, Maryland.

Mr Hoffman told spaceweather.com: “I went out with some first-time photographers to teach them how to set up their cameras for night sky photography.

“We took a 30-second exposure, and when the exposure was finished I saw this red glowing area covering the Milky Way.”

As the strange ruby glow occurred when there was no geomagnetic storm in progress, there had to be another explanation for the unusual phenomenon.

The glow appeared around ten minutes after a SpaceX Falcon 9 rocket launched from Cape Canaveral in Florida.

The launch was undertaken to deliver a satellite into low-Earth orbit for the US-based communications firm Globalstar.

And according to space physicist Jeffrey Baumgardner, it was this launch that caused the sky above the US to take on a reddish hue.

This isn’t the first time that rockets have caused the sky to glow in this way.

The launch of a Titan IV rocket from the Kennedy Space Center on April 30, 2005, caused a similar red light show over the eastern United States.

This event was studied by Mr Baumgardner and his colleagues in a 2008 paper published in the journal Space Weather.

They wrote: “Ionospheric disturbances unrelated to solar-terrestrial activity can be caused by the introduction of large amounts of rocket exhaust into the thermosphere-ionosphere system.

“The effect is a sudden depletion of the ionospheric total electron content that results in severe spatial gradients over a large region.”