Skip to content
HomeNews‘Mind your own business!’ Biden and Pelosi savaged for ‘lecturing’ UK over Brexit row 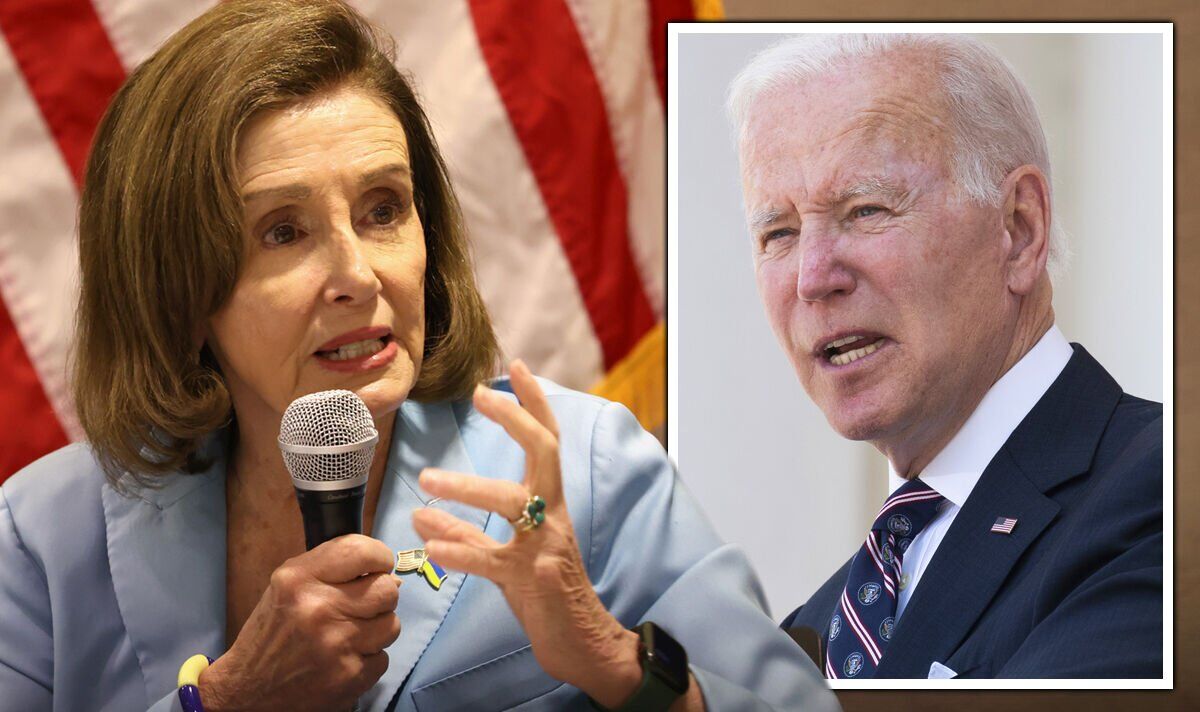 Britain is getting on the front foot against the European Union by tabling legislation before the House of Commons which would see large parts of the controversial Northern Ireland Protocol completely ripped up. But the aggressive move has infuriated Brussels, with EU leaders warning every power available will be used to retaliate against the UK – sparking fears of a damaging post-Brexit trade war. Last month, Joe Biden‘s spokesman took a swipe at Boris Johnson over plans to unilaterally override the protocol, insisting the Prime Minister instead show “leadership” and keep talking to EU officials about the argument.

Ms Pelosi, speaker of the House of Representatives, insisted the protocol must remain in its current form to maintain the peace agreement in Northern Ireland.

She warned any move from Britain to change the post-Brexit trading arrangements for Northern Ireland could put a trade deal with the US a serious risk.

Derek Chollet, a senior adviser to the US Secretary of State Antony Blinken, then issued his own warning, urging Britain to avoid a “big fight” with the EU.

But Nile Gardiner, a Washington-based foreign policy expert, has lashed out at Mr Biden and Ms Pelosi for “lecturing the British people on their own laws and policies”, which he claims shows a a “complete lack of respect for the UK and British people”.

Speaking to Express.co.uk, he said: “Joe Biden and Nancy Pelosi need to mind their own business as they are interfering in British internal matters.

“It is not the role of the White House or Speaker of the House of Representatives to lecture the British people on their own laws and policies.

“This is exactly what Biden and Pelosi are doing.

“It is a demonstration of a complete lack of respect for the UK and British people.

“Staggering ignorance in the White House and among Democrats in the US Congress in regard to the realities of the NI Protocol.”

He also accused those leaning to the political left in the US of “spinning this story about how the British are determined to undermine it”.

The ardent Brexiteer said: “The Biden administration and allies in Congress are spreading complete lies and disinformation about the protocol, about UK Government intentions and policy.

“The UK Government has no intention of undermining the Good Friday Agreement and yet the US left are spinning this story about how the British are determined to undermine it.

“The level of arrogance and sheer ignorance is staggering with regard to how Biden and Pelosi have approached this. It’s appalling.”

During an appearance at a conservative think tank in Washington, he was asked about the interventions from the Biden administration on the issue of the protocol.

Lord Frost told the Heritage Foundation: “I know the administration is looking at this very closely. I’m not convinced the niceties are well understood.

“I get slightly frustrated when we are told by a third party, albeit a very important one in this context, how to manage these issues.

“It is our country that faced terrorism, faced the Troubles.

“I am old enough to remember having to check under my car every morning, as a diplomat, before I went to work. Most people were very affected in one way or another by this.

“So we don’t need lectures from others about the peace process and the Good Friday Agreement. We are well aware of this and nobody wants to go back to it.

“In the end it has got to be our judgement about what is needed to preserve that agreement and preserve the unity of the country and the consent of everybody in Northern Ireland for these arrangements.”